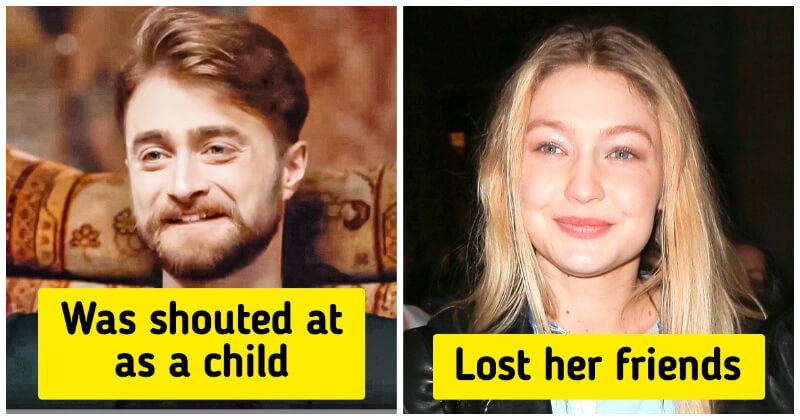 With the rise of social media, we have an insight into celebrity culture. That means we get the first look at the way they live, what they buy, and how they eat or sleep. Which shows a lot of luxury.

While it may look glamorous, being a celebrity is not all fun and games. As it turns out, it also has its downsides.

Things like hordes of paparazzi follow them around everywhere they go, and they also have to be careful about what they say in public, all of which can be construed as newsworthy and end up in tabloids. And, of course, there is the pressure to look perfect all the time.

In fact, we aren’t short of horror stories about how fame has ruined celebrities’ lives, especially young people in the entertainment industry. Some celebrities have spoken out about the challenges associated with being famous, and here are some of their candid thoughts. Lady Gaga talked about how she felt she couldn’t be her authentic self because of how popular her “Gaga” persona had become in the media. “I felt threatened by the things my career brought into my life and the pace of my life,” she revealed. Kristen Stewart stated in one of her interviews that fame without great intentions is meaningless. “Fame is the worst thing in the world,” she said. “Especially if it’s pointless.” While fame brings him lots of adoring fans, Daniel Radcliffe has haters as well. “If you just hear people booing and shouting stuff at you and about you, that, as a kid, sucked,” Daniel recalled his experience with the paparazzi. In one of her interviews, she discussed how her profession influences her friendships and how she copes with them. “I’ve lost a lot of friends because I’ll get busy for a short period of time, and they’re not reaching out, but if I don’t reach out, then it’s like I’ve changed,” she claimed. Ironically, being surrounded by fans all the time did not preclude Robert Pattinson from feeling lonely. “It’s strange, you don’t have a normal life anymore,” he said. “People don’t realize how lonely you are.” Jennifer Lawrence was unable to come to terms with her celebrity despite appearing to have obtained international fame. “It’s as simple as that. I am just a normal girl and a human being, and I haven’t been in this long enough to feel like this is my new normal.” Meghan Fox revealed what it’s like to experience people’s disdain as well as their adoration. She said: “Fame is that, but on a global scale, where you’re being bullied by millions of people constantly,” All of this media attention diverts attention away from what truly matters in terms of what actors do. Brad Pitt said of press tours, which are an unavoidable aspect of film releases. In his words: “Somehow, you’re not supporting your film if you don’t get out on a show and talk about your personal life.” Being famous also means continuously having to deal with rumors and gossip that appear out of nowhere. Julia Roberts, like many other celebs, had to cope with the rumor mill early in her career. “It’s so absurd and frustrating. Why should I have to explain something that’s never been an issue in my life?” Ford considers fame to be a “burden” on humans and has stated that he has never appreciated it. “There’s nothing good about being famous,” said Ford. He also hates the loss of privacy. “You never figure the cost of fame will be a total loss of privacy. That’s incalculable.”