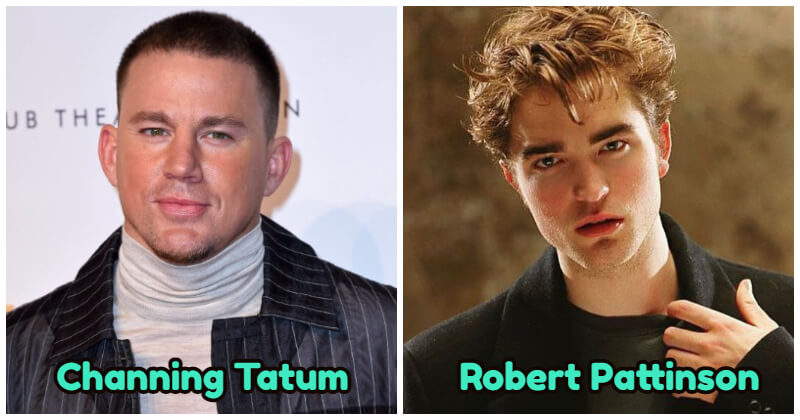 Male models have always been an amazing asset to any industry, whether it is photography or modeling. But acting?

But is it really difficult to see: Not only do they have the body of a model, but they also have the acting chops to boot. Some of these actors have gone on to great success in their careers, while others may be more well-known for their work in other parts of the film industry. No matter what their experience in the modeling world was, these actors excelled in their work as actors.

But who else is on this list that you don’t know about? Here are 20 of the most amazing actors who started out as male models. In the mid-1990s, a young James Marsden appeared in a Versace ad shot by Bruce Weber. He’d already established himself as a successful model while pursuing acting jobs in series like “The Nanny,” “Party of Five,” and “Blossom” in the 1990s. In 2000, he earned his most important part to date: Scott Summers, nicknamed Cyclops, in “X-Men.” Ashton Kutcher is another handsome face that has posed for Calvin Klein! Before he became a household name on “That ’70s Show,” Ashton was walking the runways of Paris and Milan during fashion weeks. Jamie Dornan from “50 Shades of Grey” is a great example of model succeeding as an actor. Before memorizing lines, the Northern Irish actor was a highly successful model, scoring ads for Calvin Klein and Armani. Channing Tatum is a huge movie star these days, but he started out as a model in the early 2000s. Early in his career, he worked with Armani, Nautica, Dolce & Gabbana, American Eagle Outfitters, and Abercrombie & Fitch. In 2004, he made his acting debut in an episode of “CSI: Miami.” Djimon earned a name for himself in the industry while living in Paris before migrating to the United States and trying his hand at acting. He began his career with guest appearances on “Beverly Hills, 90210” and “ER,” and he received a Golden Globe nod for his efforts in 1997’s “Amistad.” Tyson Beckford’s stunning face was most famous for modeling for Ralph Lauren in the 1990s, propelling him to become one of the most successful male supermodels of all time. It wasn’t long before Hollywood came calling: he portrayed himself in 2001’s “Zoolander” and acted in other ’00s flicks such as “Biker Boyz” and “Into the Blue.” A modeling scout found Justin Chambers long before he earned his role as Dr. Alex Karev on “Grey’s Anatomy.” He worked with several famous clients, including Armani, Dolce & Gabbana, and Calvin Klein, before deciding to try his hand at acting in the 1990s. Oscar nominee Mark Wahlberg was a model before he made his acting debut in the TV movie “The Substitute” in 1993. He notably starred in a series of Calvin Klein underwear advertisements with supermodel Kate Moss the year after his music group, Marky Mark and the Funky Bunch, scored No. 1 on the Billboard 100 with their song “Good Vibrations.” Source: STEFANIE KEENAN / GETTY IMAGES FOR A SENSE OF HOME

Tom Welling was working in construction when he was spotted by a modeling scout in the 1990s. While pursuing acting, he also worked for Tommy Hilfiger, Abercrombie & Fitch, and Calvin Klein. Tom made his debut as Clark Kent on the WB’s “Smallville” in 2001, a role he resurrected in an episode of “Batwoman” in 2019. Ian Somerhalder used to be a kid model! He worked from the age of 10 to 13 but opted to pursue acting in his teens. His first role was in the WB drama “Young Americans” in 2000. His most notable role was as Damon Salvatore in “The Vampire Diaries” from 2009 to 2017. Did you know Josh Duhamel used to be a model? And an award-winner at that! In 1997, he was named Male Model of the Year in an International Modeling and Talent Association competition, defeating Ashton Kutcher, who came in second! Two years later, he received his first major acting role as Leo du Pres in “All My Children.” Because his mother was a booker at a modeling agency, it was only natural for Robert Pattinson to try out modeling at such a young age. Practicing the brooding look helped him earn the greatest role of his career in 2008 when he began playing vampire Edward Cullen in “The Twilight Saga.” In the early 2000s, Eric Winter posed for Tommy Hilfiger and even appeared in a commercial for Britney Spears’ fragrance, Curious. He then changed his career path and began acting. Since then, his most well-known parts have been in “The Mentalist” in 2012 and 2013, and “Witches of East End” in 2013 and 2014. Model Mehcad Brooks’ break into acting came in 2005 when he won a role in “Desperate Housewives.” Since then, he’s been on “The Game,” “True Blood,” and, most recently, “Supergirl” as James Olsen. Though most people remember him as Sawyer on “Lost,” Josh Holloway had a successful modeling career before landing his first acting role. In the 1990s, he posed for Donna Karan, Dolce & Gabbana, and Calvin Klein, to mention a few. Then, in 1999, he got his first gig – a one-time appearance on an episode of “Angel.” He got his big break on “Lost” five years later. Boyd Holbrook began his career as a model, walking major runways and scoring notable campaigns for brands such as Gucci, Jean Paul Gaultier, Moschino, and Marc Jacobs. His first acting job was in the 2008 film “Milk,” but it was his performance in Netflix’s “Narcos” in 2015 that catapulted him to stardom. Antonio Sabato Jr. won one of the most sought-after modeling jobs early in his career, as an underwear model for Calvin Klein. He later gained popularity as Jagger Cates on “General Hospital” before becoming a household figure as Jack Perez on “Melrose Place” in the 1990s. This may come as a surprise, but Kellan Lutz worked as a model before landing the part of Emmett Cullen in the “Twilight” movie beginning in 2008. As a teenager, he modeled before transitioning to acting with a stint on “The Bold and the Beautiful” in 2004. Gabriel Mann was a runway model before becoming an actor, and he is most recognized for his role as Nolan in “Revenge.” He just landed a two-episode storyline on “The Blacklist” and made an appearance on Netflix’s “What/If.” Shemar Moore, the actor in “Criminal Minds,” began his career as a model. After improving such talents, he was cast as Malcolm Winters in the daytime drama “The Young and the Restless.” He portrayed the role from 1994 until 2005, and he reprised it in 2014 and 2019.

10 Movie Costumes That Actors Never Want To Put On Again