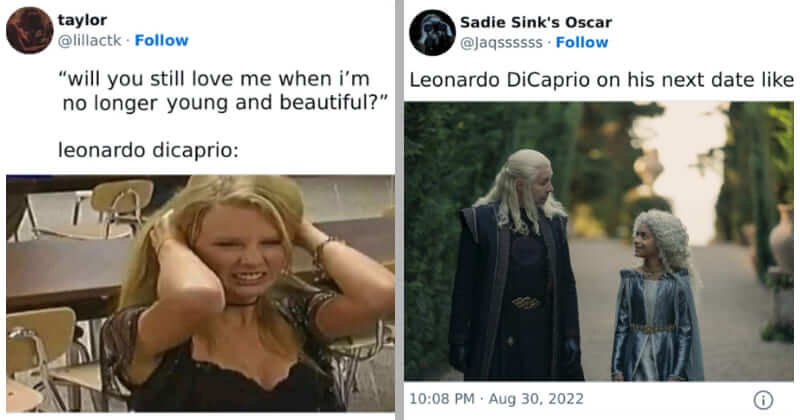 Leonardo DiCaprio is truly a talented actor. He has wowed audiences and entertainment executives all around the world with his tremendous range as an actor and performer. If you watch his movies, you might think, “Wow, this guy is really getting into his role”. In the fiercely competitive world of Hollywood, the “Titanic” actor is without a doubt the cream of the crop.

Besides his great acting ability, people couldn’t help but be interested in his relationships, particularly his unique choices of girlfriend. If you pay close attention to DiCaprio, you will realize that the actor refuses to date women older than 25. Many people see this as problematic and absurd. Recently, he broke up with his model girlfriend Camila Morrone just a few weeks after she turned 25, which gave people belly laughs. Twitter users mocked him online, and we have chosen some of the funniest tweets and memes for you. Scroll down below to check them out and enjoy. 8 Funny Idioms That Help You Speak Like Native Speakers

15 Funny Breastfeeding Memes That Capture The Hilarity Of Nursing Tragedy

Artist Illustrates Funny Everyday Struggles With Her Fiancé And Their Cats

20 Terrible Ideas But Great Executions To Help You Reduce Stress

You Will Never Get Bored Of These 17 Workspaces

Hold On!! These Confusing Photos Are Trying To Deceive You

16 Kids Who Have Their Own Way of Thinking

Pointlessly Gendered Marketing Tactics That Made Us Say, ‘WTF?’ (30+ Pics)

This Guy Explains Why Job Postings Must Include Salary Attached