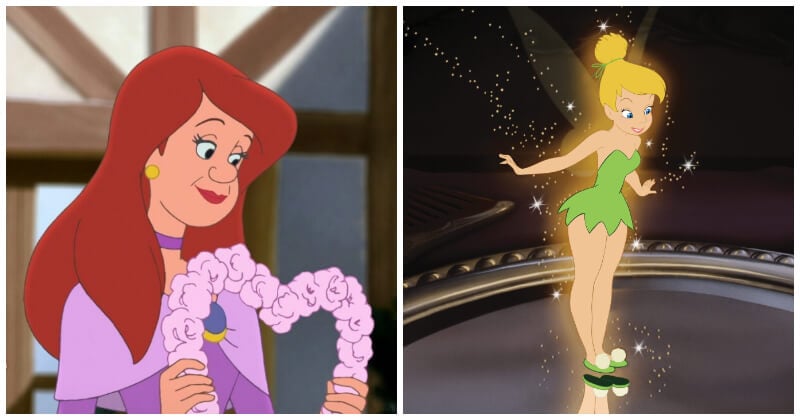 For more than a decade, people of all ages are captivated by the wonderful world of Disney, from catchy songs, and exciting adventures to lovable characters. Disney has become an unforgettable part of our childhood.

But just as Disney is known for its iconic characters, such as the endearing princesses, evil villains, and lovable sidekicks, they also make many underrated characters. At first, these characters were not easy to like because of their irritating personality traits, but over time, fans warmed up to them or even grew to love them.

Sidekicks, villains, and even protagonists, here are 8 unlikable Disney characters that have become some of the most beloved.

#1 Hades is the scariest yet funniest villain (Hercules) Hades is the main antagonist of “Hercules”. He is the brother of Zeus and the god of the Underworld. He foresaw that Hercules, son of Zeus, would stand in the way of his ascension to power. Therefore, he tried to kill his nephew when he was a child but failed. Hades is undoubtedly a villain, but he’s also sassy and full of humor. His humor and relentless quest have made him more popular than the main character, Hercules.

#2 Maleficent is one of the most beautiful villains (Sleeping Beauty)

When the king and queen gave birth to baby Aurora, they did not invite the evil Maleficent to christen her. Therefore, Maleficent interrupted the ceremony and proclaim that Aurora would stab herself in the shaft and die before she turned 16. Due to her style, her spells, and her extreme pettiness, Maleficent has won over many fans. She cursed a baby and an entire village simply because she was not invited to a party. Her transformation into a large fire-breathing dragon is rather amazing. Despite her faults, Maleficent is one of the most beloved villains, serving as a model for several Disney Park productions, attractions, and even two live-action films.

#3 Dory prevents Marlin from the hunt for Nemo (Finding Nemo) Dory is pacific blue tang fish. To find his son Nemo, he and Marlin go on an ocean voyage. When trapped in a dentist’s office, Nemo tries to plan a way out. Due to her short-term memory loss, Dory frequently irritates her overly sensitive companion and puts the two of them in sticky situations. However, she is incredibly lovable and lonely because she longs for a family to call her own, which she gets in Nemo and Marlin. No matter how much she can infuriate others, fans have grown to love her and often consider her one of the best Pixar characters.

At the start of “Moana”, Maui seems to be a villain, as he traps Moana in a cave and steals her boat when she comes to him for help. But after leaving the cave and returning to the ship, he helps her learn to sail so she can restore the Heart of Te Fiti. Throughout the movie, the egotistical demigod wins over both the audience and Moana. They quickly develop a close friendship. He becomes friendlier, more giving, and shows genuine concern for his little pal. Despite his conceited, haughty nature, he becomes one of the most beloved characters in the film.

#5 Anastasia gets a redemption story in third movie (Cinderella) Anastasia is one of Cinderella’s step-sisters. She enjoys seeing her mother, Lady Tremaine, treated unfairly and pays attention to whatever her mother says. She and her sister Drizella frequently treat Cinderella with the same contempt as their mother. In “Cinderella 3: A Twist In Time”, Anastasia takes the Fairy Godmother’s wand and goes back in time to put Anastasia in Cinderella’s place with the prince. Eventually, everything goes wrong, Anastasia realizes that everyone deserves happiness, including her step-sister (Cinderella), and she breaks the spell. Due to her nice actions in the third movie, many fans like her.

#6 Mater is a goofy yet lovable car (Cars) Tow Mater is Lightning McQueen’s best friend. He is a tow truck with a thick accent, a propensity for trailer tilting, and often says and does the wrong thing. He’s the funniest character in the film as he always makes jokes whether he knows it or not. Others often mock him, especially those not from Radiator Springs, and Lightning, the famous racecar, supports him. Though some of his personality quirks and statements might be grating, he is adored by fans and is more well-liked by viewers than Lightning himself.

#7 Scar is the definition of envy (The Lion King) Scar was the brother of King Mufasa. He has been jealous of his older brother his whole life and his success to the point where he wanted him dead. Then, in order to prevent anybody else from assuming the kingdom, he tries to kill Simba. Even though Scar is among the most terrible Disney villains, many still like him. He is lavish, endearing, and cheeky. In addition to his quick wit and amusing commentary, he may well be the greatest villain song of all time. In “Peter Pan,” Tinker Bell is an adorably little and spunky fairy sidekick, but fierce jealousy of Wendy and Peter’s relationship. She is extremely irritable and tries to ruin Wendy and any other women who come into Peter’s life. Now, Tinker Bell has become an iconic symbol of the Walt Disney Company, and we can see her fly across the castle in the opening sequence of most Disney films. Fans love her nimble, feisty, and self-righteous personality, and she’s evolved into a more developed and comprehensive character in her feature series.

The Hottest From the Cast Of Too Hot To Handle Season 3, Ranked