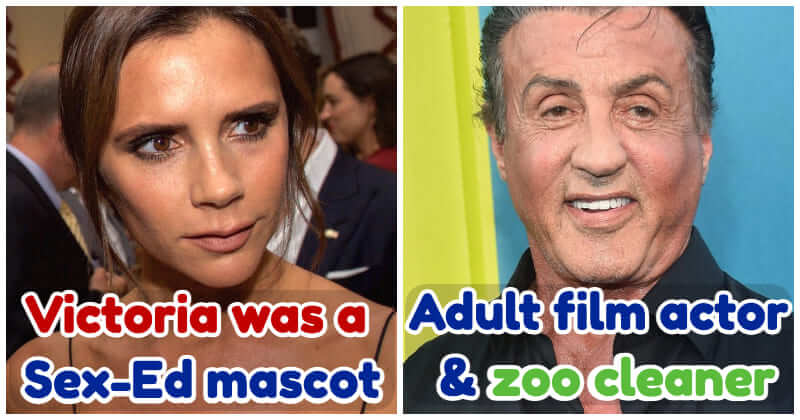 This essay proves that if you put in the time and effort, learn from your mistakes, and are willing to start off doing the less desirable tasks, and you will eventually rise to the top. You would assume that the vast majority of famous people today have never experienced hardship or are simply unaware of the difficulties faced by the common person in their day-to-day lives.

It’s easy to assume that today’s A-listers got where they are because they followed in their famous relatives’ footsteps, benefited from family ties to the industry, or got lucky breaks. It’s true that when you look at the lifestyles of some of the most renowned people in the world, it’s hard to believe that they were once regular people just trying to make ends meet. However, even these famous people, whom many of us hold such high esteem, had to begin their careers at the bottom. Her first job was extremely amusing, especially given she’s now all about fashion and looking fantastic. Victoria’s first TV appearance was on “Body Matters” You may think, well, being on TV so young is amazing. What’s the big deal? She appeared on the show as a roller-skating sperm. One of her early fashion blunders. Victoria frowns when she thinks of her job. Brad Pitt grew up loving movies. It was like escaping into another universe, so he worked hard to make his goal a reality and appear on TV. After college, Brad moved to L.A., where the film industry was booming. The first few months were difficult. He took acting lessons and got the occasional role, but he had to work to pay for his L.A. life and acting courses. He performed odd jobs, like masquerading as a chicken to distribute restaurant leaflets. His job at El Pollo Loco on Sunset Boulevard in Hollywood was to draw customers. He did whatever it took, and it paid off. Lady Gaga’s music industry shenanigans, what she says, and her daring costumes suggest a raunchy history. You’d anticipate that, but her past occupation would raise some concerns because she didn’t have a financially difficult upbringing. She came from an affluent family, but she wanted to be independent. At 18, she began stripping, go-go dancing, and waitressing so she wouldn’t have to rely on her parents. She’d dance to rock ‘n’ roll in black leather, which we might find uncomfortable, but she liked it because it gave her body confidence and let her express her sexuality. Before The Mask in 1994, which made her a sex symbol, Cameron did some modeling, but it wasn’t enough to pay the bills, so she accepted whatever work she could get. She considered acting but lacked experience. She jumped at the chance to become an actress. Her acting career began at 19, but not in Hollywood. She did a porn bondage shoot. Cameron did a topless S&M photo shoot that became a video. The guy in charge of the shoot tried to blackmail her: “Pay up, or the footage will be released.” Despite Cameron’s attempts, some photos and video footage leaked. She sued the unscrupulous photographer, who went to prison. In the past, he’s worked as a set decorator for sex movies. I guess you could call that a job in the acting industry. Yes, Jon did some time-consuming, dismal work, such as carrying ashtrays, props, and cameras about the set. Fortunately, he regained his acting chops and started landing gigs in front of the camera in Los Angeles, proving that his large risk of moving there was worthwhile. Even one of the best actors of all time began performing a trivial job compared to what he achieved in acting. Al Pacino is a legendary actor. Al’s portrayal of Tony Montana and Michael Corleone in the Godfather movies made him a legend. Al, a difficult, ill-disciplined child, never imagined he’d become a cinematic legend. Al struggled with drinking, drugs, crime, and homelessness before joining the Actor’s Studio after an audition. This allowed him to leave being a janitor and perform full-time. Whoopi Goldberg knew the recently dead. Her supervisor wanted to ease her into the work as a qualified beautician. Instead of doing makeup on the living, her first work as a beautician was on the dead; it’s good practice on something still. Whoopi was tasked with applying makeup to persons who had died. It’s a rather significant duty, as families of the recently deceased want their loved ones to look well when everyone pays their respects.