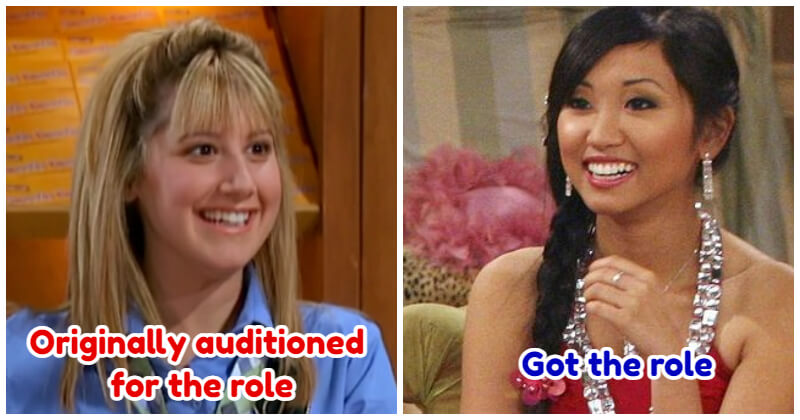 Some actors are forever linked to their iconic TV roles.

If an actor or actress is cast in a role that is different than the one they auditioned for, it’s not always because they weren’t the best fit for the role they portrayed. Sometimes, the actor or actress may have been better suited for a different role. This can be due to the story that the director is trying to tell or the context of the scene.

Which can be their breakout role, which provides the launchpad for their Hollywood stardom. But this doesn’t happen too often… Let’s see which 13 actors successfully get their big break from another role they auditioned for. Liza Weil is best recognized for her role as the fiery frenemy Paris Geller on the smash comedy Gilmore Girls. The character began as a foe to Rory Gilmore, but the two later became friends. Weil had a terrific audition for Rory, but the producers believed Alexis Bledel was the best fit. As a consolation, writer Amy Sherman-Palladino invented Paris Geller for a three-episode storyline, but she was so liked and well-received that she became a series regular. Our favorite butt-kicking slayer almost looked completely different! Sarah Michelle Gellar really auditioned for the part of Queen B Cordelia Chase on Buffy the Vampire Slayer. After seeing her audition, creator Joss Whedon decided she would be a better match for the lead part, Buffy Summers. Interestingly, Charisma Carpenter had tried out for the part of Buffy before being cast as Cordelia. Since the premiere of Supernatural in 2005, dynamic monster-hunting team Sam and Dean Winchester have busted some serious demon butt. Jensen Ackles read the material and auditioned for Sam, but he preferred Dean as a character and related to him better. after Jared Padalecki was hired as Sam Winchester, producers knew they wanted Ackles and cast him as Dean when he came and read for the role. It’s no wonder that Matt LeBlanc helped shape Joey Tribbiani into the renowned TV persona he is today; his endearing, dimwitted approach to the soap star elicited plenty of laughter. It’s difficult to imagine anyone else in the job, yet it could have happened. Hank Azaria auditioned for the role of Joey but was eventually cast as the scientist David, a love interest for Phoebe. Courteney Cox was first approached for the part of Rachel Green on the smash comedy Friends. She turned down the character’s best friend Monica Geller, since she was drawn to her strong personality. Jennifer Aniston was cast instead as Monica because producers thought she was “tough” enough to play the role. It’s difficult to picture anybody else as our beloved headstrong, determined doctor, Christina Yang. Sandra Oh, on the other hand, went into her Grey’s Anatomy audition believing she’d be auditioning for Dr. Miranda Bailey. Despite being offered for Miranda, Oh changed her mind and chose to audition for Christina instead. Miranda was then played by Chandra Wilson. Isaiah Washington played cardio-God Dr. Preston Burke on Grey’s Anatomy for three seasons. Though Washington was considered for the part of Derek Shepherd, creator Shonda Rhimes called him back to play Burke instead. For six seasons, Ed Westwick played Chuck Bass, a bad boy turned good. However, the actor did send in an audition film for the role of Nate Archibald. When Westwick walked in for an in-person audition, the producers believed he was a far better fit for Chuck Bass. Westwick had an excellent performance, and Chase Crawford was cast as Nate. Norman Reedus is best known for his role as zombie killer Daryl Dixon on the TV program The Walking Dead. The actor was so desperate to be a part of the series that he ended up reading Merle Dixon’s lines. The creators were so taken by Reedus that they created the role of Daryl Dixon particularly for him. Daryl has subsequently become a fan favorite for the show, and he is now the primary protagonist of The Walking Dead. Damon and Stefan Salvatore in The Vampire Diaries were another example of TV siblings that almost changed roles. Paul Wesley originally auditioned for the part of Damon, the neighborhood bad boy. When Ian Somerhalder was cast in the part, Wesley re-read the part and was cast as good-guy vampire Stefan. Rainn Wilson played the funny Dwight Schrute on the American version of The Office for nine seasons. Wilson, who is most known for his portrayal of Dwight, walked in first to audition for Michael Scott. The actor described the read as a “poor Gervais impersonation,” but the casting directors preferred his audition for Dwight and hired him. Of course, Steve Carell was cast as Michael. Tisdale rose to fame on The Suite Life of Zack & Cody as Maddie Fitzpatrick, although she first auditioned for the role of ditzy heiress London Tipton. The creators thought she was a better match for the kind and hardworking Maddie. Brenda Song took up the part of London, while Tisdale went on to play Sharpay Evans in High School Musical.

Chandler Bing, played by the sarcastic and charming Matthew Perry, was another main Friends character who could have looked very different. Before Perry was chosen, director and actor Jon Favreau auditioned for the role of Chandler. He was asked to return to the program and played Pete Becker, Monica’s love interest who participates in the Ultimate Fighting Championship, despite not getting the part.