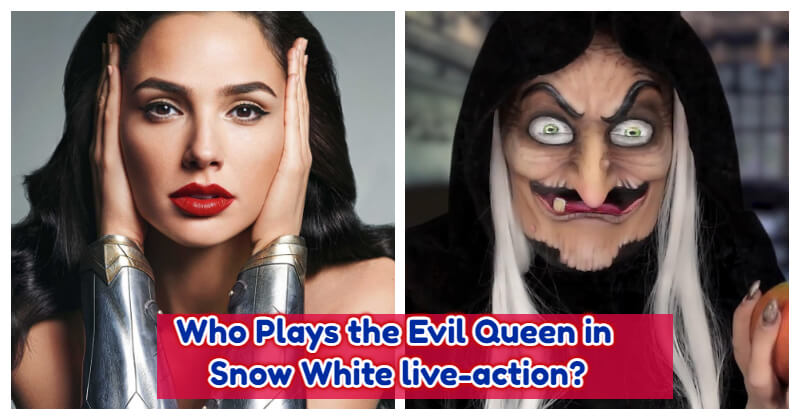 Walt Disney Productions’ first animated feature picture Snow White and the Seven Dwarfs, was produced in 1937 and was based on the Brothers Grimm story. Marc Webb, who is directing the new Snow White, wants to modernize both the soundtrack and the first film.

Of course, Snow White has been adapted for the big screen before. In the 2012 movie Mirror Mirror, Lily Collins portrayed the part, and Julia Roberts portrayed her evil foe. In the same year’s Snow White and the Huntsman and its 2016 sequel, Charlize Theron played the role of the queen. Gal Gadot, the Wonder Woman, will now play the Evil Queen in the reboot, which, according to Gadot, would be “so new and beautiful and full of pleasure,” she told Variety in November 2021. To find out everything about Snow White Live Action Casts, continue reading:

Rachel Zegler already seems to have secured her next significant position. According to sources, Zegler will play Snow White in Disney’s live-action remake of the animated classic that launched the studio’s illustrious run of animated films. Marc Platt will produce, with Marc Webb directing.

“Rachel’s extraordinary vocal abilities are just the beginning of her gifts,” Webb said. “Her strength, intelligence, and optimism will become an integral part of rediscovering the joy in this classic Disney fairytale.”

#2. Who plays the Evil Queen in Snow White live-action? A live-action adaptation of 1937 classic “Snow White and the Seven Dwarfs” starring Israeli starlet Gal Gadot as the Evil Queen was among the films that Disney unveiled on Saturday. When the Red Notice star was asked about the film in November 2021, she told Variety she was “so excited” to take on the iconic part. “There is so much that I cannot share with you,” she teased. “But the take on this story is so different and delightful and full of joy. … I’m very, very excited. I wish I could share more.” The movie’s filming is planned to begin in 2022. Original songs from Pasek and Paul, the team behind La La Land, Dear Evan Hansen, and The Greatest Showman, will be included in the musical. The Hollywood Reporter revealed that Andrew Burnap had been cast as the movie’s male lead in January 2022. He will sing in the film, according to the site, however, the name of his role has not yet been revealed.

Aubtu.biz is a website that provides you with entertainment updates and creative ideas to brighten your day with smiles and refreshing news. To know more about updated entertainment news, visit our site daily.

Hailey and Justin Bieber Welcomes a New Member to Their Family