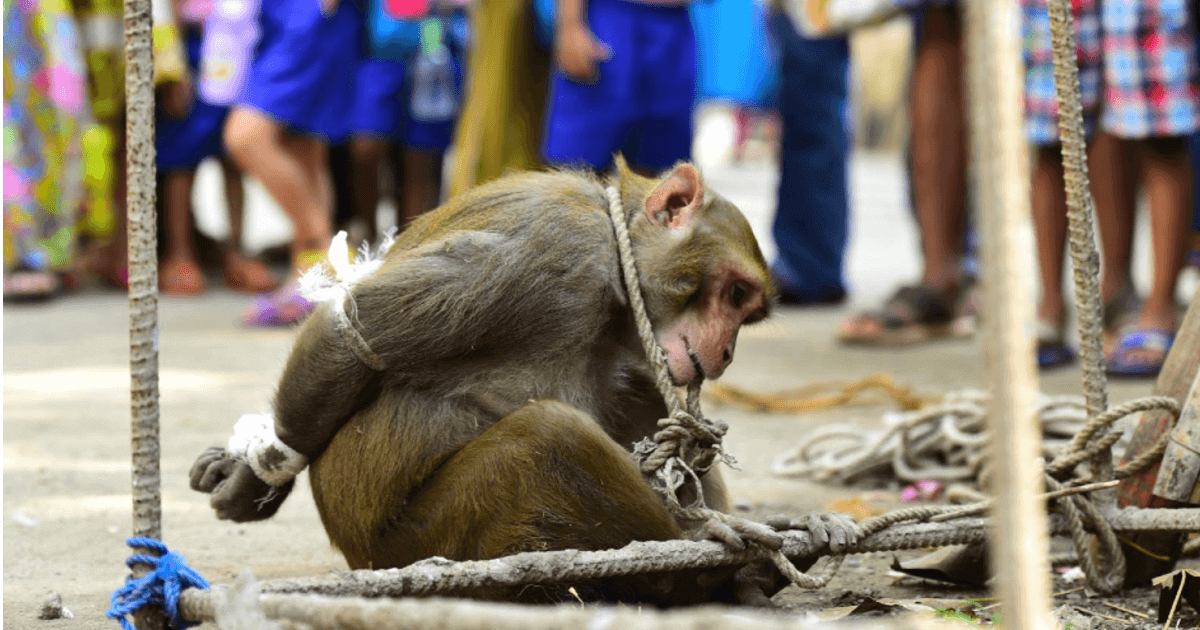 This was the sad scene for one monkey who had become the scorn of a community. This incident took place in February 2016 in Mumbai, India, but that doesn’t make it any less heartbreaking.

According to local residents, this monkey along with other monkeys caused trouble in the community with antics like stealing food and destroying pillows that were for sale, AFP reported. Residents complained to local government officials and they called a professional monkey catcher to trap the monkey. And instead of resolving the conflict peacefully, the monkey was punished horribly. He was captured and his arms and feet were bound up tightly with nylon ropes. And as if that wasn’t enough of an awful punishment, a crowd even gathered and taunted him in misery. Officials from Mumbai’s Maharashtra Forest Department planned to release him far away from the city where he had terrorized with its antics and set him up with a new life in the countryside.

“We will make sure it’s fit and when it is we will release him on the outskirts of Thane,” a state official from Mumbai’s Maharashtra Forest Department told AFP. Although he is finally free, safe and permanently away from humans, nothing will ever make up for the humiliation the monkey faced. Share this story if you understand his sorrow and don’t agree with this degrading treatment.

20 Animals Who Need Sunshine To Relax And Restore Their Energy

Woman Thought She Lost BF’s Cat Soon After They Moved In, But It Turned Out It Was Just Hiding