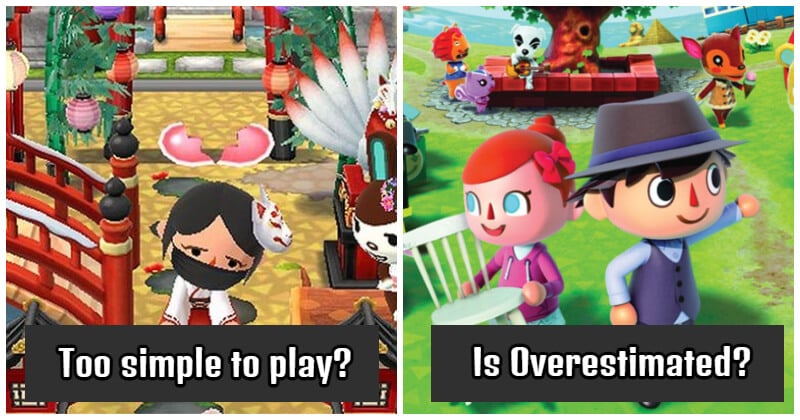 Animal Crossing has captured the attention of both dedicated and casual gamers for more than 20 years. The series is renowned for its relaxed games without intricate plots or clear objectives. Animal Crossing games are completely customizable. Eight Animal Crossing games have been released so far, including three spinoffs and five main games. Let’s rank all the games to honor the franchise! Animal Crossing: New Horizons is always put in the top list. This opinion is probably not too controversial, according to sales data, but that doesn’t mean it was by far the greatest. A number of quality-of-life enhancements, novel gameplay elements, and fresh ways to personalize your village (or island, in this case) all while maintaining the series’ signature magical charm propel Animal Crossing: New Horizons to the top of the genre. New Leaf is without a doubt one of the best Animal Crossing games. It introduced numerous customization options and features that would later be improved even more in New Horizons. The game is a significant improvement over City Folk, which, as was already said, was a quite underwhelming installment in the series. This version is simple, but it is great to play. Released for the original DS, Animal Crossing: Wild World just wasn’t able to cram as much content onto the handheld as many would have liked compared to what we had experienced on the GameCube. Still, this entry made it clear that taking your village with you was how this series was meant to be played. The smaller scale perhaps even made the idea of checking in on your village on to the go more manageable, even if more hardcore players felt a little light on things to do. City Folk, the Wii version of Animal Crossing, isn’t much better than its DS version and suffers from being linked to the TV. There isn’t much left to do in New Leaf or New Horizons, and its defining elements, such as Wii Speak capabilities and the City, aren’t as appealing as they once were. However, the fact that it is now available on a more capable system gives players even more reason to play it. While Pocket Camp is still a good game, it doesn’t quite live up to the series’ heritage. It contains more creative and social elements than, at the very least, Amiibo Festival, but because its economy is related to the real world, the game is far grindier than its console equivalents. Campsite decoration is a fun and original concept, but you will need to spend actual money to obtain uncommon items and that is inconvenient. Happy Home Designer for the 3DS is far from a bad game, and it has some advantages over the traditional formula. Collecting furniture is fun, but it can be hard to find some furniture in Animal Crossing: New Horizons. Happy Home Designer solves this problem by instead tasking players to design multiple houses with corresponding furniture items. However, without the collection aspect of the game and a lack of both villager and multiplayer social aspects, the game does compare poorly to the rest of the mainline games. The board game is excessively straightforward and necessitates the usage of Amiibo to keep rolling the dice. The minigame Desert Island Survival is the most redeemable aspect of the title, although these more limited modes don’t add up to a whole Animal Crossing adventure. It becomes one of Nintendo’s most disappointing games in recent memory when you combine it with the fact that the Wii U didn’t receive a typical Animal Crossing game.

4 Animals With Shells That You May Not Know

Internet Goes Crazy With The Cutest Octopus In The World