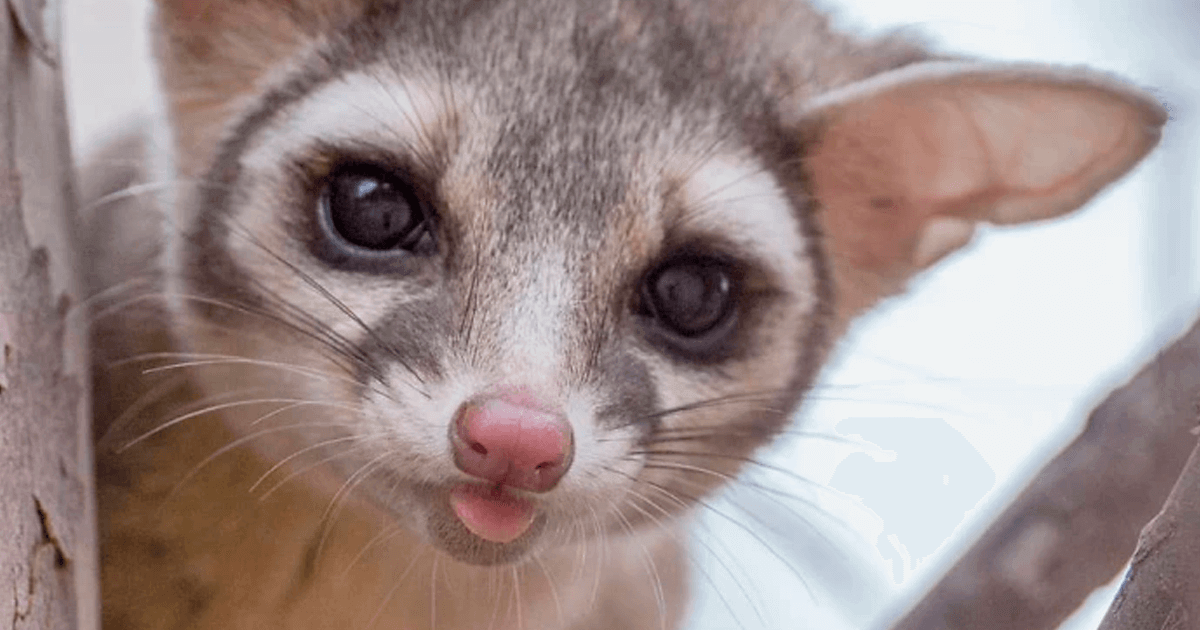 Ringtails are cat-sized animals that resemble a mix between a fox and a raccoon. The large eyes are ringed by white fur, and their pointy ears give an almost fox-like appearance. The ringtail cat has a long and bushy tail, usually longer than the rest of the animal itself. The name “ringtail” comes from the black ring markings that are found on their tail. These creatures are very shy and are wary of humans, so they are spotted less often than their close cousins, the raccoon. The ringtails have some characteristics that remind us of a cat. For example, it cleans itself by licking its forepaw then uses it to wipe and clean its ears, face, and snout. The ringtail cats are primarily carnivorous and they love munching on snakes, lizards, birds, and frogs. However, they also do eat other food like plants, fruit, and insects. Despite their reputation as effective hunters of smaller prey, the ringtails have got to be careful of predators themselves such as great horned owls (Bubo virginianus), coyotes, (Canis latrans), Bobcats (Lynx rufus) and mountain lions (Puma concolor). Man Spent A Fortune On His Dog’s Vet Bills, Went Back To Brother To Fire Him From Being His Dog Walker

Meet Kazou, The Eyeless Cat Who Sees With His Heart

What Can A Nurse Do? Taking Care Of Patients Or Kicking Boyfriend And His Dog Out