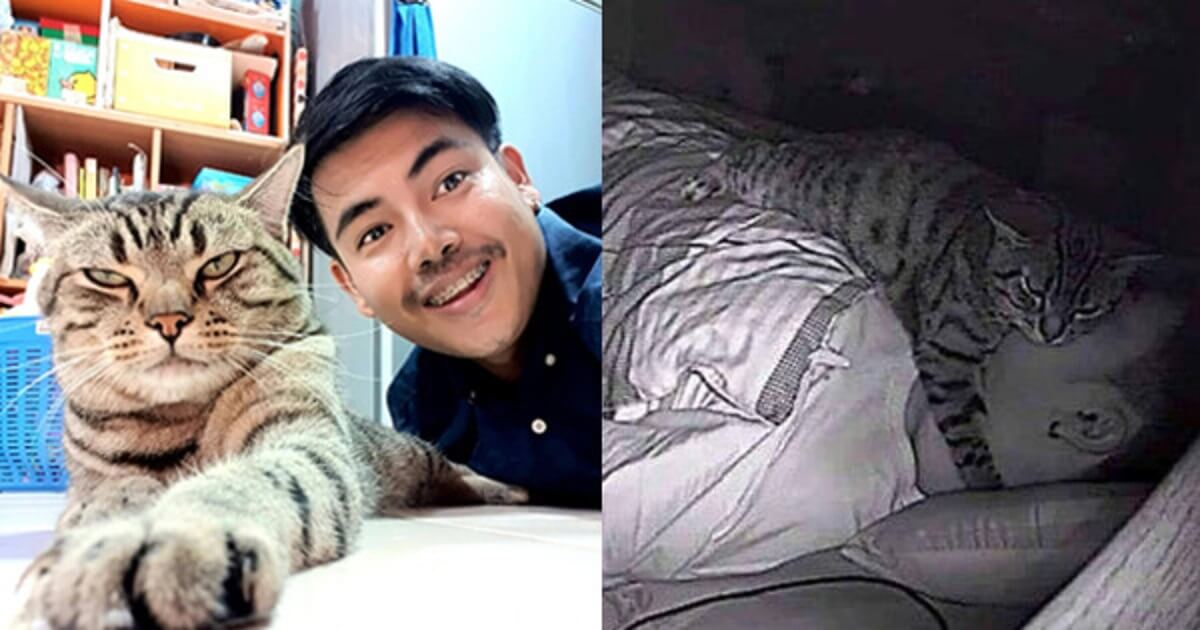 Breathing difficulties associated with the lung condition asthma are a common reason people go to the hospital. This problem can appear with symptoms such as chest pain, anxiousness, dizziness, fainting, cough, and wheezing. However, one Thai man named Lomphonten Lomphontan recently discovered the oddest yet cutest reason for his breathing problems. For a period of time earlier this year, Lomphonten struggled to breathe every night. So he decided to set up a camera to record what was happening as he slept. He originally installed the hidden camera to keep an eye on his pet cat, Achi, when he was at work. However, he decided to face the camera toward his bed at night to monitor Achi’s behavior and reveal exactly what his cat was up to as he slept. After he reviewed the footage, he found out that Achi loved nothing more than to curl up next to him all the time, became even more affectionate once he fell asleep. After climbing on his chest and confirming with a paw that he’s indeed asleep, Achi has made himself comfortable on his master’s face, suffocating him – with love, of course. What’s been happening on a nightly basis is that Achi has been choking his owner out. Suddenly, those dreams of suffocating all made sense and Lomphonten doesn’t want to dissuade Achi from making himself as comfortable as he wishes at night. “I feel very much in love with him that he loves me like this,” Lomphonten said. Being Joked By Religious Extremist Sister, Woman Feeds Her Cat Food As Revenge

10+ Adorable Photos Of Pets Sleeping In Bed With Their Humans

5 Dangerous Animals Under The Sea You Should Know

The Perfect Trio Of A Lion, A Bear, and A Tiger Lived Together As A Family