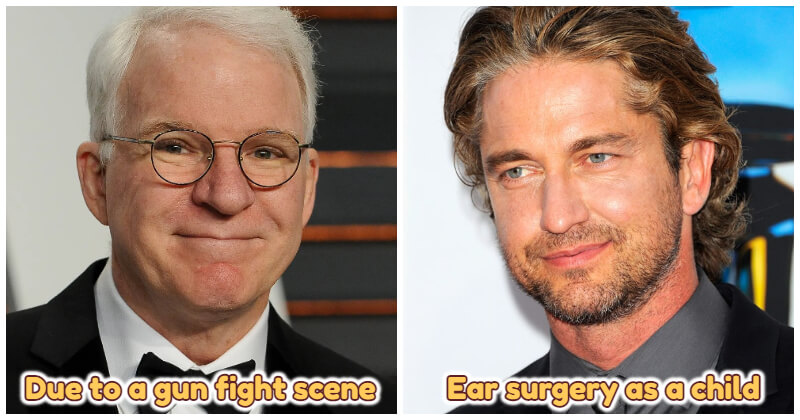 Often hear the sound of ringing or buzzing? A lot of people also experience this symptom, including a few of our favorite stars. It is called tinnitus, commonly described as a ringing in the ears. Tinnitus is the sensation of hearing ringing, buzzing, hissing, chirping, and whistling. You’ll notice right away when you hear these kinds of disturbances in one or both of your ears. Other people cannot hear the sounds you hear when you have tinnitus since it is not caused by an outside sound. Tinnitus is a frequent issue. About 15% to 20% of people experience it, and older folks are more likely to do so.

The most common cause of tinnitus is exposure to loud noise, however other factors like infections, stress, and allergies can also contribute to the condition. It makes sense that so many rock singers and musicians have this hearing problem, in addition to the other celebrities. Scroll down to see who they are! Charles Darwin, an evolutionist, reportedly suffered from tinnitus on a daily basis. Due to a gunfight sequence on the set of Three Amigos, Steve Martin began to experience tinnitus. Rush Limbaugh is a famous radio show host who has tinnitus in his right ear. On the Star Trek set, William Shatner got tinnitus from being too near to the speakers. After playing loud, live music for many years, Bob Dylan began to get tinnitus. During a movie shoot, a black pistol was shot not far from former president Ronald Reagan’s ear, causing him to experience tinnitus. Gerard Butler underwent ear surgery as a child to lessen the effects of tinnitus, but he continues to have ringing in his ears now. On his tinnitus, Ozzy Osbourne says: “I have permanent tinnitus, which causes a constant ringing in my ears and has left me partially deaf—or “conveniently deaf,” as Sharon puts it. I constantly hear a weeping sound in my mind. I probably should have used earplugs.” Will.i.am claims that due to the incessant ringing in his ears brought on by tinnitus, he “doesn’t know what silence sounds like anymore” Alex Trebek, the host of “Jeopardy” has tinnitus. Trent Reznor, the lead singer of Nine Inch Nails, suffers from tinnitus and has even written songs about it. Phil Collins suffers from tinnitus as a result of years spent near loud drum equipment. Tinnitus has plagued Barbra Streisand since she was a little child. After many years of touring with the Red Hot Chili Peppers, Anthony Kiedis started to have tinnitus. After performing with loud punk bands in his early career, Moby began to get tinnitus. Since that time, he has claimed, he has worn hearing protection every single time. Liza Minnelli states that she first had tinnitus as a result of her father shouting in her ear while celebrating the Oscar she had just won for her role in Cabaret. Sam Harris, a neuroscientist, frequently discusses tinnitus in his lectures despite having it himself. Early in the 1990s, Neil Young experienced tinnitus, which caused him to temporarily quit performing electronic music. He claims that while it’s still “not perfect,” his hearing is now “okay.” In order for NASA astronaut Alan Shepard to pilot the Apollo 14 moon mission, he underwent surgery to treat his tinnitus. Pete Townshend, the guitarist of The Who, has suffered from tinnitus for almost his entire life. In multiple interviews, he has explained the condition, saying, “I have significant hearing loss. Tinnitus, a ringing in the ears at the frequencies where I play the guitar, is how it has shown up. It is unpleasant, uncomfortable, and upsetting.”

7 Global Celebrities With OnlyFans Accounts That You Might Not Know