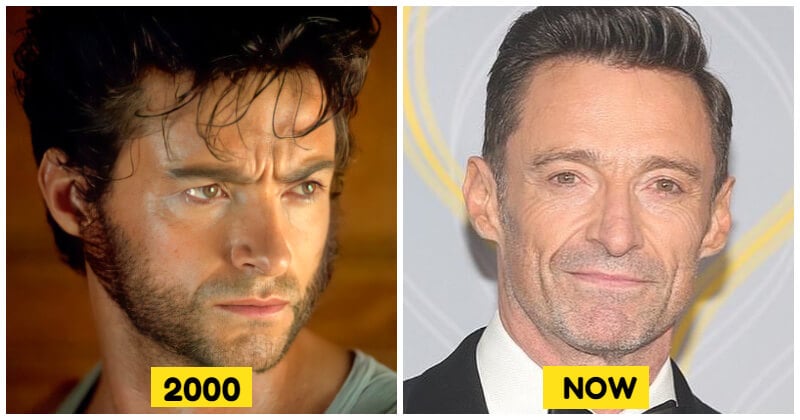 Time flies so relentlessly that we might not notice it was 17 years since the first release of the Fantastic Four and 14 years for Iron Man. We all remembered how we were stunned by these characters and actors themself in the first Marvel movies. Some actors actually rose to their stardom thanks to their roles in MCU, some are considered to stick with their iconic roles for the rest of their acting careers. It’s no doubt that some die-hard fans are willing to rewatch these movies thousands of times in order to show their loyalty.

For that reason, fans never turn their back on their favorite actors whether they lose their charm or not. So if these actors have changed their looks that are unrecognizable, they will be gorgeous as ever. From “Hulk Mark” Ruffalo to “Iron Man” Robert Downey Jr., it’s long enough to put them in a then-and-now comparison. Some people might not feel that long, and I can’t also believe it, but some of their appearances actually have changed a lot for about 2 decades. Repeatedly, 2 decades! How was that fast?

Today, we have compiled a list of 15 actors from our favorite Marvel movies who have incredibly changed for years. Scroll down and check them out! Mark Ruffalo is known for his perfomance as Bruce Banner/the Hulk in the movie “The Avengers” and its sequels. The actor has also gained Oscar nods for numerous movies, such as “The Kids Are All Right,” “Foxcatcher” and “Spotlight.” Tom Hiddleston is a British actor who is best known for his portrayal of Loki in the ‘Thor’ and “Avengers” movie franchises. Chris Evans is an prominent actor who is best known for portraying the comic book superhero Captain America on the big screen. Jessica Alba rose to her stardom with her role in TV’s “Dark Angel.” She also portrayed Sue Storm in the “Fantastic Four” flicks. The Golden Globe winner Jennifer Garner won her award for her starring role in the television drama “Alias,” and went on to appear in multiple movies, including “Catch Me If You Can,” “Daredevil,” “Elektra,” “Juno” and “Dallas Buyers Club.” Robert Downey Jr. is well-known for roles in numerous flicks, such as “Iron Man,” “The Avengers, “Sherlock Holmes” and “Chaplin.” Hugh Jackman is best known for his portrayal of Wolverine in the “X-Men” franchise. He’s also starred in “The Prestige” and “Les Misérables,” as well as his stage work. Chris Hemsworth is known for playing Thor in the movie series of the same name. The actor also starred in “Snow White and the Huntsman” and “Rush.” James Franco has globally known for his roles in “Spider-Man,” “Flyboys,” “Milk,” “127 Hours” and “The Disaster Artist.” Actor Nicolas Cage who is a star in such films as “Moonstruck” and “The Rock,” is famous for his intense on- and off-screen personality, as well as his passion for the method acting. Kirsten Dunst has starred in numerous movies, such as “Bring It On,” “Eternal Sunshine of the Spotless Mind,”  “Elizabethtown,” and “Marie Antoinette,” especially the Spider-Man trilogy (2002-07). Scarlett Johansson rose to her stardom in movies like “Lost in Translation,” “The Nanny Diaries,” “Vicky Cristina Barcelona,” “The Avengers” and “Hitchcock.” Eva Mendes is known for multiple movies, including ‘Training Day,’ ‘Hitch’ and “The Place Beyond the Pines.” Amazingly, she is also a designer and shares two children with actor Ryan Gosling.

#14 Chris Pratt (Guardians of the Galaxy) Chris Pratt became one of the leading actors through his work on “Parks and Recreation,”  “Guardians of the Galaxy” and “Jurassic World” flicks. Jeremy Renner portrayed Clint Barton / Hawkeye, a member of the Avengers in numerous Marvel Cinematic Universe movies and TV series beginning in 2011, including the central title role in the Disney+ series Hawkeye (2021)