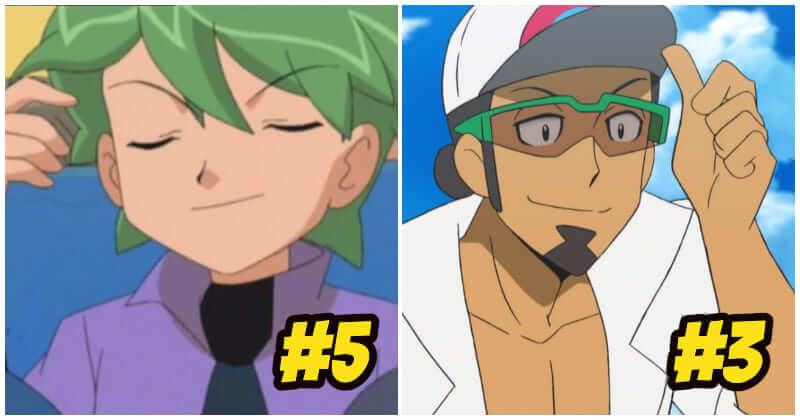 Since the Pokémon anime has been airing for so long, many Pokémon species and human characters exist. Ash and his friends are the main attractions, but many more have important roles to play. These Pokemon characters are usually antagonists to the protagonists.

Whether they are formidable trainers who enjoy battling or leading Pokémon Coordinators that compete with the likes of May and Dawn. On the other hand, Ash has several trustworthy allies that are either particularly important in the Pokémon universe or are simply Ash’s close friends. Most Pokémon enthusiasts will respect a Pokémon in any form if it has an interesting past or a diverse set of characteristics. Gladion appeared distant and frigid in the anime Sun & Moon. As his persona and past were established, he became a likable part of the Alola campaign. Gladion’s team always put on a show, and his final battle versus Ash in the Manalo Conference was a highlight. It warranted a 6-on-6 stipulation, but it was saved for the exhibition bout with Kukui. After the Sun & Moon series, Gladion became Ash’s friendly rival and Lillie’s better brother. Since Gen III, many Coordinators have been arrogant or unlikeable. Drew became May’s rival by mocking and complimenting her. He cares for his Pokémon and praises those that deserve it. This distinguishes him from Harley and Paul. Respect-building is a big element of his persona, making him a popular contestant. You may find these Best pseudo legendary Pokémon interesting!

4. Cynthia – One Of The Best Pokemon Characters Female Cynthia is loved and feared as the Champion of Sinnoh. Her trusty Garchomp shows her battling dominance whenever she appears. She defeated Elite Four’s Flint and Aaron in Diamond & Pearl. She defeated Ash’s adversary Paul with only her Garchomp. Cynthia is calm and gentle despite her prowess and talents as a Pokémon Champion, making her well-liked. Kukui isn’t just a basic Sun & Moon Pokémon Professor. He housed and taught Ash in Alola. He is given more time than other professors to exhibit his individuality. Kukui was a great wrestler and trainer famed for his Incineroar. Ash and pals’ reaction to the reveal was hilarious. After Ash won the Manalo Conference, it led to one of the best 6-on-6 battles in the anime. Paul isn’t a nice anime character, yet he was crucial for Diamond & Pearl. Ash’s rivalry with him was tense in Sinnoh. Ash loved Pokémon, whereas He valued power and achievement. His actions fueled their enmity. Paul gave Chimchar a narrative that made it Ash’s ace in Sinnoh and gave Ash one of his best battles in the anime. Alain beat Ash in the Kalos Lumiose Conference final. Ash’s Kalos team deserves to win the Pokémon League at this attempt. His story was built on his friendship with Mairin and loyalty to Lysandre. He became a powerful and formidable trainer when he learned about Mega Evolution alongside Charizard. Alain wouldn’t have won the Kalos League without Mega Charizard, but it made sense.