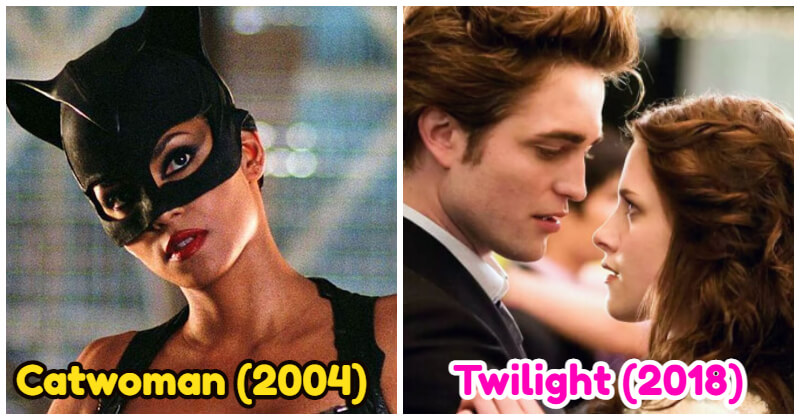 No matter how prolific they are, all actors have both good and bad movies in their filmographies. Unfortunately, not all movies can be called instant classics. Some of these movies are so bad, that not only do critics pan them but their actors as well. Some even publicly renounce the movies, waiting for nothing more to do with the production.

Actors put a lot of effort into the movies they appear in. Days, even months, of learning lines, arriving on set, and performing a scene over and over again go into production. Some even involve dangerous stunts.

This raises the question, with all these efforts, how bad does a movie have to be to make an actor want to bash it so much? Easy: the movies are just bad!

So which movies are so bad that even their actors can’t stand the thought of being associated with them? Here are 10 movies that are loathed by both critics and actors alike. Alison, played by Katherine Heigl, becomes pregnant after a one-night stand in Knocked Up. The father, Ben (Seth Rogan), is an irresponsible slacker whom Alison doubts can grow into the kind of person required to care for their child. However, the two give it a shot and make the necessary changes to be the best co-parents they can be.

While the film was generally well-received by audiences, it hasn’t aged well now that it’s 15 years old. Heigl was aware of the problem in 2008 when she told Vanity Fair that it “paints the women as shrews” while portraying men as “lovable, goofy, [and] fun-loving.” Stop! Or My Mom Will Shoot is a wacky crime comedy about a cop (Sylvester Stallone) whose mother (Estelle Getty) comes to town to console him after a recent breakup. She quickly becomes more of a bother than a help.

Despite Stallone’s extensive filmography, “Stop! Or My Mom Will Shoot” was a resounding failure. The actor described it as a “truly awful movie,” claiming that 15 minutes of it would be enough to torture a criminal into confessing their crime. Cher and Christina Aguilera performed together in the film Burlesque, which piqued the interest of audiences. Cher plays Tess, the owner of a nightclub who claims to be the mother figure of the girls who perform there. Ali Rose (Aguilera), an aspiring singer, gets a job with Tess and works hard to prove that she can turn around the entire club.

Cher gave a fantastic performance – the soundtrack to Burlesque is fantastic, isn’t it? But the film relied so heavily on the stars’ singing performances that it forgot to fill in the details of the characters and story. Cher herself was dissatisfied with the project’s outcome, calling it “horrible.” The 2004 film Catwoman was widely anticipated, but many people found it to be a huge letdown. Patience, a shy graphics designer who was murdered was the protagonist of the film. However, she was resurrected by an unknown force and set out to change her life and seek justice.

Halle Berry looked fantastic in her role as the feline anti-hero, but that was her only saving grace. Berry was named “Worst Actress” at the Razzie Awards for her performance in the role. Berry appeared to accept the award and delivered a lighthearted speech thanking Warner Bros for casting her in a god-awful film.” While Twilight cannot be definitively defined as a bad film, it is easy to say that it was not for everyone. The film franchise, which follows a high school girl through a romance with a vampire who both loves and wants to eat her, is a little campy and caters to a specific audience.

Star Robert Pattison is well-known for not taking the film seriously and displaying his disinterest during filming. “View From the Top” is about a young woman (played by Paltrow) from a small town who sets out to fulfill her dream of becoming a flight attendant. She hopes that the new job will provide her with the opportunity to become “someone” in the world, but the life of a stewardess is full of cooky comedy.

View From the Top, according to Paltrow, is a “terrible [movie] that Harvey Weinstein talked me into doing” (via The Guardian). The pairing of Brad Pitt and Harrison Ford for a film should have been magical, but it was not. The Devil’s Own follows Tom O’Meara (Ford) as he hosts a visiting Irishman named Rory Devaney (Pitt) in his home. However, it quickly becomes clear that Rory is involved in an IRA plot to transport illegal funds to Dublin, and Tom must do his part to stop him.

According to Far Out Magazine, Pitt explained in 1997 that the script for The Devil’s Own was thrown out and the film had to be put together on the fly, stating that they were just told to “shoot something.” The plot follows the same pattern as its predecessor, with the rebel girl falling in love with a proper English exchange student named Michael. The film could have been better if it had followed an original plot.

Michelle Pfeiffer has had a successful career, and her musical roles have given her positive attention. However, the actress does not remember her performance in Grease 2. According to Pfeiffer, she “hated that film with a vengeance and couldn’t believe how bad it was.” The Super Mario video game franchise has legions of devoted fans, but the 1993 film Super Mario Bros. does not. Like the games, the film follows a pair of plumber brothers. The two discover that dinosaurs did not become extinct, but rather jumped to another dimension, where they eventually became ready to return and rule the world.

While the late Bob Hoskins is well known for many great films, including Hook, the actor publicly expressed regret for his role in the Mario film. Hoskins described it as the worst film he had ever made. Rudy (Bed Afleck) takes the place of his deceased cellmate, Nick, to escape prison in “Reindeer Games”. He returns home with Nick’s girlfriend (Charlize Theron), whose brother is a criminal gun runner who expects Rudy to rob a casino using Nick’s inside knowledge.

Theron agreed that the promising cast was squandered on the Christmas-themed drama, calling it the worst film of her career.

20 Facts About Jimmy Fallon That Will Surprise You