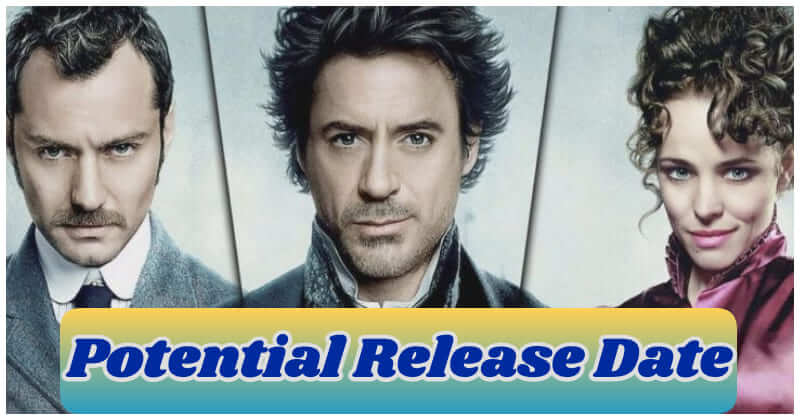 There has been a recent spate of mystery films based on the works of Sir Arthur Conan Doyle’s canonical character Sherlock Holmes 3, known as the Sherlock Holmes film franchise. The flicks contain an impressive roster of A-listers like Robert Downey Jr., Jude Law, Rachel McAdams, Kelly Reilly, and many more. The Sherlock Holmes film series, under the direction of Guy Ritchie, has established itself as a distinctive interpretation of the canonical literary character by focusing on Holmes’s internal mental processes.

There have been two films in this series thus far. An announcement for a third film followed the release of the second. That was in 2011, and it now appears that, after more than a decade, the picture is no closer to production than it was when it was first announced. Everyone wants to know if Sherlock Holmes 3 is still in the works.

#1. From the First Announcement Of Sherlock holmes 3

After A Game of Shadows, Guy Ritchie announced Sherlock Holmes 3 in 2011. The third film’s first draft was in progress. In 2013, Law said Warner Bros. backed the third film despite changing screenwriters. Warner Bros. had larger expectations for the third film than its predecessors, putting pressure on the screenwriters to make it perfect. Susan Downey said in 2014 that the film was still developing because the authors wanted to do the series credit. In May 2015, Law said they were still working on a script, but the delay was causing cast and Warner Bros. skepticism about whether a third film would ever be made. Downey Jr. affirmed producer Lionel Wigram’s plan to shoot Sherlock Holmes 3 in 2016. James Coyne rewrote the script. Therefore, this changed. There is still no reason for this, but it caused a hiccup in plans to start shooting, delaying the project. Team Downey and Village Roadshow assembled a top-notch writers’ room at the end of 2016 to speed up basic development so filming could commence. Wigram anticipated that 2018 would be the year for filming. In 2018, Warner Bros. announced the third film’s release date as December 2020, which CBR later postponed to 2021. Warner Bros. changed the film’s director after announcing the “official” release date. Ritchie brought his unique style and mastery to each Sherlock Holmes film before Sherlock Holmes 3, but he was replaced by Bohemian Rhapsody and Rocketman director Dexter Fletcher. Fletcher starred in Ritchie’s Lock, Stock, and Two Smoking Barrels. COVID-19 further delayed shooting and production, postponing the project indefinitely. There is also a delay from John Wick 4 due to Covid-19. Further information is here.

Is There A Potential Release Date For Sherlock Holmes 3? Arguably, over a decade has passed since the premiere of Sherlock Holmes 2, and fans have had too much time to maintain interest in a third feature. Warner Bros. may pick up the idea in the future, but expectations are low. However, Team Downey has declared that they would adapt the film series into an HBO Max TV show. Team Downey plans to recreate Ritchie’s film world using their knowledge of the MCU. There are currently two TV shows set in the movie universe that is in development for HBO Max, but there are still no official announcements about the release date.