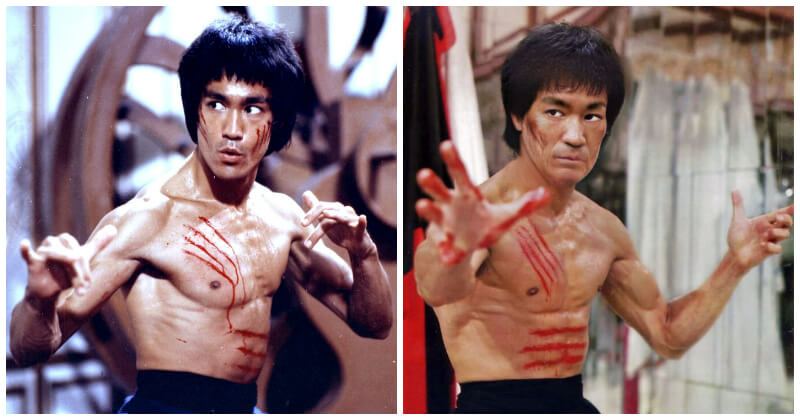 If you are a big fan of cartoons and digital art, you might bump into the creative works of Hidreley Leli Diao. The Brazilian digital artist took the internet by storm with photorealistic portraits of what some of the world’s favorite TV and movie characters would look like in real life. Hidreley used Photoshop, FaceApp, Gradient, and Remini and his works are highly lifelike and detailed. The artist himself has amassed over 296K on Instagram

Recently, Hidreley has delighted the internet with stunning creations of what deceased celebrities would look like today. Michael Jackson, Carrie Fisher, and Princess Diana – are the subjects of his work.

The modern-day impressions of the icons of history have only grown and Hidreley’s results are mind-blowing! People jump up in excitement. These photos are so realistic. Scroll down to explore! Michael Jackson, a multi-talented musical entertainer, is known as the “King of Pop”. His “Thriller” released in 1982 became one of the best-selling albums in history. Carrie Fisher rose to fame and become a cultural icon for playing Princess Leia in the “Star Wars” movies. Her first novel, ‘Postcards from the Edge,’ was published in 1987. Princess Diana, Princess of Wales while married to Prince Charles, was one of the most adored members of the British royal family. Anne Frank was a world-famous German-born diarist and World War II Holocaust victim. Her biopic, The Diary of Anne Frank, has been translated into more than 70 languages and has sold more than 30 million copies. Amy Winehouse won five Grammy Awards for her 2006 album “Back to Black”. Elvis Presley hit his big time in the mid-1950s—on the radio, TV, and the silver screen. He is one of the biggest names in rock ‘n’ roll history. Tupac Shakur was murdered in a drive-by shooting in 1996, caused by a feud between East Coast and West Coast rappers. Cory Monteith is famous for playing Finn Hudson on the popular musical television series ‘Glee’ from 2009 to 2013. John Lennon was one of the founding members of the Beatles, a band that impacted the popular music scene. Steve Irwin, a famous Australian wildlife enthusiast, was the man behind the popular “Crocodile Hunter” series. Freddie Mercury is best known for his mock operatic masterpiece, “Bohemian Rhapsody.”. He is considered one of the rock world’s most versatile and engaging performers. Bob Marley is a Jamaican singer, musician, and songwriter who sold more than 20 million records throughout his career. He served as a world ambassador for reggae music. Whitney Houston released four albums between 1985 and 1992, and they amassed global sales in excess of 86 million copies. Paul Walker gained global recognition for his starring role in “The Fast and the Furious” franchise. James Dean was famous for starring in “East of Eden,” “Rebel Without a Cause” and “Giant.” The movie actor and cultural icon was killed in a tragic car accident at age 24. Marilyn Monroe, one of the world’s biggest and most enduring sex symbols, died of a drug overdose in 1962 at the age of 36. Bruce Lee, a revered martial artist, actor, and filmmaker was famous for the technique Jeet Kune Do. He starred in such films as “Fists of Fury” and “Enter the Dragon”.