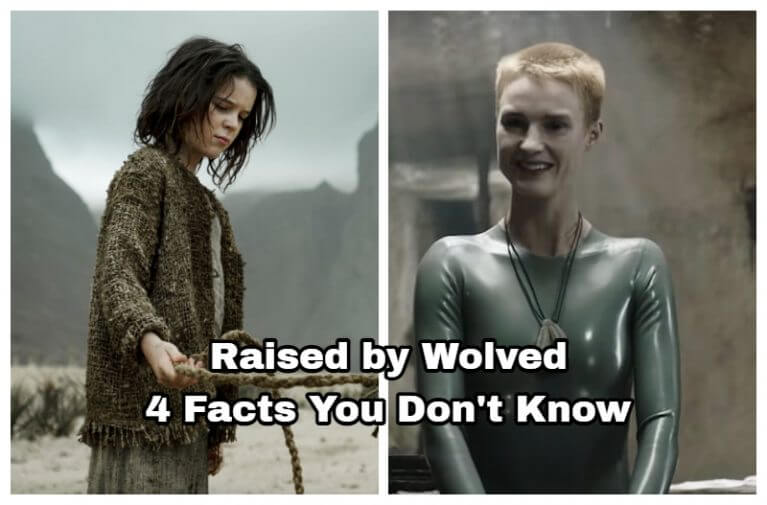 A lot of people enjoy the incredibly good television series Raised by Wolves. The series’ slow, meticulous pacing gradually reveals a stream of novelties that aren’t explained as they happen, and it frequently waits until the tension is at its peak before solving the mystery.

Having said that, more and more unanswered questions have been raised as the series has gone on, as more of the structure of the hidden mysteries of the unusual planet is explored. Here are 4 facts about ‘Raised By Wolves’ Season 2 that you don’t know. The planet that the humans have used as their new home base now that earth has been destroyed by war is actually a planet that really exists. It exists within the solar system of Kepler-22. The system is approximately 638 lightyears away from earth, and the star is quite similar to our own sun. The system is also a part of the Cygnus constellation. When the Mithraic initially meet Mother, she tells them that her name is Lamia. Lamia is actually a Greek mythological figure who became a child-eating monster after her own children were killed. In ancient Greece, her name was actually used to scare children into obedience. She was also said to have serpent-like characteristics, and she was capable of removing her own eyes too

3. Mithraic Mysteries is a real religion Although it doesn’t seem to have much in common with the Raised By Wolves version of the Mithraic, Mithraism was actually a real religion. It’s a Roman religion focused on worshiping the god Mithras, and it was a mystery religion, meaning that true knowledge of the beliefs and systems were only known by believers and followers of the religion

4. The name “Campion” seems to be an obvious indication Young Campion has been at the forefront of the remaining human children since the start of the series. The show has clearly marked him out as an important figure for the human race going forward, just as Mother’s creator was years before. And the name “Campion” seems to be an obvious indication of his and his maker’s role in the survival of humanity, as Campion is a name deriving from the Old French word for champion.

Aubtu.biz is a website that provides you with entertainment information and creative ideas to refresh your days. To know more about updated movie news visit our site daily.