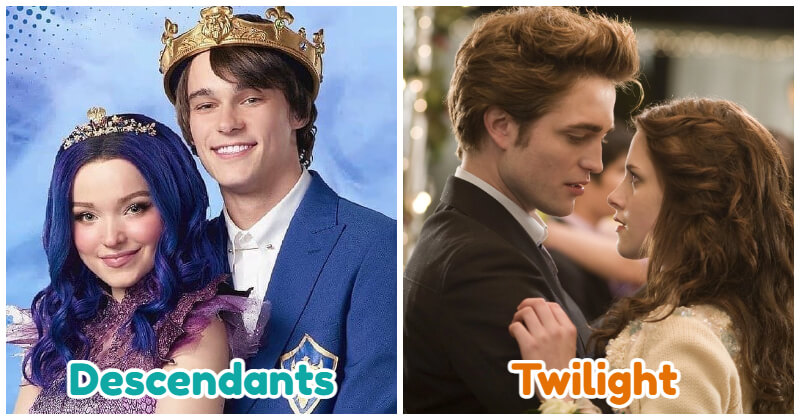 Zombies is an American musical and dance Disney movie that was released on Disney Channel in February 2018. This movie, which got two and a half million views during its premiere, is considered a successful movie resulting in the release of the sequel, Zombie 2 and Zombie 3.

The 2018 movie directed by Paul Hoen revolved around the set in Seabrook, where half of the residents were turned into zombies 50 years before the events in the movie. Due to specially created bracelets, the zombies can deal with their hunger for brains. From the first scene of the movie, the high school students from Zombietown transfer to the human high school named Seabrook. The main character is a teen zombie called Zed, who is crazy about football and hopes to be a member of the school’s team. He also makes friends with a human cheerleader Addison who later takes a role in a complicated but romantic relationship with the protagonist. Still, not everybody is pleased with the two hand in hand together. If you loved this musical zombie movie and this movie genre, these 7 movies below will be for you. Scroll down and check them out! Disney fantasy musical movie “Descendants” is undoubtedly on the top of this list. The movie revolves around 4 teenage children of famous Disney villains who have always lived in the Isle of the Lost after their parents were expelled there by Belle and Beast. Still, Ben, the son of the two monarchs, chooses to give the children a chance to find their path in the kingdom of Auradon. While the 4 are on the way to Auradon Preparatory, Maleficinet requests the teenagers to help her conquer Auradon. With plenty of color, music, and magic, “Descendants” is definitely the best movie for those who have finished watching “Zombies.” It will be a mistake if this list goes without mentioning “Twilight”. The movie revolves around the life of a high school girl Bella Swan. Her life is shifted permanently after meeting Edward Cullen, a vampire who hails from a family of animal-consuming vampires. This movie which is inspired by Stephenie Meyer’s eponymous 2005 novel, becomes one of the most favorite teen movies with a huge die-hard fan community.

“Vampire Academy” is also motivated by a novel, particularly Richelle Mead’s eponymous 2007 book. The film rotates around Rose Hathaway, a half-human and half-vampire student at St. Vladimir’s Academy who will become a guardian. Vasilisa “Lissa” Dragomir is her best friend who is known as a vampire princess. The film mixes some of the best elements from the supernatural and high school genre to show a lovely story that will certainly keep you entertained if you love “Zombies 3.” Sarah Bailey begins her new school in Los Angeles, California, and soon has a bond relationship with a strange group of girls who are supposed outcasts by other students. Surprisingly, some say that the girls are witches. When the girls continue their school year, they truly get bored with supernatural magical powers, but things come unexpectedly. The supernatural horror movie also stars Fairuza Balk, Robin Tunney, Neve Campbell, and Rachel True. If you love the fantasy factors of “Zombies 3” and are looking for the same kind, then “The Craft” might be perfected for you.

“Beautiful Creatures” rotates around a teenage boy called Ethan Wate who pursues a girl in his dream. When Ethan finds out a girl who looks eerily similar to the one in his dream joining his school, things change dramatically. The gothic film is inspired by the eponymous 2009 novel by Kami Garcia and Margaret Stohl. Likely “Zombies 3,” the movie mixes fantasy and teenage romance into an entertaining journey. “Warm Bodies” which was Directed by Jonathan Levine, is set in a post-apocalyptic world that is occupied by zombies. 8 years after the day of the apocalypse, a zombie named R meets a human girl called Julie Grigio. While the zombies and humans are in combat with each other, R discovers that the sight of Julie makes his dead heart beat again. After the discovery, R decides to protect Julie, and the zombie turns to be curious about his growing humanity. The Nicholas Hoult star mixes the elements of comedy and romance brilliantly in a world run over by zombies and will certainly interest the fans of “Zombies.”

“Beastly” is the modern-day adaptation of the classic fairytale “Beauty and the Beast,” based on Alex Flinn’s eponymous 2007 novel. Kyle Kingson (Alex Pettyfer) is a wealthy high schooler who is turned into a hairless and laboriously tattooed version of himself. The supernatural factors combined with high school drama in this film make it a good alternative to ‘Zombies.