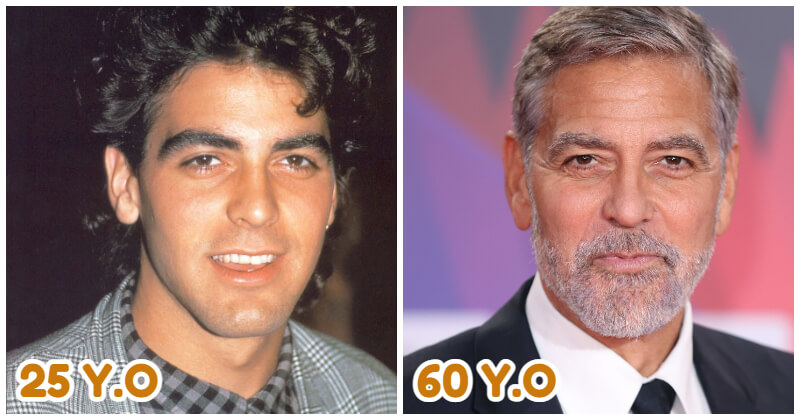 Grey hair, like wrinkles, is a symbol of maturity, which is just as attractive as a youth. And many celebs are now swiftly embracing it. Stars with grey hair are refusing to cover up their natural color.

There is undeniable beauty in aging, especially when we choose to do it gracefully. This is seen by the increasing number of Hollywood women stars, such as Andie MacDowell and Jamie Lee Curtis, who choose to display their white manes rather than dye them.

For Andie MacDowell, her grey hair started growing when she had to delay going to the salon while she was in quarantine. Then she wanted that salt-and-pepper look, just like the men in Hollywood who have always been permitted to age without much concern.

In our opinion, the greatest sign of beauty is feeling comfortable and beautiful in our skin. And here are 18 famous people who are living proof that beauty improves with age.

Do you think that grey hair is incredibly attractive? Rosalie Anderson MacDowell is an actress and former fashion model from the United States. Before getting acclaim for her performance in Sex, Lies, and Videotape, she made her acting debut in the films Greystoke: The Legend of Tarzan, Lord of the Apes (1984), and St. Elmo’s Fire (1985), both starring the Brat Pack (1989). The host, producer, and writer Andrew Joseph Cohen comes from the United States. He works as both the host and executive producer of Bravo’s Watch What Happens Live! He also has a pop culture channel on Sirius XM named Radio Andy. Benjamin Edward Meara Stiller is an actor, comedian, and filmmaker. Throughout his career, he has won numerous honors, including an Emmy Award, some MTV Movie Awards, a Britannia Award, and a Teen Choice Award. Christopher Whitelaw Pine is an actor from the US. Pine made his debut as Lord Devereaux in The Princess Diaries 2: Royal Engagement (2004). Throughout his career, he received a lot of awards. English actor Daniel Michael Blake Day-Lewis is now retired. He is known as one of his generation’s greatest actors. Throughout his four-decade career, he won countless honors, including three Academy Awards for Best Actor. Actress and director Diane Hall Keaton is from the United States. Over her six-decade career, she has won numerous honors, including an Academy Award, a British Academy Film Award, two Golden Globe Awards, and the AFI Life Achievement Award. Actor Eric William Dane comes from the USA. Dane was chosen to play Dr. Mark Sloan on the ABC medical drama television series Grey’s Anatomy after several appearances on television in the 1990s and 2000s. Dane later appeared as Captain Tom Chandler in the post-apocalyptic thriller The Last Ship, and he presently plays Cal Jacobs in the HBO series Euphoria. Actor and director George Timothy Clooney are from the United States. He won numerous accolades, including a British Academy Film Award, four Golden Globe Awards, four Screen Actors Guild Awards, and two Academy Awards. He was given the AFI Life Achievement Award in 2018. Actress, producer, novelist, and activist Jamie Lee Curtis comes from the United States. During her career, she has received several honors, including In addition to two Golden Globe Awards, a British Academy Film Award, and a star on the Hollywood Walk of Fame. John Francis Bongiovi Jr is an American singer, songwriter, guitarist, and actor. His most well-known role is as the founding member and vocalist of the 1983-founded rock group Bon Jovi. In addition to two solo ones, he has released fifteen studio albums with his band. Mark Alan Ruffalo started acting in the early 1990s and initially became well-known for his performances in the drama You Can Count on Me (1998) and This Is Our Youth (2000). Ruffalo is one of a select few people who has been nominated for all four awards—the Emmy, Grammy, Oscar, and Tony—during his career. Mary Louise “Meryl” Streep is described as “the best actress of her generation.” She is particularly known for her versatility and adaptability to accents. Throughout her career, she has had numerous accolades, including a record 21 Academy Award nominations, winning three, and a record 32 Golden Globe Award nominations, winning eight. She has also been nominated for a Tony Award and six Grammy Awards, and she has won two British Academy Film Awards, two Screen Actors Guild Awards, and three Primetime Emmy Awards. Morgan Freeman is an actor, director, and narrator. He is well recognized for his unique deep voice and numerous roles in many different cinema genres. He has won many honors throughout his over five-decade career, including an Academy Award, a Screen Actors Guild Award, and a Golden Globe Award. American actor and race car racer Patrick Galen Dempsey is best known for playing neurosurgeon Derek “McDreamy” Shepherd on Grey’s Anatomy. He was a successful actor from the start, appearing in several movies in the 1980s, such as Loverboy and Can’t Buy Me Love (1989). Pierce Brendan Brosnan is an actor and film producer. He starred in four films (GoldenEye, Tomorrow Never Dies, The World Is Not Enough, and Die Another Day) and several video games between 1995 and 2002, and is best known for his role as James Bond, the fifth actor to play the secret agent in the Bond film series. Sarah Jessica Parker is an actress and television producer from the United States. She has received numerous honors, including two Primetime Emmy Awards and six Golden Globe Awards. She was listed among the top 100 influential persons in the world by Time magazine in 2022. Steven John Carell is an American actor and comedian. For his roles in both film and television, he has won numerous awards, including the Golden Globe for Best Actor in a Musical or Comedy Series for his work on The Office. According to Life magazine, he is “America’s Funniest Man.”