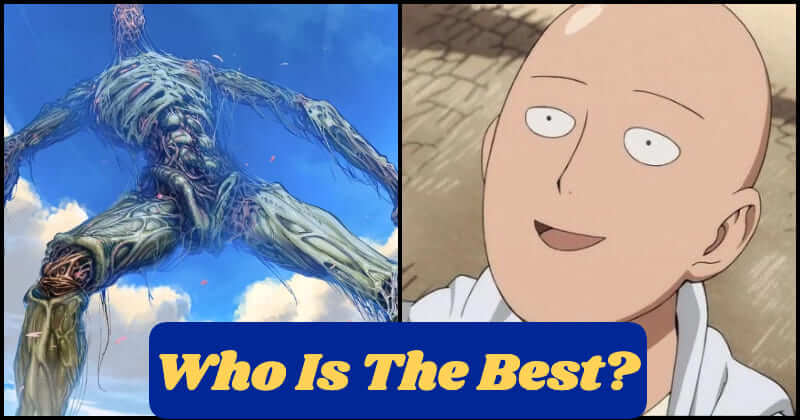 A series featuring a protagonist who can knock out most opponents with a single blow is certain to feature formidable One Punch Man characters. The entire premise of One-Punch Man is a parody to destroy tired shonen tropes through the use of ridiculously over-the-top exaggeration. Most of the story’s major players are frighteningly powerful, some more so than others. Does this mean they should all be treated equally, though?

Several villains have repeatedly shown that they aren’t all they’re made out to be. Hence it might be claimed that the Superhero Association has few truly massively powerful members. Is there any way to get a straightforward ranking of characters’ strengths and weaknesses? And most importantly: Could anyone be stronger than Saitama? Orochi and Psykos construct a massive tentacled beast so quickly and powerful that Tatsumaki is forced back. In terms of physics, fusion can create stunningly enormous waves that affect a sizable portion of the globe. In addition to these abilities, Psykos’ telekinesis is amplified to the point that it can dominate Tatsumaki into giving up control of her specialized skills; it can also harness the elemental force of gravity, and it can create a wide variety of shapes and forms.

6. Garou Deserve To Be One Of The Best One-Punch Man Characters Garou transforms into three monsters to battle Saitama, the second of which is indestructible. The transformation is noticeable to his opponent. Garou can destroy large portions of the city with a single attack, yet he surprisingly survives a conventional punch from Saitama. The truth is that he scarcely feels a thing. There is a good chance that the third level is the most potent, but nobody knows. Boros is the first person in history to shrug off an attack from the Caped Baldy because he has access to an infinite supply of internal energy that allows him to create world-destroying blasts and heal himself completely during battle. Saitama is surprised by how surprisingly nimble he is (temporarily). Any S-Class Hero or Dragon-level Threat would be shredded to bits by Boros’ Meteoric Burst, House Houkouhou, or Collapsing Star Roaring Cannon. Tatsumaki, the Tornado of Terror, maybe a hero, but her abilities are truly horrific; she can telekinetically hold the city-sized starship of the Dark Matter Thieves in place and simultaneously deflect their missiles back at them. Among her many spectacular accomplishments is a near-victory over Psykos, who had begun combining with Orochi. Superalloy Darkshine stresses how fatal a fight between Garou and Tatsumaki would be. Even in the manga and webcomic, we learn about Blast primarily through flashbacks narrated from Tatsumaki and Fubuki’s points of view. Because of the high value he places on his skills. He avoids engaging in conflicts with less formidable foes. According to Gyoro Gyoro, even an Elder Centipede in its fully molted state wouldn’t be too difficult to defeat. Last but not least, Blast has previously defeated a ninja warrior who was powerful enough to defeat many S-Class heroes at once. Saitama may not be the strongest character in the series, but he’s not comparable to the following entity. He’s worlds ahead of the Hero and Monster Associations, combined. Genos’s fear of his blows causes him to negate Boros’s ultimate method. Saitama tolerates space’s harsh conditions (all he needs to do is hold his nose to conserve breath). Saitama’s power limits are unknown. God is a cryptic creature able to transfer and extract enormous amounts of power from others. It is said to give Homeless Emperor a rare capacity allowing him to practically produce small duplicates of the sun. Surprisingly, it lacks a proper shape. Similarly, the Psykos-Orochi blend has significantly boosted due to this entity’s blessings. What is its origin? What is its function? Is God truly the source of Saitama’s irrational power?

If you found the list of the seven strongest One-Punch Man characters informative and interesting, don’t hesitate to visit our website Aubtu.biz to get access to a wide range of news about One-Punch Man and your other favorite movies.