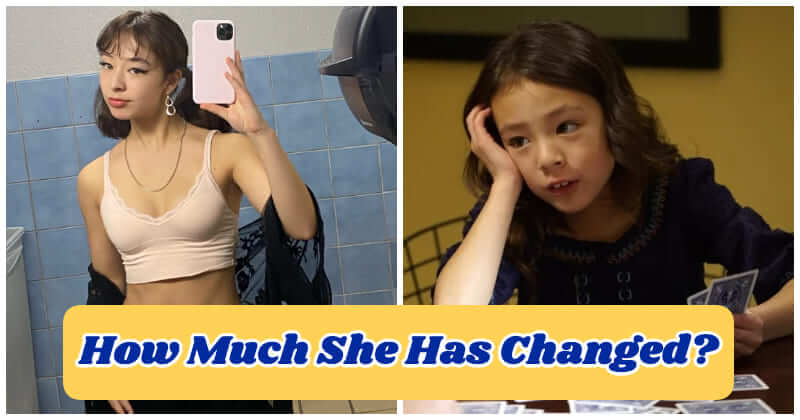 In the eyes of anyone who has seen an episode of Modern Family, Lily is a cultural figure. She is Mitchell and Cameron’s kid and a snarky legend who often steals the show in every scene she is in. When the show concluded in 2020, Aubrey Anderson-Emmons, who played Modern Family Lily from 2011 to 2020, became a TikTok sensation.

Given that many people still regard Aubrey as the four-year-old she was when she first featured in Modern Family, her videos routinely receive comments from fans who are startled by how old she is now and how much time has passed since she first appeared in Modern Family.

How Much Aubrey Anderson-Emmons Has Changed?

The age of Aubrey Anderson-Emmons is specified as 15. She was born on June 6, 2007, and they identify as female and transgender. Aubrey has racked up over 1,1 million followers on their TikTok account (@aubreyandersonemmons) thanks to their regular uploads of herself lip-syncing to songs and participating in TikTok challenges with their pals. Aubrey’s bio states, “Back in the day, I used to portray Lily. To this day, everyone knows me as Aubrey.”

I have covid 🙂 #funtimes

Besides posting on Tiktok, she still posts up her daily activities as well as feelings on her Instagram.

Lily was an infant during the pilot of Modern Family. When we first meet her in Episode 1, Cam and Mitch have just adopted her from Vietnam and are apprehensive about introducing her to Mitchell’s family. Fans of the show know by now that the Pritchetts are a judgmental bunch; Mitch, however, was unprepared for Jay’s harsh criticism. The family, however, embraced Lily with open arms, and they all looked forward to watching her develop. Lily walked and interacted with the family in season 2. Gloria liked Lily because she wanted a daughter. Gloria could finally spoil Lily like her own daughter. Mitch and Cam were choosing Lily’s legal guardian in “Someone to Watch Over Lily.” Jay and Gloria became her guardians after noticing her bond to Gloria. Gloria and Lily’s relationship deteriorated over time and became one of Modern Family’s neglected storylines, which didn’t make sense after witnessing how close they were. Lily’s personality shined in the third season. Lily’s fans shouldn’t skip these episodes because she was older and could laugh and communicate with her family. Lily was a beacon of brightness to Disneyland and Wyoming, where she learned #FarmStrong. Her cousins adored watching after her because she was learning from them. In season 4, Lily’s sassiness emerged. Lily learned from Mitch and Cam, caustic drama lords. She favored Mitchell over Cam, which disappointed Cam. He loved Lily and didn’t want her to grow up. In this season, Lily was no longer the youngest sibling. Lily was jealous of Joe’s attention from Gloria and Jay. Lily’s fifth season was big. Her dads got married, and she had her first crush. This season, Lily and Alex bonded. Alex babysat Lily in ‘Farm Strong’ and encouraged her to read. Alex wasn’t the main character, but a family member that liked school would have been wonderful. Mitch and Cam discovered Lily was smart enough to skip a grade. So Alex had a deeper impact on Lily than she anticipated. Lily found herself in season 6. In ‘Three Turkeys,’ Lily argued with her dads over Christmas attire. Her dads hated her multilayered outfit. Lily was uninterested. Her uniqueness made her likable. Cam sent Lily to clown school in “The Big Guns.” Lily was a clown because Cam liked it. She told Mitch she found clowns “strange” and no longer wanted to attend clown school. Fans saw Lily defend herself for the first time. Lily made friends and played soccer in season 7. In ‘She Crazy,’ she bonded with Phil when he started caring for ducks, and she took a Vietnamese dance class to meet other Vietnamese girls. Lily’s personality blossomed as she spent more time with family and peers. She improved group chemistry. Aunt Pam’s visit brought out her protective side. She adored Pam, but her drama was exhausting. Lily became a pre-teen in season 8. In ‘A Stereotypical Day,’ she defended her parents when a student labelled them odd. Cameron letting one of his student-athletes dwell in their home without consulting her was a bad decision. She told her dads she had a voice and should be heard. She was young and bold in season 8. Lily was a teenager in season 9. She wasn’t on her dad’s hips and shooting photoshoots with Cam. She wanted to be with people, be alone, or listen to music. In ‘Daddy Issues,’ Lily was ready for her first bra but didn’t know how to tell her dads. She didn’t know how to approach these discussion subjects. Mitch and Cam were concerned when she stole a bra and got in a school fight. Lily’s rebellious stage ended when her parents realized they needed to keep up with her. Lily blossomed in the last seasons of Modern Family. She was in high school, dating had snappy remarks, and was mature. Cam and Mitch tried to keep up with their ever-changing teen’s interests. Cam’s move to Missouri brought the family closer together. Cam and Mitch adopted Lily, a brother, Rexford. This family’s story ended perfectly.

If you found this article interesting, don’t hesitate to visit our website Aubtu.biz, where you can get access to a wide range of news and information not only about Modern Family but also about your other favorite movies.