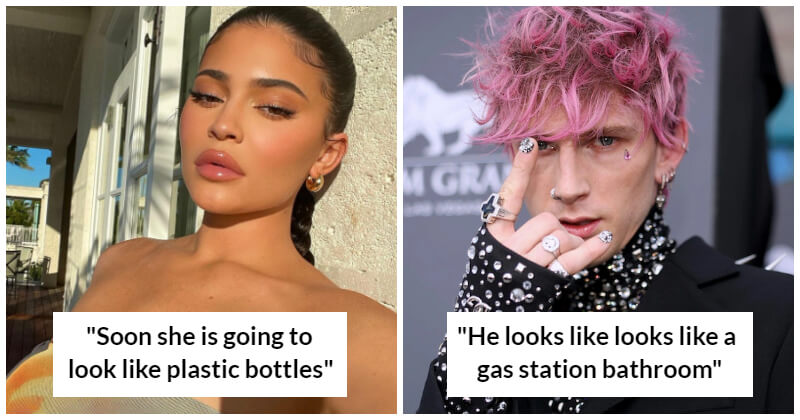 Which makes a person attractive? Eye color, hair color, lips, smile, or jaw? Or fashion and makeup styles? These are all worth considering but it’s hard to vote on the most important criteria. Why? People’s sense of beauty is not the same and it’s based on their gender and culture. This can explain why many people don’t find, Paul Rudd, PEOPLE’s 2021 Sexiest Man Alive, attractive at all. Attractiveness changes from eyes to eyes.

Is there any hot, attractive celebrity that you just don’t get the hype over? If you do, just scroll down to the end of this post. A Reddit user named u/frodomybagginss raised this question on r/AskReddit and received thousands and votes and comments. People don’t hold it back, which means hundreds of famous names are listed.

These names are based on personal opinion, so they might be right or wrong to you. But it’s funny, and exciting to read on. You will find that many people share the same thinking as you, and of course, some stay on the opposite side. Keep reading to know whether your favorite celebs are on this list! All the Kardashians. Soon they’re going to look like plastic bottles. – pdrpersonguy575 100% It’s not even like she makes up for it with her personality, she is a horrible horrible person. Anyone that uses their kids to keep themselves in the public eye and relevant just absolutely sucks. – AirForceWeirdo She got huge cheek implants and now she looks like a pillow. She was a lot better before the plastic surgery. – atari-2700 The best description I’ve ever seen. I saw it on Twitter referring to him, Pete Davidson, and Travis Barker. – MasterFortuneHunter She’s not really wearing her own face anymore. – Angryleghairs He just simply looks like a psycho to me. Kinda like the type to act ok on the slightest mistake or inconvenience but will want you eradicated as soon as he’s out of your sight. – Flameskull_455 I think the best description I’ve ever heard of him was “somewhere between the hottest man you’ve ever seen, and a wet cigarette”. – Spielburger_witFries She’s attractive, but not hot. – TurquoiseBoho I find her average. Middle of the road. Not attractive, but not unattractive (relative to the topic of this post, specifically). – chibinoi Sure he’s attractive, but you can walk through a mall and see, at least, 20 guys that look better. – ChromeBatwing My daughter is obsessed with this dude. I’m only going to call him tomato calamities around the house from now on. It will drive her insane. Thank you. – bernyzilla I never went through the belieber stage when I was in middle school, I just always thought he was unattractive. – alyggarrison23 She’d be prettier if she didn’t like, talk. Or give interviews. Or show her personality. – KidsTheseDaysYknow He’s “attractive” in the way that he’s not painful to look at… most of the time. – lilydesign I mean sure he’s hot but I’m surprised he’s been able to skate by on looks alone for this long. Love Danny! – moto0392 She looks like a 14 year old girl trying desperately to be sexy, but has no sex appeal to me. – BringBack4Glory Idk I love him in The Martian, but that might be more due to his character’s personality than the physical attractiveness. I’d bang Mark Watney any day. – BgDmnHero She’s not “hot” now, but I 100% never ever ever got the whole thing with Paris Hilton. She wasn’t good looking, she wasn’t talented… I never got it? – Le0nardNimoy I’ve always thought the opposite about SJP, people always seem to make fun of her appearance but I find her very pretty in a kinda unconventional way. – laramank