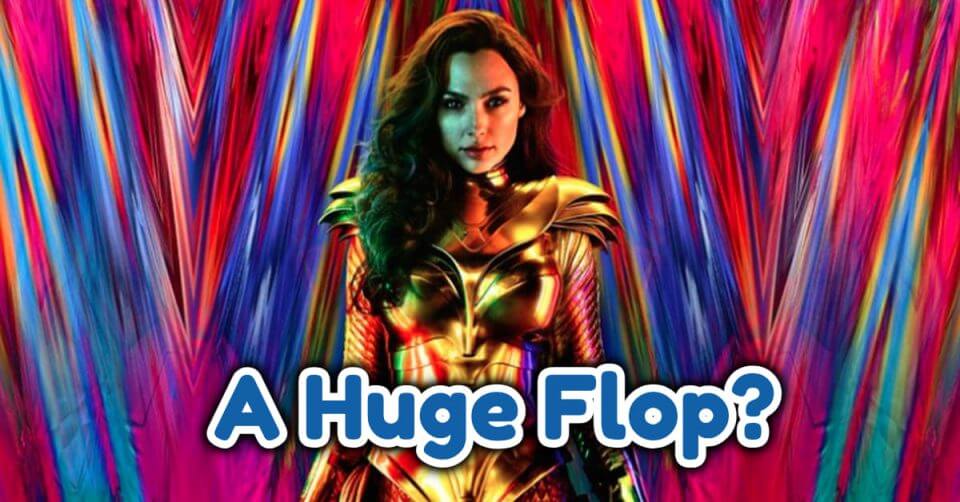 The movie is finally out in theaters, but has it been a failure so far due to the flop of Wonder Woman 1984 Box Office? From the movie’s initial trailer in late 2019 to the revelation that Chris Pine would return as the dead Steve Trevor, fans were excited about Wonder Woman 1984.

The film’s path to theaters wasn’t easy. Wonder Woman 1984 was delayed from its intended June 2020 release date to August and October before Warner Bros. settled on a December 25 release. AT&T and WarnerMedia chose a different strategy because the epidemic still threatened health and safety. Wonder Woman 1984 was released on HBO Max and in theaters on the same day, a first for the film business.

From Chris Stuckman: “It just feels so over the top, hammy, and unearned. It doesn’t feel lovingly hammy, it feels accidentally cheesy.”

From Randy Myers: “There’s enough creative juice like that firing up “Wonder Woman 1984″ that, in the end, it reminds us that a cinematic superpower can transport us away from the doldrums of reality and save the day, along with buttered popcorn.”

From Brian Lowry: “The stakes wind up being high enough, but the antagonists represent a huge comedown from the God of War and the German army, and despite the efforts of Gadot and Pine, the film can’t overcome those hurdles.”

From Jake Wilson: “Gadot as Wonder Woman — or Diana Prince, as she’s more commonly known — may be the single best piece of casting in a superhero role since Christopher Reeve first donned the cape and spandex of the Man of Steel.”

Wonder Woman 1984 got a good start in overseas markets with little competition. Since launching on December 18, the film has made $1.15 million in the UK. The film has grossed $5.9 million in Spain, Portugal, Croatia, Ukraine, Iceland, Slovakia, Serbia, and Montenegro.

Wonder Wonder 1984 grossed $6.39 million in Saudi Arabia and the UAE on December 17. In Latin America, the film opened in only three countries (Brazil, Colombia, and Mexico) but has already earned $10.5 million. The sequel earned $17.6 million in Australia and $25 million in China.

If you are into news and information about Wonder Woman 1984. Visit our website Aubtu.biz to have a wide range of articles related to not only ‘Wonder Woman 1984’ but also other famous movies.