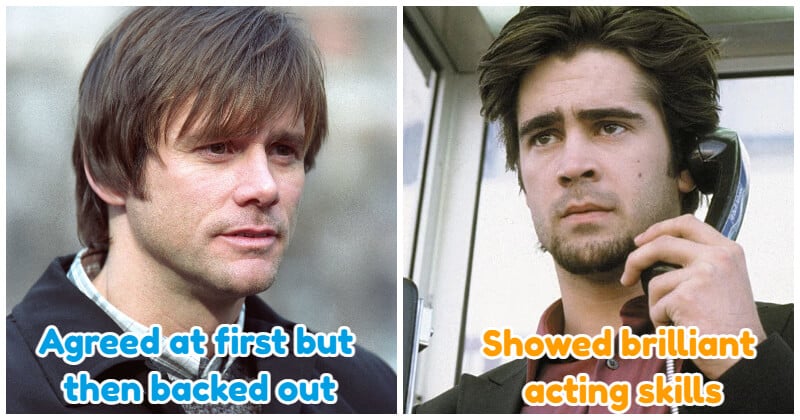 In the film industry, actors often turn down roles offered to them by famous directors or studios. It’s always hard for these actors to consider before making their own decisions. And when an actor turns down a movie project, there are many reasons, including a low budget, terrible script, or whatever. In particular, some actors turned down roles in the movies because they didn’t believe in the success of the movie, claiming that the movie was glitched from the start and that there was no way to save those movies.

However, many actors sometimes regret their decisions not to take the roles they were offered because the movies turned out to become iconic. Now we can say that if the movies weren’t wrong, these actors would be wrong. Looking at the success of the characters they declined, some actors wish they could go back in time to undo their decisions.

Today, we have compiled a list of 11 big stars who turned down certain roles that later became iconic. Let’s scroll down and check them out! James Caan portrayed the role of writer Paul Sheldon in the Oscar-winning thriller, Misery, based on Stephen King’s novel. He was nominated Saturn Award for his portrayal. Willem Dafoe portrayed scientist Norman Osbourne, who later shifted to Green Goblin, a villain that tries to destroy Spider-Man. This role was offered to Mel Gibson, John Travolta, Robert De Niro, and other actors, such as Nicolas Cage, John Malkovich, and Jim Carrey. All of them refused.

But director Sam Raimi met Defoe several times and was sure the actor would be a last puzzle for the movie. There are numerous stars like Christopher Lloyd, Patrick Stewart, Forest Steven Whitaker, and other famous actors, such as Sean Connery, Dustin Hoffman, Robert Duvall, Jack Nicholson, and Robert De Niro, who were considered for the part of Hannibal Lectеr. Sean Connery refused the offer and thought the script was “disgusting.” And Robert De Niro carefully considered the offer but finally turned it down. And the last one Duvall, the director never got an answer from him.

But Anthony Hopkins didn’t hesitate to grasp his opportunity and played Lecter so well, that brought him an Oscar for it. Hopkins achieved a lot of other awards and nominations for his brilliant acting, and Hannibal Lecter was named the greatest villain in American cinema. In Zack Snyder’s flick, Michael Shannon played the main villain, General Zod. He came from Krypton to conquer and enslave Earth. It’s fascinating that he could have been played by Viggo Mortensen or Daniel Day-Lewis. Richard Gere portrayed a businessman, Edward Lewis, in this romantic comedy. The actor was nominated for a Golden Globe. But the role of Edward had been offered to different actors, such as Sean Connery, Harrison Ford, Sylvester Stallone, and John Travolta. But none of them took the role for several reasons. The role of God in this comedy was portrayed by Morgan Freeman. But Jack Nicholson was the first one to appear in the movie and Robert De Niro decided not to accept. Bryan Cranston appeared in Breaking Bad as a protagonist that later became iconic. The showrunner, Vince Gilligan found his talent and decided to choose him. Previously, he had worked with Cranston on an episode of The X-Files. Gilligan says that the role of Walter White was considered simultaneously loathsome and sympathetic and that Cranston was the only one who could pull it off.

But the producers ignored the idea, and they offered the role to both actors John Cusack and Matthew Broderick. But the studio bosses finally agreed to cast Cranston in the role of Walter White as the two actors turned down the offer. Stuart Shepard was chosen as the main character of the movie, an arrogant and dishonest New York City publicist, who was played by Colin Farrell. Fans wanted him in this role, saying, “Quick pacing and Farrell’s performance help make Phone Booth a tense nail-biter.” In this movie, one of the 2 main roles, a dirty detective called Alonzo Harris, was played by Denzel Washington. The film gained a bunch of awards and accolades, and Denzel’s portrayal bring him an Oscar for Best Actor.

Initially, the role of Alonzo was offered to Bruce Willis, Gary Sinise, and Tom Sizemore, but they all passed. The protagonist of this film is Maximus Decimus Meridius, a Hispano-Roman legatus that wants to return to Commodus. Russell Crowe portrayed this role, and he did so well that he even earned an Oscar and other awards for the role.

The film might be not that successful if Maximus had been portrayed by a different actor. It could have been Antonio Banderas, Hugh Jackman, or Mel Gibson, who said no because he thought he was too old for the part – he was a bit over 40 at the time.