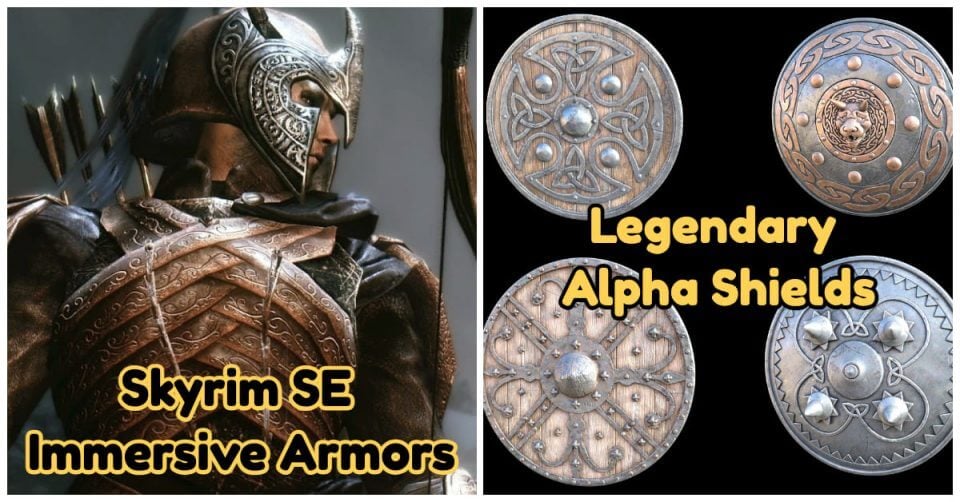 The people who make mods for Skyrim have made some of the best Skyrim armor replacer that can be added to the base game. Every player should have these. Without a good set of armor, a reliable weapon is useless, and this is especially true in Skyrim. The province has big and small dangers, and having the proper armor can help you get through some more brutal fights. Still, the default armor is getting old, especially for people who want to play Skyrim again in the present day.

You can choose from many different armor mods, but the best ones add a lot of different sets to the game instead of just one. Some are changes to the textures, and others are entirely new models made by skilled 3D modelers and hobbyists. If you add a few of these mods to Skyrim, your adventure there will be much better.

To answer the question “What is best armor in Skyrim?” we have selected votes and opinions from the audience to give you the list of the best five Skyrim SE armor mods. DeserterX has been making armor and clothing mods for female characters for a while now. They aren’t the most lore-friendly of the bunch, but they are great for players who want to play as female Dragonborn. Many armors were made with style over function, but some look great and work well.

The Riverwood Trader has many crafting manuals needed to make the different armors in the game. This makes it a one-stop shop to which the player can return whenever they want. There are a total of 16 different armor sets that can be made. Each one gives the Dragonborn character a different look. Some of the toughest armor in Skyrim is made of dragon bone, but it looks even better when it fits the part. This mod is good because it adds more variety to Dragonbone armor sets and makes them easier to wear by letting you put them on differently.

The Special Edition of the mod has armor for both men and women, but the Legendary Edition is only for women. Some are made to look like the way Barbarians live and dress, with few pieces and little padding, while others have more pieces and padding to make a full and structured set.

If you want a more realistic and gritty Skyrim experience, you might want to install this mod. It changes the armor sets in the game to look like they came straight out of the Middle Ages. This is a better choice than high fantasy for people who want to read a dark fantasy story.

It also adds a couple of new armor sets to the game, which is a nice touch. Even though this might not be everyone’s cup of tea, history fans might like the change from something magical to something much more real and historical. ChakraSSE, who makes mods for Skyrim, has made a lot of interesting and wacky armors for the game, and he has put together a pack of many of them. This mod adds 13 sets of armor to Skyrim that are made from the game’s vanilla assets but look like they were made just for this mod.

Even though not everyone might like the armors in question, there should be options for every type of gamer. Each piece of armor seems to be designed to make the wearer look as cool and evil as possible, which isn’t bad if a gamer wants to look like a scary Dragonborn. Shields are an important part of the armor, and this mod pack goes above and beyond to include them. It adds 30 new shields that all look and act differently and have beautiful textures for different armor types.

You need the Steel Smithing perk to make these shields, which might seem a bit simple. However, the shields are a great addition to the game, maybe as a base mod. They also make great things to put on the walls.

Bonus: Skyrim SE Immersive Armors Deserves To Be One Of The Best Skyrim Armor Replacer

Immersive Armors has been one of Skyrim’s most important armor mods for a long time, and a good reason. It adds a lot of new armors to the game that can be made or found worldwide. There’s something here for everyone, no matter what they like.

The creative armors and MCM menu let players customize the mod. They can affect which armors exist, can be produced, and can be smelted. Adding add-ons to the load order is often missed by new Skyrim players.

If you are interested in this article and want to have more. Visit our website Aubtu.biz. Not only can you have interesting information about Skyrim, but you also can catch up with other games‘ updates.