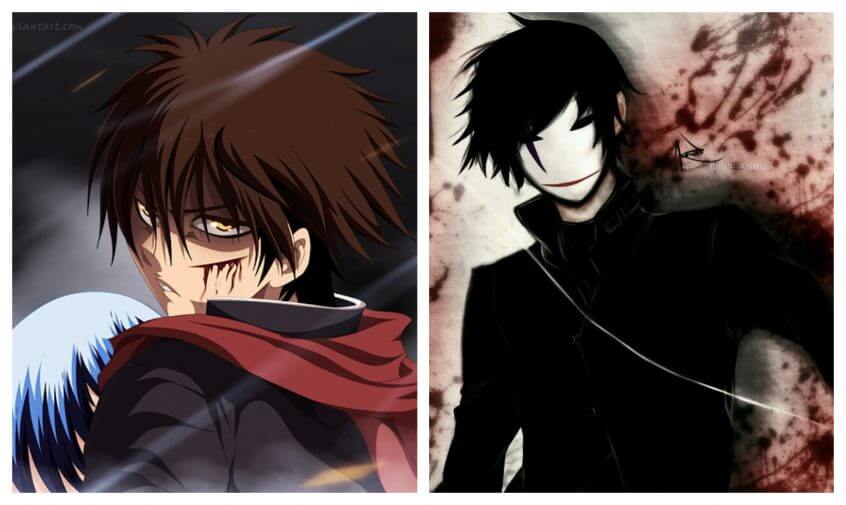 It’s simple to find recommendations for a lot of well-known anime. However, there is a lot of anime out there, though they’re so great but miss some great opportunities that don’t receive the recognition they deserve. Those are underrated anime that need more popularity as they should have. Darker Than Black is one of the most underrated action anime. This anime about an impenetrable field known as “Hell’s Gate” appeared ten years ago in Tokyo. At the same time, psychics who wield paranormal powers at the cost of their conscience also emerged. He is one of the most powerful of these psychic agents, and along with his blind associate, Yin, works for one of the many rival agencies vying to unlock the mysteries of Hell’s Gate. The time is 1920, five years after National Prohibition Law took place in a city called Lorel in the United States. We can not forget to mention  91 Days. This anime about Avilo-the Main character arrives to join the Vampiro family mafia undercover in order to seek revenge on killers who killed his parents and brother in this mafia. A Killing starts kills. Revenge starts new revenge. A story of vengeance and sorrow starts now. Hellsing deals with a lot of murder and action. This is why it deserves more love and attention. The series talks about an organization called Hellsing. The reason for the existence of this organization is to ensure the demise of Vampires.The leader of the Hellsing group, dispatches his incredible weapon, in order to take care of a vampire in a said town. This vampire has been reported to turn villagers into Ghouls. Alucard has also been sent to the battlefield in order to put an end to his antics and turmoil. Rikuo Nura (who is 3 parts human and 1 percent demon) resides with his grandfather, the current clan chief of the Nura youkai, in a mansion of spirits. Despite the fact that Rikou dislikes his demon side, he is expected to become the next clan leader. He decides to accept his role as the youthful master of the Nura house after quickly coming to grips with his demon blood. However, certain people will undoubtedly make it difficult.

Scum’s Wish isn’t the happiest anime. Hanabi and Mugi, the story’s protagonists, turn to one another in the hopes that intimacy may lessen the pain after having their hearts broken by other persons.Children or viewers who want simple, uncomplicated fictional relationships shouldn’t watch Scum’s Wish. In this anime, relationships can be difficult and challenging. The series is controversial and mature, but it may be precisely for these reasons that it succeeds. Youto can’t stop expressing his feelings, and Tsukiko, a fellow student, becomes practically emotionless. Although it’s not a good beginning for romance, romance is where it ultimately goes. Although Henneko isn’t exactly flawless, it is charming, entertaining, and original in ways that many other romantic anime aren’t. Younger viewers shouldn’t watch it because of the fan service, but mature romance anime lovers should find much to like. Hiroko smokes too much, works too hard at her job at a monthly magazine, and is too rude to keep up relationships. In that it doesn’t attempt to deconstruct the complex realities of adult relationships, Hataraki Man is a complex, adult slice-of-life anime. Hataraki Man is a romance anime that does not despise its viewership, which is the major reason I would suggest it. It accomplishes this by coming closer to portraying genuine relationships than virtually any other similar series. Space travel is part of everyday life. Large space enterprises have arisen, and humans have established colonies on the moon. It tells the story of a group of great but ordinary people who struggle to get by while working for a company that doesn’t seem to have their best interests in mind. It allows each crew member a chance to stand out and grow as a person. The similarities between the challenges in the fictional Planetes world and those in the actual world, as well as how personable the people are, may surprise viewers. Humanity’s future on Mars is grim. Its economy is in ruins, nearly all of it is submerged in water, and food is incredibly expensive. While Gram River and his pals are only trying to get by, his life changes drastically. He finds himself on The Ship of Aurora, home to the most infamous pirates, for whatever reason. The fact that it is set in the water sets it apart from typical mecha anime, but it still contains all the beloved mecha features. The combination of this with elements of comedy, romance, and adventure will make for fantastic entertainment for viewers.

Today’s kids live in a world where wearing augmented reality glasses is so commonplace that they have no idea what life is like without them. Okonogi Yuko “Yasako” has recently relocated to Daikoku City. She discovers that her grandmother both manages a detective agency that investigates wrongdoing in the virtual world and owns a store that sells illicit components to communicate with it. Yasako joins the team in identifying the source of the viruses and corruption in order to discover more about her history, which she seemed to have forgotten.