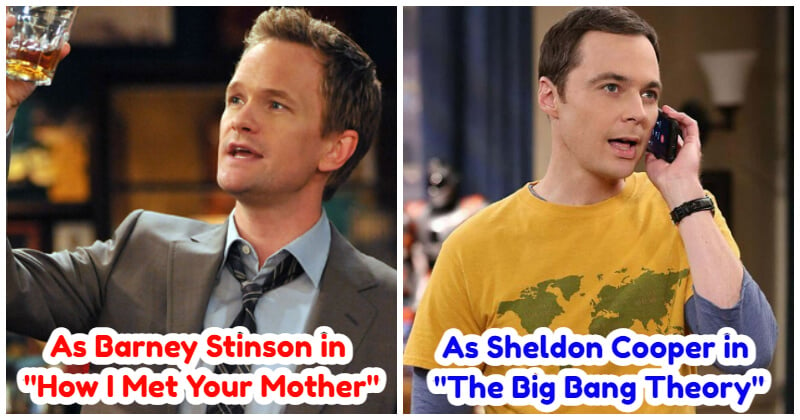 What is the best part about being an actor? Playing characters that are different from yourself. A good, talented actor is an actor who is ready to transform to embed their role and doesn’t let go of it until the shooting ends. Some have lost pounds and pounds to fit their character. Some have practiced method acting to understand their character and live with it. And some even accept a role regardless of gender differences. We mean, several gay actors played straight characters in film and on television and they just nailed it.

And, some of the most famous gay actor who has played straight characters? Neil Patrick Harris as Barney Stinson on one of the most successful sitcoms of all time, “How I Met Your Mother”. That role earned Neil Patrick Harris the award for Favorite TV Comedy Actor twice. Portia de Rossi is also worth introducing. The actress played promiscuous Lindsay Bluth Funke on “Arrested Development”. In real life, however, she has been married to Ellen DeGeneres since 2008.

Below are 17 gay actors who’ve found credible roles as straight characters. Scroll down and check them out!

#1 Barney Stinson (How I Met Your Mother) – Neil Patrick Harris Neil Patrick Harris hit it big with his role as notorious womanizer Barney Stinson in “How I Met Your Mother.” Meanwhile, he is openly gay in real life. Coming out in 2006, the actor said “I am happy to dispel any rumors or misconceptions and am quite proud to say that I am a very content gay man living my life to the fullest and feel most fortunate to be working with wonderful people in the business I love.” Robert Reed gained recognition for his character as Mike Brady on “The Brady Bunch.” Reed chose not to discuss his sexuality. He died of colon cancer in 1992. One of the best roles of Cynthia Nixon is Miranda Hobbes in “Sex and the City.” The actress married her partner, Christine Marinoni, in 2012. Jim Parsons is famous for his role as Sheldon Cooper on “The Big Bang Theory,” which he played for more than a decade. Rock Hudson never came out during his lifetime. However, everyone knew he was a homosexual. Hudson played many straight characters throughout his career, including Brad Allen in Pillow Talk, Jerry Webster in Lover Come Back, and George in Send Me No Flowers. Sadly, he was the first major star to die of complications relating to AIDS. Wentworth Miller is best known for his straight character Michael Scofield on the show “Prison Break.” The actor came out in 2013 by posting an open letter on the GLAAD website in which he explained why he didn’t attend a Russian film festival – because of anti-gay laws. Matt Bomer is best known for playing Neal Caffrey on “White Collar.” He came out in 2012, and he has three sons with his partner, Simon Halls. Gay actor Zachary Quinto has played several straight characters, including Spock in J.J. Abrams’s adaptations of Star Trek. He publicly came out in 2011 and has supported several gay rights organizations. Meredith Baxter is best known for her character Elyse Keaton on the family comedy “Family Ties.” The gay actress came out in an interview on “The Today Show” in 2009. She married her partner, Nancy Locke in 2013. Openly gay actor Russell Tovey is famous for his role as werewolf George Sands in “Being Human.” The actor has said that it took a lot of time for his family to accept his true gender. Jonathan Groff gained recognition for his role as Jesse St. James in “Glee”. He publicly came out in 2009 and once dated Zachary Quinto. Sarah Paulson is known for her straight character Harriet Hayes in “Studio 60 on the Sunset Strip.” The actress was in a relationship with Cherry Jones in 2007 but the couple split two years later.

46 Celebrities Who Haven’t Aged Over The Past 20 Years