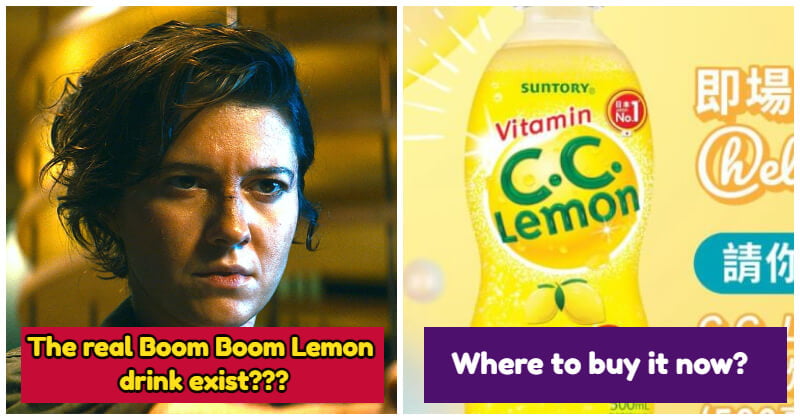 If you’ve been watching Netflix recently, you may know (or even be obsessed with) a drink called Boom Boom Lemon.

#1. What is Boom Boom Lemon drink? If you found yourself watching “Kate” and fantasizing about a sip of the lemon soda yourself, you’re definitely not alone. Boom Boom lemon drink is a beverage in the movie Kate which was released on Netflix in 2021. It is a refreshing citrus beverage that proves challenging for Kate to find.

#2. What is the meaning of Boom Boom Lemon drink? The film follows protagonist Kate (Mary Elizabeth Winstead), a trained assassin, as she tries to escape the killing business. After missing a shot on the job, Kate realizes she has been poisoned and has limited time to live. Despite her impending death, she continues to seek vengeance by tracking down the person responsible for her poisoning. The soda causes an unlikely friendship between Kate’s new friend Ani (Miku Patricia Martineau), who both have a mutual appreciation for the fizzy beverage.

Although Kate is a bloody assassination film, it is also a family film. Early on, Kate kidnaps Ani to draw Kijima out of hiding while still being troubled by the memories of the last time she saw Ani—killing her father. Since then, Ani has been resentful and lonely. Despite their relationship’s difficult beginning, Kate feels Ani needs to be protected. Kate and Ani connect through their shared experience of feeling alone in the world, and after Kate and Kijima have a conflict, Kijima decides to become more involved in keeping an eye on his niece. Varrick’s betrayal shatters Kate’s conception of family, yet she can’t help but long for his first gift to her: Boom Boom Lemon Drink Unfortunately, this drink is not real. Although soda belongs to the purposes of the film, but it does have a close equivalent in real life. Many people think the idea came from a famous Japanese drink C.C. Lemon, described as “the No.1 lemon-flavoured carbonated drink in Japan for over 20 years” (via Suntory). The incorporation of this funny element actually gives the audience a moment of joy. Because Boom Boom Lemon drink is an unreal beverage. So don’t trust anyone who told you to buy it :> However, there is a Japanese beverage that is similar to it. It is C.C. Lemon, described as “the No.1 lemon-flavoured carbonated drink in Japan for over 20 years.

#5. What is the the Boom Boom Lemon recipe?

The fact that Boom Boom Lemon is not a real soda means there’s no official recipe, but that hasn’t stopped many YouTube channels from putting forth one of their own. You’ll need a mason jar, lemons, carbonated water, and a whole lot of sugar.

To know more about interesting facts about movies and news updates, visit our site https://aubtu.biz/ daily.

John Shelby And His Mysterious Death In Peaky Blinders