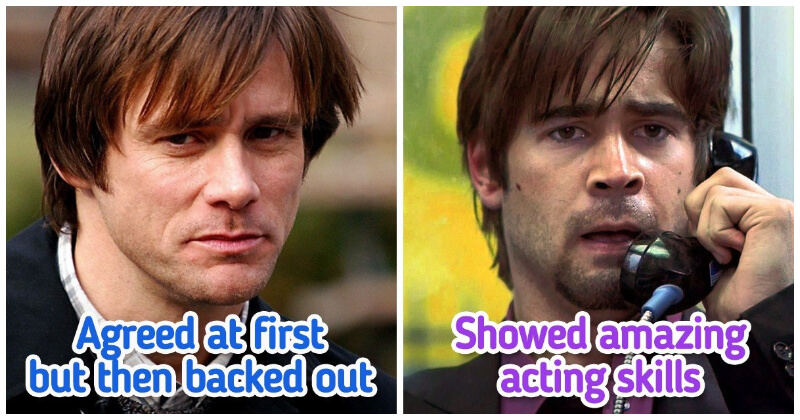 Have you ever imagined Brad Pitt as Neo, Josh Harnett as Batman, or Halle Berry as the lady driving the bus in “Speed”? Believe it or not, all would have happened if those actors had said yes. In fact, in the history of Hollywood, many actors turned down roles for different reasons. Some had scheduling conflicts, some felt their pay was too low or the script seemed too boring.

Many actors turned down the characters that ended up becoming iconic. That made some actors regret their decisions. Characters went to the others but earned them various prestigious awards. Here are actors who turned down certain roles that later became iconic. It’s hard to imagine that someone plays Edward Lewis in “Pretty Woman” except Richard Gere. For his performance, the actor was nominated for a Golden Globe. However, many might not know that before that Sean Connery, Harrison Ford, Sylvester Stallone, or John Travolta turned down the role for some reasons. Bryan Cranston portrayed the lead character, Walter White in “Breaking Bad”, which became iconic. Before he got the role, it had already been offered to John Cusack and Matthew Broderick. Both of them declined for some reason. General Zod, a supervillain in “Man of Steel”, was played by Michael Shannon. The actor looked awesomely intimidating in Kryptonian battle armor. Michael Shannon was not the first choice for the role. In fact, it could have been played by Viggo Mortensen or Daniel Day-Lewis, but they turned down it. Green Goblin took on the role of Green Goblin, a villain trying to destroy Spider-man. Originally, some actors were considered for the role but all of them refused. They included Mel Gibson, John Travolta, Robert De Niro, Nicolas Cage, John Malkovich, and Jim Carrey. Tom Hanks starred in the movie “Saving Private Ryan” in the role of Captain John Miller, which was originally offered by Mel Gibson and Harrison Ford. Eventually, director Steven Spielberg chose Hanks and the actor played the role well. Russell Crowe received an Oscar and some awards for the role of Maximus in “Gladiator”. Many might not know that initially, the role was turned down by Antonio Banderas, Hugh Jackman, or Mel Gibson. Stuart Shepard, an arrogant and dishonest New York publicist, was portrayed by Colin Farrell. His performance received a lot of praise from critics and movie buffs. Some said, “Quick pacing and Farrell’s performance help make Phone Booth a tense nail-biter”. Before Colin Farrell took on the role, it was refused by Mark Wahlberg, Nicolas Cage, Tom Cruise, Mel Gibson, and Jim Carrey. Detective Alonzo Harris is the main antagonist of the crime thriller film “Training Day”. The role was originally offered to Bruce Willis, Gary Sinise, and Tom Sizemore but all of them refused. Eventually, the role went to Denzel Washington and the actor fulfilled it perfectly. Can you imagine someone playing God in “Bruce Almighty” except Morgan Freeman? Well, you can see the other version of God if Jack Nicholson and Robert De Niro said yes to the role. They refused and it went to Morgan Freeman. For the role of Hannibal Lectеr in “The Silence of the Lambs”, Anthony Hopkins earned himself an Oscar and got numerous other awards and nominations. However, initially, the role was refused by many actors such as Christopher Lloyd, Patrick Stewart, Forest Steven Whitaker, Sean Connery, Dustin Hoffman, Robert Duvall, Jack Nicholson, and Robert De Niro. Some thought the script was disgusting, some had scheduling conflicts.