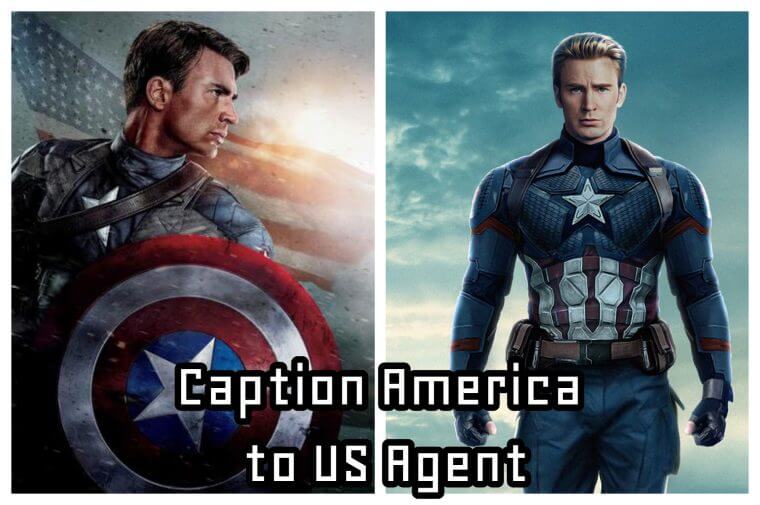 Marvel Studios released the second series on Disney+, The Falcon and the Winter Solder. It introduced a brand new character: John Walker. Even though being chosen to be Captain America at first, things just did not go well for him and later on, he was renamed in US Agent.

#1. Appointed as the Heir of Captain America Title

Initially, Cap’s shield was given to Sam due to Steve Rogers’s trust in Falcon. Otherwise, Sam thought that he was not good enough to inherit the shield and also the title of the next Captain America. He donated it to the government to memorialize Captain America’s legacy. However, after a few months of staying in the museum, they gave the shield to John Walker as the officials chose him as Captain America. Graduated from the United States Military Academy, Walker has a successful career in the army. He is the first soldier who was given 3 Medals of Honor – a reward for his achievements after years of devotion for his country.

#2. Untitled as Cap After Battlestar’s Incident

Walker’s dream had the chance to come true when he found a bottle of serum left on the ground when Helmut Zemo (the villain from Captain America 3: Civil War) destroyed Karli Morgenthau’s (Flag Smasher leader) unsealed serum. He did not take the serum until he lost to Dora Milaje, a female Wakadan warrior, and had a talk with his companion Lemar Hoskins or Battlestar.

Afterwards, in a conflict, Flag Smasher accidentally killed Battlestar and it drove Walker crazy. With his newly regained strength, he randomly targeted one of the super soldiers and murdered him with the shield, with many local people witnessing and taking videos. For that, Bucky and Sam fought him to take the shield back as a protection of Steve’s heroic history.

As a result, Walker was presented in front of the council judged by the States’ government officials for his unmindful action. They came to the decision to take back his title. He was also discharged from other activities within the country’s army. Portrayed as a character with an unstable mentality, Walker went crazily mad and spoke inappropriately to the officials. This did not change that fact that he had lost what he was proud of the most. Soon after, he would find his new title.

When Walker was sitting with many thoughts running through his brain, a mysterious woman who introduced herself as Valentina Allegra de Fontaine approached him and his girlfriend. She gave him her card, a blank card, and told him to answer her calls. Following this victory, Walker came back to Capitol meeting his girlfriend and Val. He got his new look, a suit just like Steve’s but in black, implying he’s now a new person. Val called him the US Agent.

It may be still too early to say that he will be a villain or not. But we know Val is a dangerous woman. In Black Widow (2021 movie), she met Natasha’s sister Yelena Belova and convinced her to kill Clint Barton. There are many predictions that Val will form a powerful team for her upcoming plans. As of now, US Agent’s next steps in the Marvel Cinematic Universe remain unknown.

If you’re a fan of the MCU or a movie lover in general, our page https://aubtu.biz/ is the place for you. We also update daily on memes, animals and other hot topics.