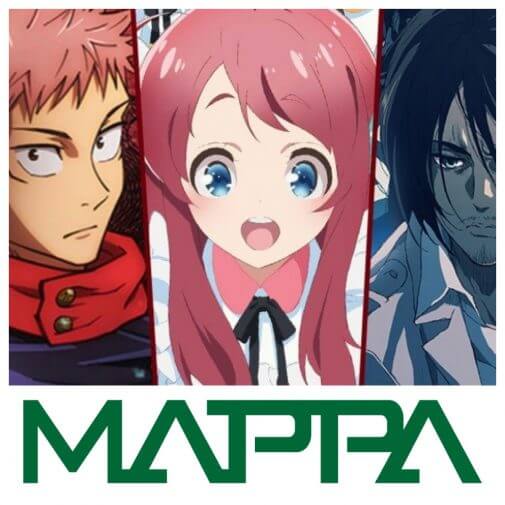 MAPPA was founded by Masao Maruyama in 2011 in Tokyo, Japan. Ever since, it has gained noticeable success and made its way to the top anime studios. In this article, we will show you its timeline from a small studio to one of the most successful.

#1 The founding of MAPPA

Masao Maruyuma was a co-founder and an animator of Madhouse, a well-known anime studio that has 50 years of history. Disagreeing with Madhouse’s new policies, Maruyama wanted to work more independently. He withdrew from the studio and started establishing his own studio called Maruyama Animation Produce Project Association, shortened MAPPA in June, 2011. Its first projects were Kids on the Slope and three seasons of Teekyu, slice of life stories. Following that, the studio released Hajime no Ippo: Rising, a boxing-theme TV series. But it was not until Terror in Resonance (2014) that MAPPA had its first original work. New inhouse projects’ number kept increasing alongside collaboration with other anime studios. MAPPA had gained significant recognition from its baby steps.

#2 Departure of Maruyama and studio’s most important breakthrough

As we already know, Maruyama quit Madhouse as a key person because of his willingness for more freedom and control of his products. As MAPPA’s growth, it faced the same difficulties as Madhouse had: more stress, less joy at the workplace. It resulted in his resignation from the presidency in 2016. Manabu Otsuka, an animation producer who used to work for Studio 4°C, was promoted to CEO afterwards. At the age of 75, Maruyama continued to run Studio M2 and has produced a few productions.

This leadership shift was followed by many impressive successes. Yuri!!! On Ice premiered in late 2016 received several awards and gained commercial and critical success. It became MAPPA’s symbolic series and marked their name in the anime market worldwide. That series referred to mental health issues and LGBTQ+ community somehow made it approachable to a wide range of audience. Released also in 2016, In This Corner of the World was MAPPA’s first movie that made its way to US theaters. The movie was set during World War 2 in Hiroshima and Kure. Otherwise it does not tell a dark story but a normal life story but no less touching and meaningful. Through this movie, MAPPA once again showcased how they could handle various anime genres.

Banana Fish and Dororo are two remake series that were praised for their quality. During Covid-19, many studios had to shut down but MAPPA told another story. In 2020, the studio announced its process of making Attack on Titan: The Final Season and brought up many controversies. Many AoT fans claimed that a newborn studio like MAPPA could never do well with the series. In contrast, when the fourth season came out it received great reviews. On IMDB, the movies’ lovers gave the series a score of 9, making it one of the most high-scored anime series. Other projects that caught notable attention include Zombie Land Saga, To the Abandoned Sacred Beasts, The God of High School and so many more to list out.

#4 Present struggles and promising projects in the future

Just like other anime or movie studios, animators, directors and producers have implied that working under MAPPA is not really ideal. The more projects are in process, the more pressure they feel. Realizing the alert situation, the studio’s head people initiated to improve their employment environment, starting with building a new, much larger studio in Tokyo. This was expected to give MAPPA’s team a better work space to carry on their large number of incoming projects, which are really anticipated by anime fans and audiences on the globe.

In just a decade, MAPPA has built their own popularity and spread anime’s impact internationally. The hope and anticipation we have on this studio’s upcoming are high and also may their problems be solved as early as possible.