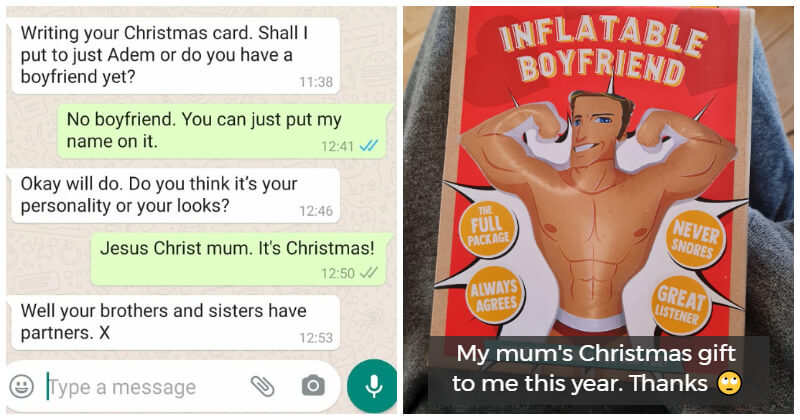 People say we all should find a partner so we won’t be lonely. That’s the idea. But it’s a thousand times more difficult in action. Finding a person that suits your personality and preferences is indeed not easy. Life is no fairy tale in which you can go into the wood, take a nap, and then a prince charming will pop up from nowhere and fall in love with you. The chance you can meet your true love is, in fact, pretty thin. Among roughly 8 billion people in this world, who will the love of your life be?

Now that people are not really bothered with being single, many simply want to live their lives with their pets, no partner needed. However, while they don’t give a fig about their single life, their parents seem worried. Understandably. Parents want their children to have somebody by their side when they reach a certain age. A guy on Twitter went viral after sharing how his mom reacted to him being still single, and others pitched in with their hilarious replies about family members’ reactions to their life stories. 10+Reasons Why You Should Never Trust Social Media

20+ Pics That Are Plain Cringey And Sad

People Recreated Their Old Family Photos And They Were Incredibly Awesome

25 Brazilian DIY Projects That Are Both Chaotic And Ingenious

This Guy Explains Why Job Postings Must Include Salary Attached

16 Images Of Brave Women Compare Makeup Done By Them And By Professional, And The Results Will Leave You Amazed