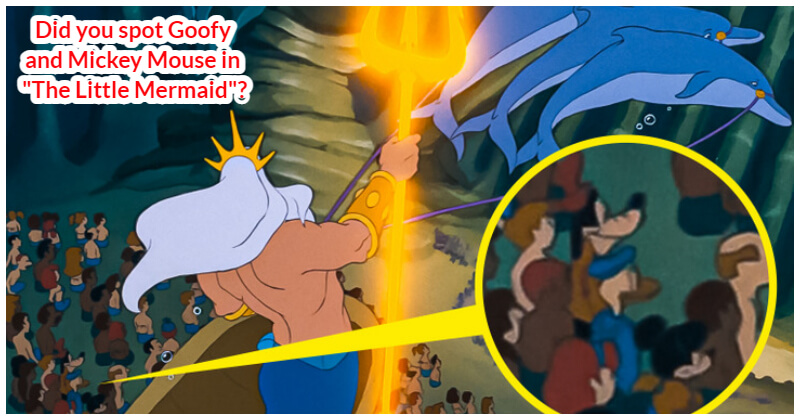 For many people around the world, growing up with Disney provided some of the most amazing experiences of their lives. From feature films to animated and live-action TV series, at one point or another, everyone loves Disney. Although you have watched almost well-known Disney films, there are numerous Easter eggs and hidden details in the movies that you are unaware of.

It may come as no surprise that Disney has many hidden details and Easter Eggs that we can never discover the entire thing. Even when you are hardcore fans, there are still secrets that you might not realize. But don’t worry, we are here to help you widen your knowledge about Disney movies that certainly blow your mind up.

#1 The beautiful waster in “Encanto” was inspired by reality The gorgeous, colorful waster we see in the movie is inspired by a river in Columbia. It’s the Caño Cristales River that is renowned as the Liquid Rainbow river because it is multicolored. When Abuela asked to play some music, Agustín chose to play the famous piano tune “En Barranquilla Me Quedo” by Joe Arroyo.

#3 During the song “We Don’t Talk About Bruno”, the colorful umbrellas that everyone is holding make up the Colombian flag #4 Bolt characters made a cameo in “Big Hero 6” When Baymax and Hiro were in the police station, the sergeant’s desk has two framed photos on it. The first features Bolt, the dog from the film “Bolt”, and the second is Ester, the animal control officer from the same film.

#5 Disney World in Orlando, Florida can be found in “Lilo and Stitch” You can see the park on a postcard on the shelf. It also includes the word “Orlando”.

#6 Goofy and Mickey Mouse appeared in “The Little Mermaid” If you look closely, in this scene you can spot Goofy, Mickey Mouse and even Donald Duck. #8 The speical card in “Inside Out” If you look closely, you see the cards in this enormous card house are not normal. The faces on the cards are that of her family members and the letter R stands for Riley. Two of the best animators in the world, Frank Thomas and Ollie Johnston, who worked on “Snow White and the Seven Dwarfs”, made an animated cameo in the film.

#10 The reason why Mulan touches her hair so much Mulan’s voice actress Ming-Na Wen used to touch her hair when recording the audio, which is why we see Mulan doing it so often in the film. The filmmakers decided to give Mulan the same habit. #12 This is the only scene in “Pinocchio”, in which Figaro’s sandbox can be seen The statue we see in the Hall of Memories is the same one placed in Disneyland, California. In the film, Miguel’s dog is Dante, named after Ernesto de la Cruz’s horse from one of his films.

#16 Colette from “Ratatouille” rides a bike of the brand “Calahan”

In this scene, Colette is riding a “Calahan” bike. This is really a node to Sharon Calahan, the film’s director of photography.