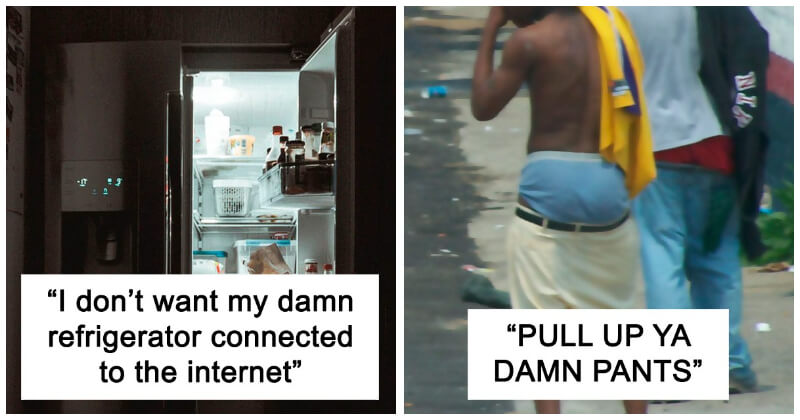 There are certainly some reasons that make boomers the target of criticism. They had early access to all resources, exploited and made the most they could for themselves, and then either kept or sold their properties. The next generations expect to inherit something, at least. But they are let down (more like being hit in the face) by the ridiculously high real estate prices and an overinflated economy. Is that enough of a reason?

Younger generations don’t usually listen to boomers. They think those people are obsolete so they don’t want to interact with them. Still, when asked to give opinions on current social issues, it turns out boomers have quite the same perspective on many things as gen Z. Below, we have collected some of the most upvoted opinions from boomers because they just made sense. Scroll down to check them out! #2 Nobody wants to see that! #5 And exchanging emojis is not a conversation I will follow #7 Especially instagram. I wish that site was never created. ‘Influencers’ are a plague #8 No texting, no facebook, no ignoring your dinner companions #10 Because parents can’t risk ruining their life financially by taking their kids to the hospital? #11 If you do touch typing, you NEED a physical keyboard #12 Also, new power adapters with EVERYTHING, without even asking, so all those lovely polluting circuit boards inside end up in landfill! #14 I see so many parents just giving their young kids a tablet so they don’t have to deal with them. It’s a weird form of avoiding parenting Recruiter Sends This Guy To A Job Interview From Which He Was Just Fired, So He Makes A Hilarious Thread About This

Not A Crypto Investor? Enjoy These 20 Funny Pics About Crypto Crashing

24 Of The Funniest Parenting Tweets Will Have You Saying ‘Same’

30 Funny, Honest Illustrations That Perfectly Show What Life Is Like In A Long-Term Relationship

20 Funny Tweets About The Reasons Why Kids Throw Tantrums

Parents Shared How They Reacted When They First Saw Their Newborn Babies, And It’s Oddly Hilarious

17 Of The Most Ridiculous Food Packaging That People Came Across