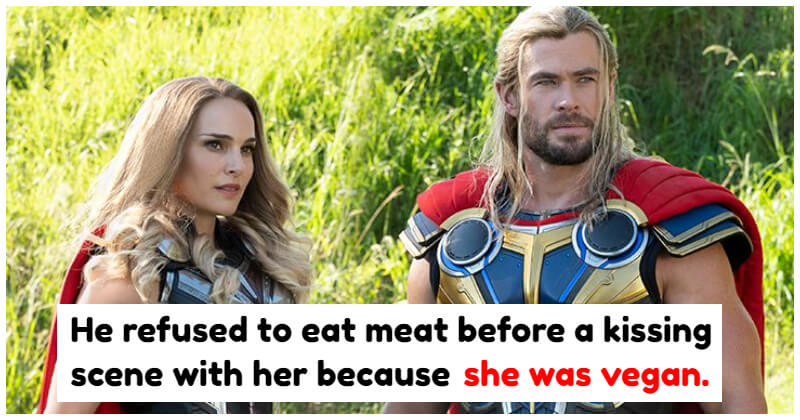 Expressions of kindness are what keep the world spinning. From offering an umbrella during a thunderstorm to giving up your seat on the bus, sometimes just a small action or a little thing can brighten someone’s day. Celebrities are no exception.

The time actors working with their co-stars and film crew making a movie can last years. It’s not a surprise that they form strong and close friendships. During the filmmaking, some sweet stories level up the bonding in their relationship. We rarely hear about them but luckily, some actors or crew let us know a little bit more about the process of working with certain celebrities.

We’ve rounded up 9 times when actors were so compassionate to their co-workers that totally stole our hearts. In an interview, Susan Sarandon revealed that Oscar-winning actor Paul Newman gave a part of his salary to her after he found out that she was paid less than her male costars, Newman and Gene Hackman. After that, the actress called him a “gem”. John Cazale was fighting a terminal disease when starring in a movie. The production company planted to fire him because of the insurance costs. At that time, the filmmaker and his co-star, Robert De Niro protested that. Robin Williams is actually a beloved actor. A booking agent named Brian Lord reveal a sweet story about him. For every movie he starred in, he often requested the filmmakers to hire a certain number of homeless people. People were surprised by his kind request. Many might not know that Ken Jeong almost turned down the role in “The Hangover” because of his wife’s breast cancer. However, his wife and filmmaker encouraged him and even scheduled his wife’s chemo sessions. Once Bradley Copper drove him from Vegas to L. A for 4 hours so that he could see his wife. After the end of “Avengers: EndGame”, Robert Downey Jr. gave Christ Evans a restored 1967 Chevy Camaro RS. The actor even designed the car to have features that referenced Captain America. Kelly Clarkson made an act of kindness when writing her music director a cute thank-you letter as part of a segment called “Ambush Thank You”. In the letter, the talk show host stated, “The consistency of our friendship has made me a better person.” Dolly Parton must be an angel when saving the little girl, Talia, from a terrible accident. Talia was almost hit by a car when returning to the starting positions. Fortunately, Dolly Parton grabbed her and moved her out of the way. Natalie Portman, who starred with Christ Hemsworth in a movie, revealed a cute story about him. She said that he refused to eat meat before a kissing scene with her because she was vegan.

Your On Your Own Kid Lyrics – Taylor Swift’s Midnights Album