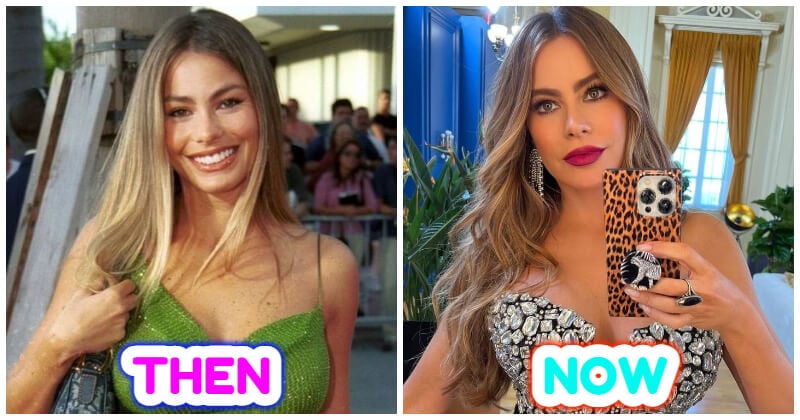 As time flies, you get older. This rule is unbreakable. However, there are still a few exceptions, as there are in any case.

For example, stars like Jennifer Lopez and Rachel Weisz seem to have achieved the impossibility of turning back the aging clock. Whether it’s thanks to superb genes or a complicated skincare routine, their beauty never ages.

Below are the top 20 celebs who appear to age far more slowly than normal folks. Who do you believe has aged the most gracefully? Amanda Michelle Seyfried is an actress from the United States. She started her career as a model when she was 7. Then, at age 15, she entered the acting world as Lucy Montgomery on the CBS soap opera As the World Turns (1999–2001) and Joni Stafford on the ABC soap opera All My Children (2003). Beyoncé Giselle Knowles-Carter is an American actress, singer, songwriter, producer, and musician. As a kid, Beyoncé took part in several singing and dancing competitions. She became well-known in the late 1990s as the main singer of Destiny’s Child, one of the best-selling girl groups of all time. Catherine Zeta-Jones is a well-known Welsh actress. She has won numerous awards, including an Academy Award, a British Academy Film Award, and a Tony Award.  She received the CBE honour for her contributions to humanitarian causes and the film industry in 2010. Christina Applegate is an actress from the US. She rose to fame as a young actress after playing Kelly Bundy on the Fox sitcom Married… with Children (1987–1997). Applegate then developed a successful career, receiving seven nominations for the Primetime Emmy Award, four Golden Globe Awards, and a Tony Award. Constance Elaine Britton is a producer, singer, and actor from the United States. She is well known for her work in television and has won several awards, including a Satellite Award and nominations for two Golden Globe Awards and five Primetime Emmy Awards. Dita Von Teese is the stage name of Heather Renée Sweet, an American vedette, burlesque dancer, model, and entrepreneur. She is known as the “Queen of Burlesque” and is credited with reviving burlesque performance. Fergie Duhamel is a rapper, singer, and composer from the United States. She first achieved mainstream success as a member of the band the Black Eyed Peas. Her debut solo album is The Dutchess (2006), which was commercially successful.  This album includes “London Bridge,” “Glamorous,” and “Big Girls Don’t Cry” –  three Billboard Hot 100 number one. Jennifer Carpenter is an American actress famous for playing Rebecca Harris in the CBS television series Limitless and Debra Morgan in the Showtime drama Dexter, for which she won a Saturn Award in 2009. J.Lo is a dancer, actress, and singer from America. She debuted as a Fly Girl dancer on the sketch comedy television show In Living Color in 1991 and continued to perform there until she decided to pursue acting in 1993. She was the first Hispanic actress to make over $1 million for her debut leading role in Selena (1997). She then became the highest-paid Hispanic actress in Hollywood after appearing in Anaconda (1997) and Out of Sight (1998). Julianne Moore is an American author and actress. She has been working in the film industry since the early 1990s. She has won multiple awards, including an Academy Award, a British Academy Film Award, two Golden Globe Awards, and two Emmy Awards. Kylie Ann Minogue is an Australian actress, singer, and composer. With over 80 million recordings sold globally, she is the best-selling Australian musician of all time. She has gained fame for her self-reinvention in music and fashion as the “Princess of Pop” and a style icon. Her accomplishments include 17 ARIA Music Awards, three Brit Awards, and a Grammy. Actress and model Monica Anna Maria Bellucci hail from Italy. She started her career as a fashion model, appearing in ads for Dolce & Gabbana and Dior. Then she moved on to Italian films and American and French ones. Actress Penélope Cruz Sánchez is from Spain. She is best known for her work in Spanish-language films of all genres. She has won numerous honours, including an Academy Award and a British Academy Film Award, and has been nominated for a Primetime Emmy Award, four Golden Globe Awards, and five Screen Actors Guild Awards. Sofa Margarita Vergara is a Colombian and American actress and model. From 2013 to 2020, she was the world’s highest-paid actress on American television. Viola Davis is the only African-American to have won the Triple Crown of Acting, which includes the Academy Award, Primetime Emmy Award, and two Tony Awards. In 2012 and 2017, Time magazine listed her among the top 100 most influential persons in the world. She was named ninth on The New York Times’ list of the top actors of the 21st century in 2020. Winona Ryder earned fame in the 1990s for her roles in shows of various genres after beginning her career by portraying eccentric characters. She has won numerous honours, including a Golden Globe Award, a Screen Actors Guild Award, and nominations for a Grammy Award, two Academy Awards, and a BAFTA Award.

11 Celebrities With Terrible Histories and Backgrounds

How Celebs Might Appear Should They Grow Older Naturally