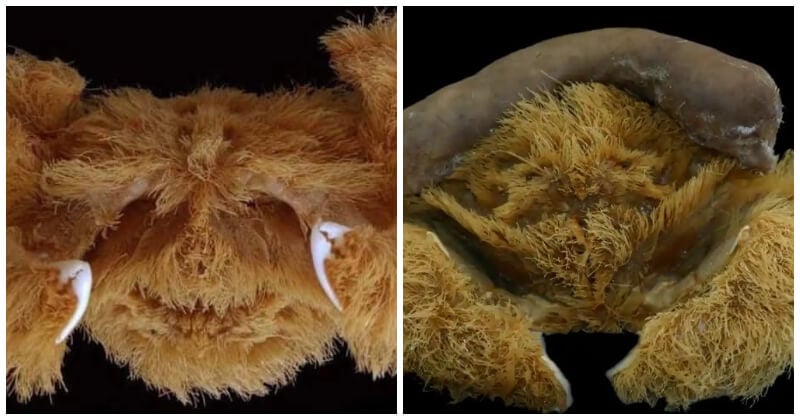 A new species of crab that wears a sponge has been discovered off the coast of Western Australia.

The “fluffy” crab uses a sea sponge like a hat to protect itself. The crab has been named Lamarckdromia beagle, which derives from the HMS Beagle, a ship that Charles Darwin traveled around the world between 1831 and 1836. The Lamarckdromia beagle was described in an article that appeared in the April issue of the academic journal Zootaxa along with details of 31 species of sponge crab known to be found in Western Australian waters. The Western Australian Museum’s Dr. Andrew Hosie and Colin McLay, a marine biologist affiliated with Canterbury University in New Zealand, are the authors of the study.

These crabs use their claws to shape sea sponges into hats that they can wear to defend themselves from fish and octopi. As one of three sponge crabs in the Lamarckdromia genus, Hosie and Colin McLay classified the crab as a new species.

Dr. Andrew Hosie, a curator of crustacea and worms at the Western Australian Museum, said the crabs have hind legs specially adapted for holding their protective hats. “Also because it’s tanned, it’s kind of like a beagle coloration,” Hosie said. The sponges, which also act as a chemical deterrent, can grow to be bigger than the crab itself. According to Hosie, some of the substances that these sponges produce are quite poisonous. “There’s not a lot of active predators that would be interested in munching through a sponge just to get a crab”.

The sponges are also used by the crabs as camouflage and occasionally be larger than the actual crab. In addition, the sponge aids Dromiidae crabs in concealing themselves from predators like octopuses and other crabs, much as how hermit crabs use their shells for safety. They also found other Lamarckdromia beagle specimens that had been unknown or incorrectly named before by comparing the new crab to others in the museum’s collection. The earliest L beagle specimen they discovered is from December 1925.

Hosie stated, “Discovering new species in Western Australia is not an unusual thing. The amount of things we don’t know we’ve got in Australian waters is still very high.”

It is still unclear why the crab’s body is hairy since these features are not clearly advantageous to the creature.