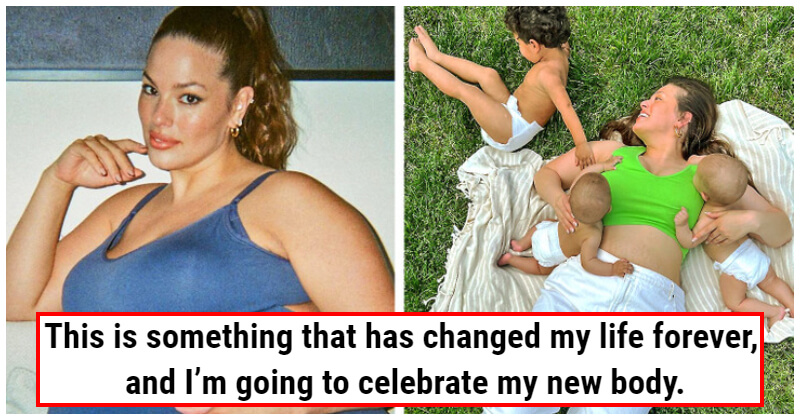 Who said being a mother was easy? It is considered one of the toughest jobs that many women will have to take on. Raising a child while shouldering other duties and responsibilities, is a lot to handle. Celebrities are no exception.

They have devoted their time and efforts to taking care of children, from preparing the meals to lulling their kids to sleep with their smooth voices. Imagine the stress and pressure they go through every single day to fulfill these tasks. Whether they are a new mom or an experienced one, there are some days when things don’t go as planned.

We collected a list of celebrities who make the biggest sacrifices for their children and prove how deeply a mother’s love runs. Ashley Graham, the mother of three lovely kids, has faced many challenges throughout her motherhood. After having her first son, her body changed dramatically. She shared: “This is not just a battle wound. This is something that has changed my life forever, and I’m going to celebrate my new body”. Halsey opened up about how much her body changed after giving birth to her son. Before that, she suffered from endometriosis which caused a painful process during pregnancy. Kate Winslet said that she faced difficulties in between working and looking after her kids, but she has felt so happy when being a mother. Unlike other women, Blake Lively thought a woman’s body after giving birth was so amazing. She received many comments about her post-baby body but she still felt settled incredibly. Amy Adams was given that she wasn’t going to be perfect at everything and she didn’t lose weight after the birth of her daughter. Drew Barrymore expressed how nervous she felt after the birth of her first child. She thought it’d be fantastic but just terrified. She couldn’t eat or sleep but felt alone all the time. She believed that all mothers were superheroes no matter what. Kristen Bell opened up about her motherhood. She wondered if she wanted children but after that, she realized children were priceless gifts. She admitted that being in labor for 33 hours did harm her body, but her kids were worth it. Jennifer Garner confessed that she tried to not compare her body to others. For her, some women give birth and go back to their original shape, it’s so incredible. Although she’s not one of them, it doesn’t her.

Meet The Realistic Version Of Your Favorite Cartoon Characters Via 40 A.I. Artworks