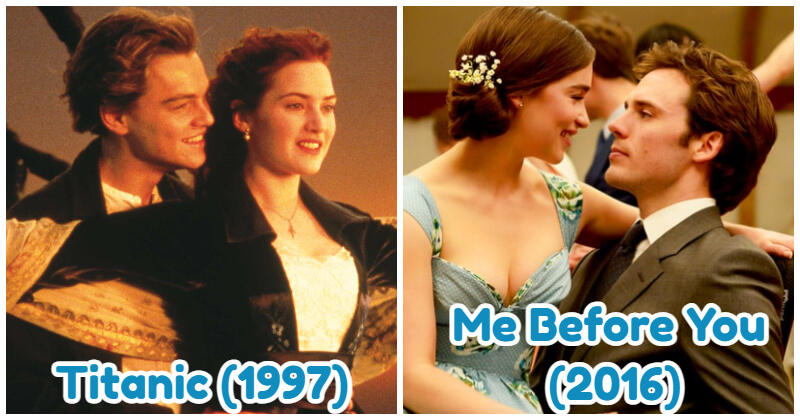 We often go through multiple emotions in our daily lives, such as happiness, sadness, disgust, fear, surprise, and anger. Because movies reflect the real world, we can also experience these emotions when watching cinema products. And filmmakers can make people laugh by timing humorous jokes on screen or thrill the audience by combining horror visual and sound effects. Still, making one cry is way more tricky than people must feel the connection with the movie or scene.

Even when the movies successfully bring the most emotional scenes to the audiences, not everyone can fully sympathize with the characters because it relates to personal experience. We have to undergo pains, losses, or sacrifices in the real-life world to understand the feelings transferred through those movies. And movies regarded as the most emotional movies always grasp our hearts and permanently stay in our minds.

Below are the 15 most tough movies of all time that are certainly worth watching. Scroll down and check them out!

The 1997 Titanic is an epic romance and disaster movie written and directed by the legendary James Cameron. Leonardo DiCaprio and Kate Winslet starred in this movie, whose story focuses on the life of Rose and Jack, two people from two different classes of society, meeting each other on a ship called Titanic. The two fall in love with each other on a fateful journey. Their love story is tragic when the “unsinkable” ship hits an iceberg and begins sinking. With “women and children first” announcements going all around, their love story quickly becomes a story of survival and human suffering.

The film has won 11 Oscar awards and created history at the box office. It has a cult following to this day and remains a masterpiece. The Truman Show is a psychological drama directed by Peter Weir with the leading cast of Jim Carrey, Ed Harris, and Laura Linney. It’s inspired by an insurance salesman who begins noticing something unusual about his life and the people surrounding him.

The film earned three nominations at the Academy Awards. Silver Lining Playbook is known as a novel based on a romantic psychological drama directed and written by David O. Russel with the principal cast of Bradley Cooper and Jennifer Lawrence.

The movie tells a story of a mentally ill young man (Cooper) who is sent to a mental health center after ferociously attacking his wife’s lover. He looks forward to winning back his wife’s love after his release but falls for a widow, Tiffany (played by Jennifer), who is also in a state of emotional turmoil.

Jenifer Lawrence also earned an Oscar Award for her portrayal in this film. The movie is a romantic comedy directed by Robert Luketic with the star cast of Gerard Butler and Kathrine Heigl.

The movie is about a TV producer, Abby (Kathrine), who is forced by circumstances to work with someone opposite her, Mike (Gerard). Although the pair don’t share any common, they soon develop chemistry that changes both of them forever.

Despite mixed reviews from critics, the movie grossed over $205.2 million, beating Geo. I. Joe: The Rise of Cobra in theaters. Five Feet Apart is an excellent movie about unconditional love and affection. Justin Baldoni directed the romantic drama film that tells the story of Claire Wineland, an American activist, author, and social media influencer, who suffered from cystic fibrosis.

It is a heart-touching story of two patients who suffer from the same disease and send sympathy in the hospital. Their unbound chemistry gradually leads them to fall in love with each other. Eternal Sunshine of the Spotless Mind found its success with director Charley Kaufman and a star cast of Jim Carrey and Kate Winslet.

They tell a story of apparently unattached souls whose journey starts on a train. Both of them have a deep connection that, sadly, they no longer remember.

The film achieved multiple awards and especially an Academy Award for Best Screenplay. The 2008 Seven Pounds is an American tragic drama directed by Gabriele Muccino and written by Grant Neiporte with leading actors like Will Smith, Woody Harrelson, and Rosario Dawson.

It follows the story revolves around an IRS agent who feels guilty for mistakenly killing seven people, including his fiancée. To emote his guilt, he made his efforts to help seven strangers.

The quest for redemption through a guilt-conscious thought process has made this film an emotional masterpiece for a long time. Maybe they starred Ryan Renolds, Isla Fisher, Abigail Breslin, and Elizabeth Banks, written and directed by Adam Brooks.
The story is about a divorced father explaining to his daughter his past relationships and the causes of his solitude. After all, he learns his life-changing lesson from his daughter and the true meaning of love.
A rom-com with plenty of comedy yet widens the emotions of the scenes. Remember Me, directed by Allen Coulter, is a coincidental American romantic drama. The movie tells a story of a traumatic boy who meets a strange girl and finds instant peace in his life just up to the point when he discovers a hidden secret about her.

Regardless of the mixed reviews based on the turning point scene, the movie is regarded as one of the best portrayals of teenagers and the tragedies they mourn. Collateral Beauty, famous as an American emotional drama, was directed by David Frankel with the outstanding cast of Will Smith and Kate Winslet.

The story rotates a story of a business executive, Howard Inlet (portrayed by Will Smith), who is depressed after the tragic death of his young daughter. As business mates, they want him out of the company due to his depressed mental state and hire three professional actors to manipulate him into being declared mentally unfit. The upcoming is an exciting journey where the three actors themselves get emotionally connected with Howard. Me Before You, which is a romantic yet provocative drama, is a novel adaptation of the same name famous novel written by Jojo Moyes.

The movie received different reviews because of its vexed depiction of the disability rights movement. It still grossed $208 million at the box office, proving it deserves to win the People Choice Award in the Favorite Dramatic Movie category. One Day is an adaptation of a romantic drama novel by David Nicolls, directed by Lone Scherfig, with the star cast of Anne Hathaway and Jim Sturgess.

Chris and Emma (the protagonists) choose to meet each other on the 15th of July of each year to catch up. Both enjoy each other’s company, yet they don’t have any plan to live together. Each of their meetings is engaging and beautifully emotional in the entire movie. Marriage Story, written and directed by Noah Baumbach, tells a story of a stage actress and director whose silent discomfort leads to the breakdown of their lifelong vows. The movie earned critical acclaim but limited box office success because of its relatively quicker release on Netflix.

In addition, the movie also starred Scarlet Johansson and Adam Driver, who performed their best in every emotional scene. The 2004 Notebook was directed by Nick Cassavetes, based on the first released novel of the well-known writer Nicolas Sparkers. In the movie, Ryan Gosling and Rachael MacAdams starred as a young couple from the 1940s. The film’s story is periodically read from a notebook to the present-day in the movie and brings us a great love story.

It’s been eighteen years since its premiere that the film has become a cult classic and easily counts among the best romantic dramas of Hollywood. The 2010 Eat Pray Love is an American biographical romantic drama written by Elizabeth Gilbert and directed by Ryan Murphy. The movie portrays an international epic journey of self-discovery by Elizabeth (performed by Julia Roberts) across Italy, India, and Indonesia.

The film grossed over $204.6 million at the box office with a small budget of $60 million.