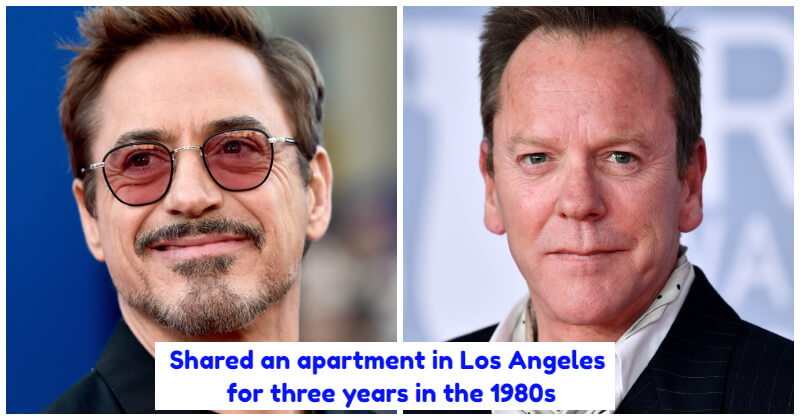 Isn’t it fascinating to have celebrity roommates? When we think of well-known actors or musicians, we typically imagine them as being wealthy, accomplished, and not having to share a rental property. But just like us, the majority of famous people had a humble beginning. When they were young, in college, or just starting to work, they shared small flats or dorm rooms.

In fact, several renowned people have shared apartments with other famous people. Some chose to live together while they were struggling actors, while others were paired up when they entered college. Even after appearing on popular television shows and rising to fame, some well-known stars still choose to share a house together. We have made a list of celebs who once shared rental property. Don’t skip this post. We think these roommate pairs can amaze you.

Read on for several celebrities who used to share their space. We bet you’d never guess some of these celebrities were roommates. Longtime pals Dominic Cooper and James Corden shared a London apartment. The two have talked about their time spent together in a flat in the British capital on Corden’s show. Early in the 1980s, the two Oscar winners moved in together as roommates in New York after breaking up with their boyfriends. They stayed there for a few years. Dianna Agron and Lea Michele were friends in real life despite portraying competitors on “Glee.” During the filming, they moved in together. Jamie Dornan and Andrew Garfield are part of a friendship group of British actors. They had been friends for 17 years and were roommates in the past. Justin Long and Jonah Hill are close friends. Justin said,” But it got to be like an old married couple,”. He added: “We started getting in little fights like that he left the bathroom door open, didn’t clean up after himself. Little things like that.” During their four years at Harvard, Tommy Lee Jones and Al Gore shared a room. Gore referred to Tommy as “a great guy and a wonderful, lifelong friend” when they first met, and the two got along well. Michael Douglas and Danny DeVito have been close friends for many years and have appeared in three movies together. In the 1960s, they initially came into contact when they shared a New York apartment. When Milo Ventimiglia was 28 and Penn Badgley was 18, they lived together in the same apartment. And the actor used the age difference to his advantage. He said that in the past, he had used Milo’s ID to enter bars. The friendship between Matt Damon and Ben Affleck is legendary in Hollywood. They once shared a home in Venice Beach, California.

According to Affleck, 800 people stayed with them when they hired a home in Venice. They then ran out of money and had to rent an apartment. In 2008, Poppy Delevingne and Sienna Miller moved from London to New York City for work. Then, they shared an apartment and lived together for a few years. Chace Crawford and Ed Westwick shared a room after filming the “Gossip Girl” series. The flat was in New York, where the television show was being filmed. Robert Downey Jr. and Kiefer Sutherland moved in together and shared an apartment in Los Angeles for three years in the 1980s after becoming met on the set of the film 1969.

In interviews, Downey Jr. has talked about how Sutherland helped him cope with his breakup with Sarah Jessica Parker. In 2001, writer and director Judd Apatow persuaded Jason Segel and Kevin Hart to share a home for six months while they worked on a TV pilot. Adam Sandler and Judd Apatow shared an apartment in Los Angeles before they both achieved success. Sandler left their apartment after moving to New York and joining the cast of “Saturday Night Live.” Eddie Redmayne and Jamie Dornan have been best friends for a very long time. The two have admitted that they frequently received the same scripts for roles while living together in the same Los Angeles flat. Connie Britton and Lauren Graham lived in an empty house in the late 1990s. Britton said that they had no furniture and all they ate were Rice Krispies Treats. Ryan Gosling moved in with Justin Timberlake’s family when the tweens were working on Disney’s The Mickey Mouse Club.

“Ryan’s mother had to keep her job in Canada the second year that we were on the television show and my mom was his guardian for like six months,” Timberlake told Ellen DeGeneres. “So we actually lived together when we were that age.” In the late 1980s, Jason Priestley and Brad Pitt shared a room. According to Priestley, the two used to compete to see who could go the longest without taking a shower or shaving, and Pitt once gifted Priestley a monogrammed Bible for Christmas. Wes Anderson and Owen Wilson met in a scriptwriting class at the University of Texas at Austin. Despite their lack of communication in class, Anderson and Wilson eventually grew close and shared a room. Wes even wrote a term paper for Owen so that they could become friends. Lindsay Lohan and Raven-Symone once lived together when they were both working at Disney. The two actresses didn’t really spend much time together, though. Lindsay Lohan, according to Raven-Symone, paid her rent but was rarely at home.