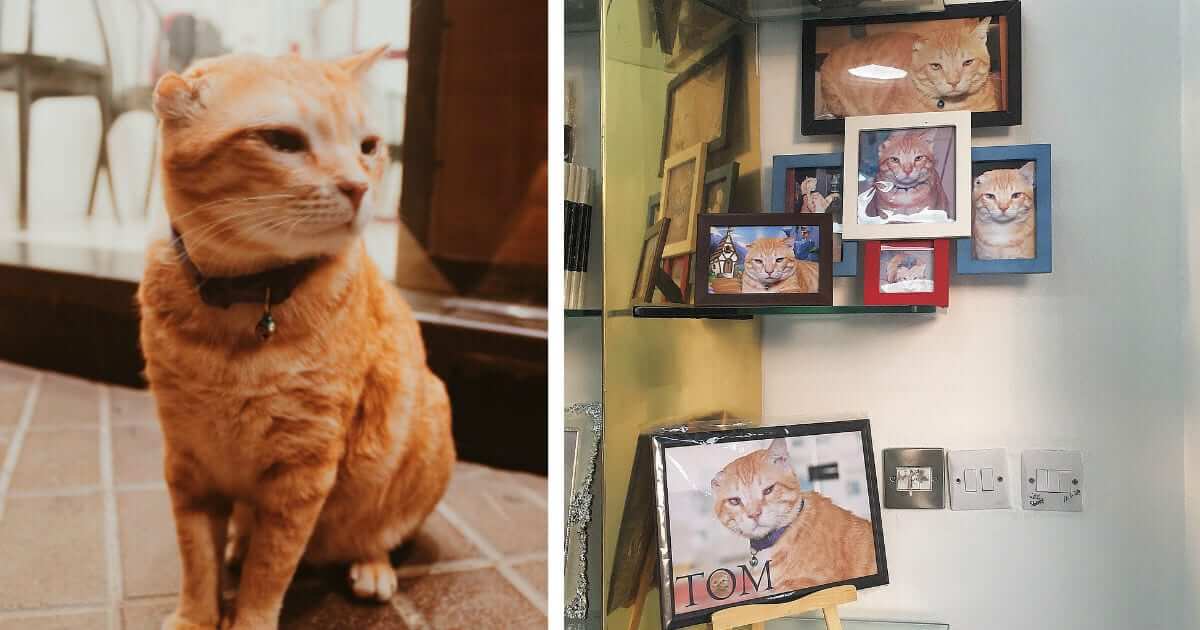 Meet Tom, a ginger stray cat who somehow found her way into a print shop and decided to work there. Tom was adopted by employees at Photo Fast Studio in Dubai in 2015 as he was lonely stray, lingering around outside their door. They began feeding him because the poor cat was hungry. The cat saw that the workers were friendly, so he decided to follow them and enjoy new life at this home. At the studio, he gets a new job with job duties are to eat, sleep and play with the customers. Tom is good at his tasks, especially the last task. But aside from these ‘easy’ tasks, Tom also works in the studio as a model. They made the right decision of choosing Tom to be their model. With his charms, Tom became the lucky charm of the shop in attracting customers. Word quickly spread throughout the local community and people began coming to the shop just to see Tom, including Twitter user Pahtch. Pahtch posted photos of Tom on her Twitter page. The tweet quickly went viral and liked and shared more than 80,000 times. Thanks to Pahtch’s tweet, Twitter users who lived in Dubai went to visit Tom. Tom is an adorable cat who now does not only have a forever home but a work to feed himself with! Hopefully, each street cats will be as blessed and fortunate as Tom. 20 Tough Men Who Didn’t Want Pets In Their Lives, But Can’t Live Without Them Now