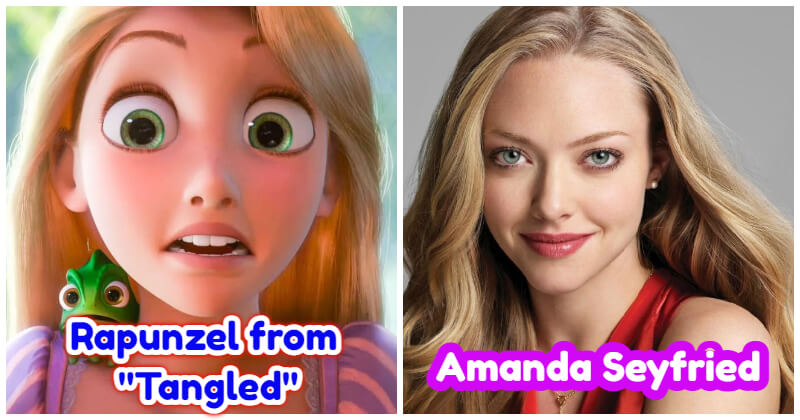 Recently, Disney has earned global success with live-action movies based on their classic animations. As fans of the house of Mouse, we are all eager to know about the casting of the new films. Since everyone wants the real-life version of their favorite princess to be perfect, we’re excited to recommend 14 celebrities who should assume a Disney princess role! These stars not only look like their animated counterparts but also represent the personalities and characteristics of these fictional characters greatly.

And, famous names such as Emma Stone, Amanda Seyfried, and Bella Thorne are on the list. They are all gorgeous performers who embrace the vibe of your beloved beauties!

Hence, let’s scroll down to check our post out! I am sure you will be satisfied with our list!

Lucy Hale has a round face, beautiful black hair, and red lips. And everything just fits what we think about Snow White! It’s easy to see the resemblance between Keke Palmer and Tiana, right? Their similarity in appearance is undeniable! We are sure that Gabriella Wilde can represent the grace of Aurora. Don’t you see their vibe just the same? Freida Pinto will be one of the strongest candidates for the role of Jasmine. She is stunning, just like the princess of Agrabah. Can you see the beautiful hair of Amanda Seyfried? We’ll vote for Seyfried because her blonde hair is exactly what we imagine about Rapunzel’s one! We are sure that the actress will be the perfect Ariel. See the innocent and sweet in Bella Thorne’s vibe! Devery Jacobs will portray independence and maturity in Pocahontas well. We believe in you, Jacobs! There is not much to say! Just looking into the photo and you’ll see Aubrey Plaza is actually Meg in real life! The similarity in their appearance is visible! In addition, they have the same sexy vibe in their eyes! Oval faces, green eyes, and beautiful smiles are what we see in both Jane and Felicity Jones. Disney should think about the actress when it comes to casting for the live-action of Tarzan, really! See that facial expression! Stone is real-life Anna, for sure! Wilde, are you a fan of Elsa? Just look at the sameness between their eyes, lips, and eyebrows! Rose Leslie looks good in orange, and she has a headstrong vibe making her a perfect portrayal of Merida. Another good match! This resemblance is indisputable, right?