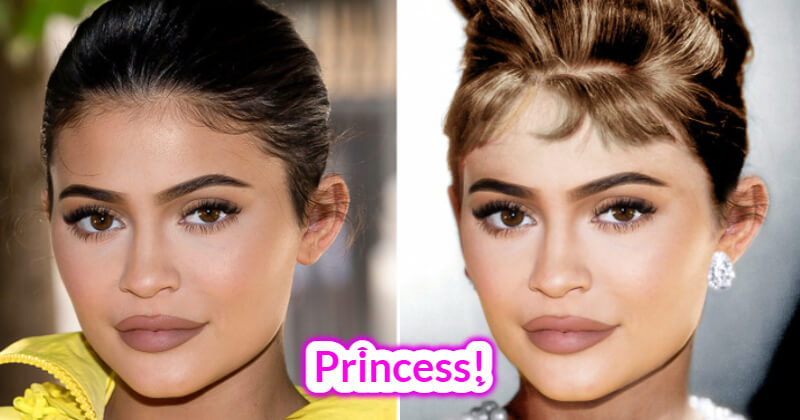 Just like fashion and hair, makeup has also changed over time. From the 20th century to now, beauty trends have undergone major changes from dramatic and bold to minimal and understated. It’s the difference between thinly arched brows and thick fluffy brows, natural hair color and light dye, a classic black cat-eye versus colorful contact lenses you wear might be wearing right now. While there has been a visible change, it’s remarkable that certain trends borrowed from past eras.

In the past 2 years, 20th-century makeup style or vintage makeup has made a resurgence in the beauty community. It is a minimalist makeup style that makes the makeup look as natural as possible. It not only highlights your natural attractiveness but also gives you a nostalgic yet youthful feminine image.

All in all, the vintage beauty trends were never out of date, so we changed the young stars’ style to the 20th-century beauty trends and the results were amazing! Whether it’s only a change in haircuts or brows, these stars have an entirely new appearance. From Selena Gomez to hot socialite Kylie Jenner, here are 14 young celebs would look like if they followed vintage beauty trends. Kylie is a young media personality, socialite, model, and businesswoman. She starred in “Keeping Up with the Kardashians” from 2007 to 2021. She is currently the most-followed woman on Instagram. Taylor is one of the most famous singer-songwriters in the world now. Her discography which is often inspired by her personal life has received critical praise and high ranks. Some of her notable songs: “Lover” (2019), “Look What You Made Me Do” ( 2017),… Harry is a talented singer, songwriter, and actor. He is a member of the boy band One Direction, which went on to become one of the best-selling boy bands of all time. After One Direction’s temporary disbandment in 2016, Mr. Styles announced his first solo single titled “Sign of the Times” in 2017. Known for her roles in both blockbusters and independent films, Robbie has received several accolades, including nominations for two Academy Awards, three Golden Globe Awards, and five British Academy Film Awards. Some of her best movies: “The Legend of Tarzan” (2016) “Suicide Squad” (2016), “Birds of Prey” (2020) and “The Suicide Squad” (2021) Millie Bobby Brown gained recognition for playing Eleven in the Netflix science fiction series “Stranger Things” (2016–present), for which she won two Primetime Emmy Award nominations for Outstanding Supporting Actress in a Drama Series, and two Screen Actors Guild Award nominations for Outstanding Performance by a Female Actor in a Drama Series. She is one of the youngest nominees for the award. Gomez was famous for her roles in children’s television series like “Barney & Friends” (2002–2004) and “Wizards of Waverly Place” (2007–2012). Alongside her television career, Gomez released a number of singles that have charted inside the top ten of the US Billboard Hot 100, including “Come & Get It”, “The Heart Wants What It Wants”, “Good for You”, “Same Old Love”, “Hands to Myself”, “We Don’t Talk Anymore”, “It Ain’t Me”, and her first number-one song “Lose You to Love Me”. After being famous as a singer on YouTube and in Australian talent competitions, Sivan released many plays. His singles like “Happy Little Pill”, “Youth”, “My My My!” have ranked highly on Australian music chart. And “Take Yourself Home” was the first single from his EP “In a Dream” (2020) Delevingne is a young model, actress, and singer. She won Model of the Year at the British Fashion Awards in 2012 and 2014. Her most notable roles include Margo Roth Spiegelman in “Paper Towns” (2015), the Enchantress in “Suicide Squad” (2016), and Laureline in “Luc Besson’s Valerian and the City of a Thousand Planets” (2017). Lili Reinhart is known for her roles as Betty Cooper on The CW teen drama series “Riverdale” and in “Hustlers”. In 2020, she played Grace Town in “Chemical Hearts”, a film adaptation of the novel Our Chemical Hearts by Krystal Sutherland. After posting song covers to the video-sharing website Vine in 2013, he became famous. In 2014, Mendes released his EP “The Shawn Mendes EP” and his studio album “Handwritten”, his single “Stitches” reached the top 10 in the US and Canada and reached number one in the UK. In 2016, he released his second album, “Illuminate” and “Treat You Better”. Both were featured on the US Billboard 200.