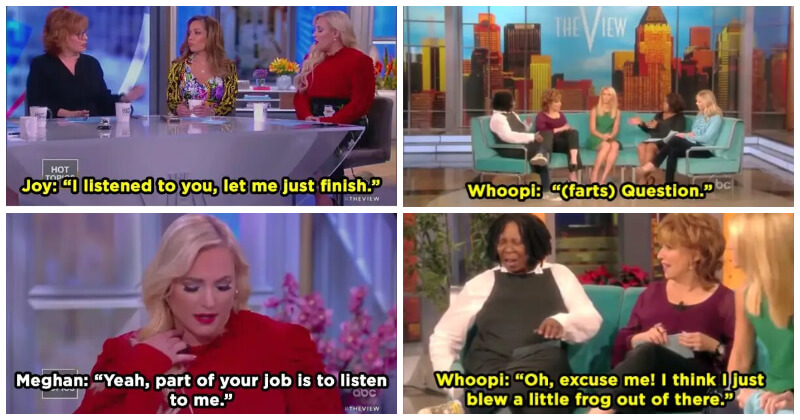 Everyone has an embarrassing moment that they would much rather forget ever happened. While some embarrassing moments might make you want to run and hide immediately, there’s just no escaping them — if you’re famous! That’s because celebrities are more often caught on camera. Fortunately, for most of us, embarrassing moments are caught by friends and families and usually fade away later. The same cannot be said for celebrities. In fact, no matter how hard some superstars try to change it, that one humiliating incident completely shaped them. It was the moment when the whole world fell in love with Jennifer Lawrence and her awkward fall at last year’s Oscars, the moment when Kristen Stewart accidentally dropped the F-bomb during her 2017 SNL monologue, and more.

Today, we’ve rounded up 25 of the most awkward, embarrassing, and uncomfortable situations of celebs that were caught on camera. Scroll down to check them out

#1 The embarrassing moment occurred when a reporter at the 2015 SAG red carpet told Rashida Jones that she looked tanned and thought Rashida was joking when she said she was not white. #2 That’s when Matt Lauer asked Anne Hathaway if there were any “lessons learned” after the paparazzi published an upskirt photo of her. #3 Taylor Swift was informed she would be heading home with several men that night by a red carpet interviewer at the Grammys. #4 When Aidy Bryant’s dresser got the wrong cue and accidentally walked on during the live sketch, Aidy just couldn’t stop laughing.

#5 During her 2017 monologue, Kristen Stewart unintentionally uttered the F-bomb, and she quickly attempted to make light of the situation by joking that she wouldn’t return to the show.

#6 When Cara Delevingne appeared on Good Morning Sacramento, people made fun of her for not being enthusiastic. #7 Another embarrassing moment when a bunch of fake blood squirted into Leslie Jones’ mouth during the “Gift Wrap” sketch, and she literally threw up. #8 This was the moment when the whole world fell in love with Jennifer Lawrence and her awkward fall at last year’s Oscars. #9 Doja Cat hurried to the stage after missing the announcement of her Grammy award because she was in the restroom and then tossed her vaporizer on the floor before speaking.

#10 When Madonna fell while performing at the 2015 Brit Awards.

#11 Singer Nicki Minaj was extremely embarrassed, trying to hold on to a tight black dress that suddenly fell off while performing with Jessie J, and Ariana Grande on stage at the 2014 MTV Video Music Awards (MTV VMAs). #12 The most surprising event at the Oscars 2022 is still being discussed bustling across social networks. Because of the insulting words for Jada Pinkett Smith, Chris Rock received a full blow from Will Smith right on the biggest stage. #13 In a TV interview, Dakota appeared put out when her mum, Melanie Griffith, said she didn’t think she would ever watch her daughter’s starring role in the bondage movie as it would be “strange”.

#14 When Jim Carrey referred to New York Fashion Week in 2017 as the most pointless event he had ever attended while standing on the red carpet. #16 This was a bummer for Miguel (and the fan he landed on) because it was such a good performance pre-clothesline. When he jumped from one area of the stage to another while performing “Adorn” at the Billboard Music Awards, Miguel lost his cool.

#18 When a red carpet interviewer from One Direction questioned which band member has the most sex with women.

#19 When Meghan McCain told Joy Behar that part of her job ‘is to listen to me,’ sparking uproar on Twitter

19 Unusual Tattoos To Help You Express Your Personality, And They Are A Feast For The Eyes

How Have Our Favorite A-list Actors Changed From Their First To Latest Movie Roles?

22 Funny Advertising Fails That People’ve Spotted In The Wild

“Faith In Humanity Restored”: 22 Examples Of Wholesome And Funny Bosses Everybody Loves To See

Are You Smart? These 14 Confusing Photos Will Definitely Make You Doubt Your Brain