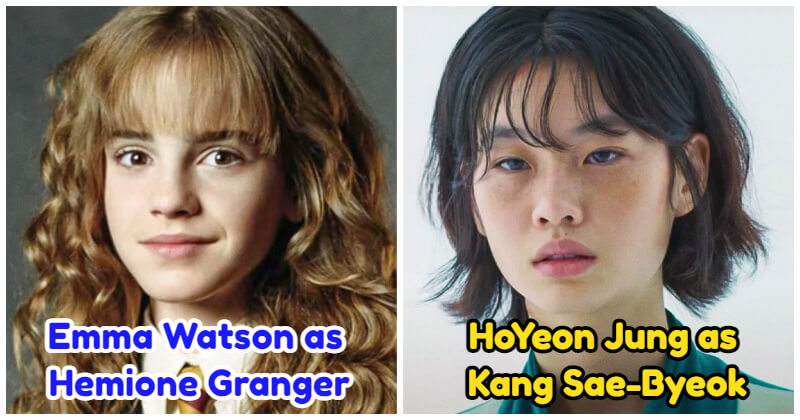 “Overnight success” stories always seem the most compelling in the entertainment industry. Some actors take years honing their acting skills to get an iconic role, while others became stars overnight. They are talented and sometimes lucky enough to hit it big with their first roles and even scored an Oscar nomination, or, in another case, an Oscar win. Many of them have never gone on to top their debut role.

For example, Lupita Nyong’o won an Oscar for her first role out of drama school in “12 Years A Slave”, or Leonardo DiCaprio, playing Josh in “Critters 3” had a memorable scene as he watched the critters kill his stepdad. The images of their characters stuck in viewers’ minds at the first sight.

We’ve rounded up 14 actors who stole global attention for their movie debuts that made many admire. HoYeon Jung started her career as a freelance model in 2010 and then signed with some model enterprises. In 2021, she made her television debut, starring in the Netflix series “Squid Game” as Kang Sae-Byeok. That role brought her worldwide attention and critical acclaim. Emma Watson is one of the most well-rounded and impressive stars in Hollywood. She got her start as Hemione Granger in the epic eight-part “Harry Potter” series, which turned her into a huge star. Sophie Turner made her acting debut as Sansa Stark on the HBO fantasy television series “Game of Thrones”, for which she received a Primetime Emmy Award nomination for Outstanding Supporting Actress in 2019. Hailee Steinfeld got her film debut in “True Grit” in which she portrayed a bad-ass character named Mattie Ross, seeking revenge for the murder of her father. Despite being 13 years old at the time, she received praise and was nominated for an Academy Award. Before playing Severus Snape in “Harry Potter”, Alan Rickman shined in the first cinema role of Hans Gruber in “Die Hard”. For his perfect performance, the actor received worldwide recognition. At the age of 21, Cameron Diaz made her film debut opposite Jim Carrey in the comedy “The Mark”. Her first character propelled her from a relative unknown into a global superstar. Rachel Zegler started her acting career by playing Maria Vasquez in “West Side Story”. For her performance, she won the Golden Globe Award for Best Actress and became the first actress of Colombian descent to win that award. Maisie Williams’ first role is Arya Stark in the television series “Game of Thrones”. She earned many accolades and critical acclaim for her performance in the show.

Mark Hamill auditioned for the role of Luke Skywalker in “Star Wars” and ended up getting this role. It turned him into a pop culture icon. Barbra Streisand first starred in the critically acclaimed Funny Girl (1968), for which she won the Academy Award for Best Actress. Viewers and critics said “wow” because her performance was perfect. Although Edward Norton has played many important roles and put his heart into characters, many argue that his best role was his first. He played Aaron/ Roy, a mentally unstable altar boy accused of murdering a local Archbishop. Anna Paquin has been in Hollywood for nearly her entire life and has had many different roles. However, her best role may be her first. At age 9, she got the role of Flora McGrath in “The Piano” and it earned her an Oscar for Best Supporting Actress. For her first movie role, Jennifer Hudson beat out thousands of other hopefuls to portray Effie White in “Dreamgirls”. The character helped her win an Oscar for Best Supporting Actress. After her graduation, Lupita Nyong’o had her first feature film role as Patsey in “12 Years a Slave”, for which she received critical acclaim. She also became the first Afro-Latina to win the Academy Award for Best Supporting Actress.