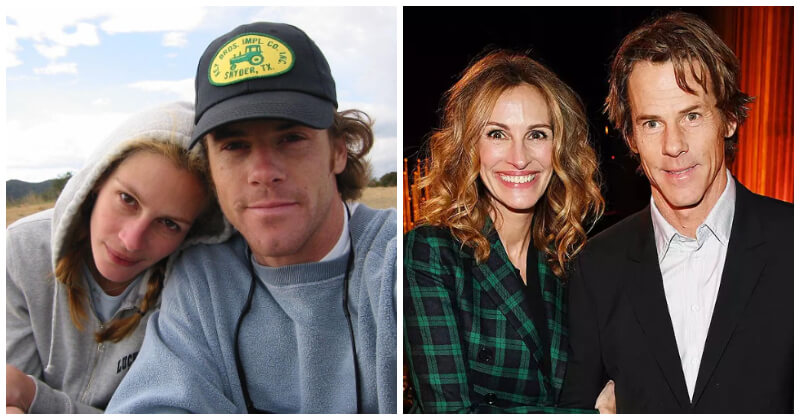 What could be better than marrying the first man or woman you fall in love with? However, the path to true love is often not so simple in real life. Because marriage needs not only love but also constant communication, commitment, and a lot of effort. Many couples cannot continue their relationship and end in divorce.

In fact, many well-known people have been married twice, three times, or even four times! In such a case, it’s really wonderful for those who can find their true life partner after the second marriage. And to be honest, when it comes to some of these celebrity couples, it’s quite hard to imagine them with anyone else other than their now spouses.

So for those who have gone through a divorce, don’t lose hope. Because even though life may lead you in directions you didn’t intend, love will always find you away. Julia Roberts has been romantically linked to some of Hollywood’s most famous actors such as Kiefer Sutherland, Jason Patric, Matthew Perry, Liam Neeson, and Dylan McDermott. She married the country singer Lyle Lovett in 1993, but they subsequently divorced two years later. Roberts met her now-husband, cameraman Danny Moder, on the set of her 2000 film “The Mexican”. The couple got married in 2002. They are still together and have three kids.

#2 Will Smith and Jada Pinkett Smith Jada Pinkett and Will Smith became attracted to one another during her audition for a role on his hit sitcom “The Fresh Prince of Bel Air”. However, Smith ended up being married to Sheree Zampino in 1992 and they split in 1995. Shortly after the divorce, Smith called Pinkett. “I literally walked right out [from signing the divorce papers and] I called Jada,” Smith told People magazine. “I said ‘Hey Jada, what’s up? It’s Will.’ She said ‘Hey, how you doing?’ I said, ‘Good, are you seeing anybody?’ She said, ‘Uh, no,’ and I said ‘Cool, you’re seeing me now.’” The couple married in 1997, and have two children. Few Hollywood romances were as public as Nicole Kidman and Tom Cruise’s marriage. They fell in love quickly on the set of the 1990 movie “Days of Thunder” and were married in 1990. They went on to work together in two more films before divorcing in 2001. After that, Kidman started dating fellow Australian Keith Urban and ended up having a happy wedding in 2005. Kidman and Urban are still together, and they have two kids. After 23 years of marriage, Michael Douglas divorced his wife Diandra in 1995. (He later admitted in an interview he regrets not ending the marriage sooner). He began dating the 25-year-younger actress Catherine Zeta-Jones in 1999, and the two got married in 2000. Despite some rocky patches, they still have two kids and remain married. Director Steven Spielberg began a romance with actress Kate Capshaw while he was married to actress Amy Irving. In 1985, Spielberg and Irving divorced and Irving received a $100 million settlement. And their divorce has been referred to as one of Hollywood’s most costly splits. Capshaw converted to Judaism and married Spielberg in 1991. They have seven children together—one from each of their prior unions, three from their union as a couple, and two via adoption. Although New Jersey rock icon Bruce Springsteen had known Patti Scialfa since she was a teenager, they didn’t start dating until much later. Springsteen wed actress/model Julianne Phillips in 1985 but he split 3 years later. Then, he started dating Scialfa. They got married in 1991, had their first kid in 1990, and have been together ever since. In 1987, Lisa Bonet, then 20 years old eloped with promising rock star Lenny Kravitz. Before divorcing in 1993, they had a daughter together, the actress Zoe Kravitz. After that, Bonet has been dating actor Jason Momoa since 2005. Despite his frequent referring to her as his wife, the couple, who have two kids together, didn’t get married until 2017. When Tom Hanks fell in love with his co-star Rita Wilson on the set of their 1985 comedy “Volunteers”, he was still married to Samantha Lewes, his college sweetheart. In an interview, Hanks said “Rita and I just looked at each other and — kaboing — that was that,” and “I asked Rita if it was the real thing for her, and it just couldn’t be denied.” Married in 1998, they have recently commemorated their 31st wedding anniversary. Country singer Faith Hill was married to music industry entrepreneur Daniel Hill from 1988 to 1994. When she met Tim McGraw in 1996 while they were on their Spontaneous Combustion tour, Hill was also engaged to producer Scott Hendricks. Not only did their music ignite, but the two also fell in love right away, which caused Hill to call off her engagement. Hill and McGraw got married in 1996, and more than 20 years later, they’re still one of the most enduring couples in country music. Before filing for divorce in 1978, Tina Turner and musician Ike Turner were one of music’s most well-known acts. Turner started dating Erwin Bach, a German record executive who is 16 years her junior, in 1985. After 27 years of dating, they were married in 2014.