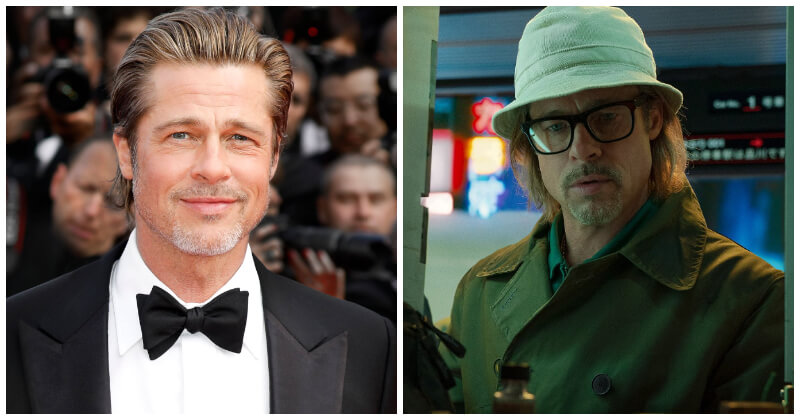 Brad Pitt is one of the most successful actors in the world, but his movie days may soon be over. He has spoken out about his days left in Hollywood.

The Oscar winner, who made his big-screen debut in the 1989 horror film Cutting Class, rose to global star with his role in the 1994’s Legends of the Fall.

Pitt began acting in his 20s, and he is now coming to the late stage of his film career in the new cover story for the August issue of GQ.

“I consider myself on my last leg,” the 58-year-old actor said. “This last semester or trimester. What is this section gonna be? And how do I wanna design that?” His big career has been flourishing with more than 70 film roles, such as “Legends of the Fall, “Fight Club”, “The Curious Case of Benjamin Button”, Moneyball”, and “12 Years a Slave” and “Once Upon a Time…in Hollywood”.
In the last few years, Pitt also established his production company, Plan B, which has released several remarkable movies, including 12 Years a Slave, Moonlight, and Minari. Recently, Plan B has announced the release of Women Talking, an adaptation of Miriam Toews’ novel about a group of women in an isolated religious colony who struggle to deal with their problems after a series of sexual assaults committed by the colony’s men.
“It’s as profound a film as anything made this decade,” Pitt said to GQ about the adaptation. Plan B is also working on the upcoming Blonde, an NC-17 adaptation of Joyce Carol Oates’ fictional biography of Marilyn Monroe.

Pitt introduced that his production is “gratifying in new and different ways,”. He also revealed he gradually tends to work as a producer instead of as an actor in the future. However, Brad Pitt is a brand name in Hollywood, he certainly wants to end his career in the most impressive way. Therefore, he will come back with an action thriller directed by David Leitch this summer. The movie is about five assassins aboard the titular fast-moving train from Tokyo to Morioka as they fulfill their missions are all linked. Pitt will portray an assassin codenamed Ladybug. “The movie, in a sense, is a meditation on fate, things you can’t control, and how you impact somebody’s life halfway around the world and you don’t even realize it,” Leitch told EW in May. “All of these crazy characters are connected in ways they don’t understand yet. It all comes to fruition in the end.” Finally, Pitt shared about his time in Hollywood, “I’m one of those creatures that speak through art. I just want to always make. If I’m not making, I’m dying in some way.”
So perhaps Pitt’s days in Hollywood are just a small number. Let’s watch the trailer for Bullet Train below. It could be Brad Pitt’s last movie, so many people are looking for the movie’s premiere on August 5. We hope the best of luck for Brad Pitt in any of his decisions in the future.