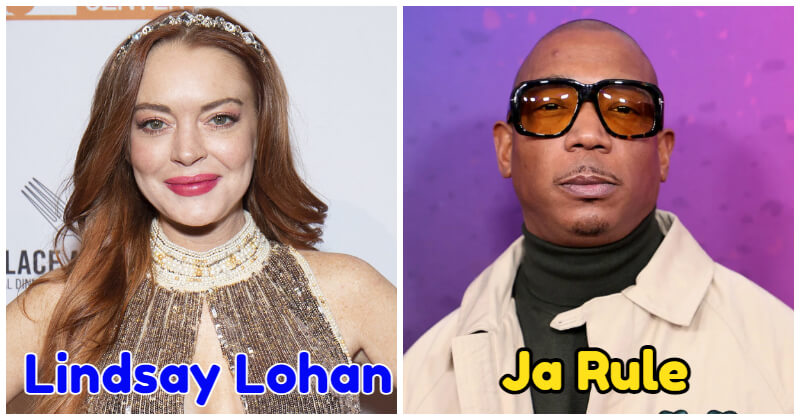 The IRS is one of the most terrifying institutions in the US. So much so that even the Joker won’t mess with it.

Why? Because it monitors our taxes. The IRS’s duty is to assist the vast majority of taxpayers who follow the tax law while ensuring that the minority who refuse to comply pay their fair share.

Every year during tax season, many of us are scrambling with our taxes. Either by hiring a professional accountant or by going through our money ourselves, we have to turn in our taxes at the right time. Or risk the wrath of the IRS.

The more we make, the bigger our taxes are. And celebrities make a lot of money. Unfortunately, not many would turn in the full taxes to the IRS. Some celebrities deliberately used dubious practices to get out of paying their taxes.

And they got cut. Here are 21 celebrities who are now on the IRS’ watchlist for dodging taxes and got cut. Lindsay Lohan, the former child star, has had her fair share of run-ins with the authorities. It was reported in 2017 that Lohan owes $100,000 in taxes.

Charlie Sheen allegedly assisted Lohan in repaying an extra $100,000 in tax-related debt in 2012. Willie Nelson resolved a $16.7 million tax debt with the IRS in 1993, in one of the most high-profile tax lawsuits in music history. His accountants built up tax shelters that the IRS ruled were unlawful, resulting in massive penalties.

Nelson’s lawyer was able to negotiate a lower debt of $6 million, but the government nonetheless confiscated and auctioned his property. Fortunately, the majority of his property was purchased by relatives and friends, who soon returned it to him. When she was unable to pay her tax obligation, the IRS took possession of her home, forcing her to live in rental rooms until her death in 1969. Teresa and Joe Giudice, stars of Real Housewives of New Jersey, were charged in 2013 with 39 charges of conspiracy to conduct mail and wire fraud, bank fraud, making false representations on loan applications, and bankruptcy fraud.

The Giudices first pled not guilty, alleging that they were being targeted because of their famous position. However, the two agreed to a guilty plea agreement that involved a jail term for each of them. Over the course of his career, actor Nicolas Cage has acquired a dinosaur skull, two castles, and more than a dozen residences. Is it any surprise, then, that the IRS issued a $6.2 million tax lien against him in 2009?

As if that wasn’t enough, Cage received a $6.7 million tax lien from the IRS later that year. Prior to her run-in with the law in 2004 for insider trading, Martha Stewart was sentenced to pay $220,000 in overdue taxes on a New York state property.

Stewart allegedly neglected to pay the sum at first because she claimed she didn’t spend much time on the property. Dionne Warwick, a singer with scores of songs, is hardly someone you’d expect to declare bankruptcy. But, with over $7 million in federal IRS debt in 2013, she did just that.

Warwick, who now lives in Brazil, is said to be negotiating with the state of California to repay her debts. It was revealed in April 2021 that Ja Rule and his wife, Aisha Atkins, owing to the IRS almost $3 million in back taxes. Later that month, Ja Rule allegedly paid the whole sum.

This was not Ja Rule’s first brush with the law; in 2011, he was sentenced to 26 months in jail for failing to file income tax filings with the IRS. Pamela Anderson, the star of Baywatch, was served with two tax liens. The first time was in 2010 when she owed about $493,000 in delinquent personal income taxes. In 2012, Lil Wayne owed almost $7 million in past taxes, but owing to a rough recording deal, the rapper was short on cash.

Believe it or not, it was fellow rapper Jay-Z that assisted Lil Wayne in climbing out of his hole. During a 2018 concert in Chicago, Lil Wayne openly honored Jay-Z. Christie Brinkley was charged with nearly a half-million dollars in delinquent taxes on her $30 million Long Island property in 2011 – $531,000 to be exact.

Brinkley swore to reply to the IRS lien lodged against her quickly and reimburse them in full. According to the IRS’ federal tax lien, boxer Floyd Mayweather Jr. owed a record $22.2 million in taxes from 2015.

Mayweather Jr. submitted a petition with the IRS seeking a tax respite until after his bout with Conor McGregor. In 2015, he claimed to have paid the IRS $26 million. Lauryn Hill pled guilty to tax fraud charges after failing to pay $1.8 million in taxes between 2005 and 2007.

After accounting for delinquent state and federal taxes in 2008 and 2009, her outstanding balance was about $2.3 million. She began a three-month prison sentence in Connecticut in June 2013. Martin Scorsese is known for directing great films like Taxi Driver and Goodfellas, but did you know he owed $2.85 million in taxes in 2011? Mary J. Blige failed to pay taxes on income earned in 2016 and 2017, resulting in an IRS tax debt of approximately $1.2 million. Most people recognize O.J. Simpson with his high-profile murder trial, but as of April 2021, the former athlete owes $1.4 million in overdue taxes.

However, collecting that money will be difficult. Simpson is presently serving a life sentence in a Nevada jail for abduction and armed robbery. Mike “The Situation” Sorrentino of Jersey Shore was sentenced to two years in prison after pleading guilty in January 2018 to submitting false tax returns totaling over $9 million.

In 2014, the reality personality and his brother Mark were charged with tax evasion and conspiracy to defraud the United States. Baldwin, on the other hand, pled not guilty. Baldwin was given five years to settle the bill; if he paid it back within one year, he may escape probation. By 2014, Baldwin had completely paid off his loan. Sophia Loren, an Italian actress, was imprisoned in 1974 over a tax dispute. Her accountants concluded that her tax bracket required her to pay 60% of her income, whereas the government demanded 70%.

Loren’s accusations were dropped 39 years later – after all, the amount she reported in 1974 was right. The comedian’s debts apparently extended to his credit card history, with him owing $32,000 to Bank of America and $375,000 to American Express.

Sinbad owes the IRS nearly $8 million and California taxes authorities another $2.3 million, according to reports from 2013. Snipes offered $842,000 to assist pay off his debt but was nonetheless sentenced to three years in jail. He eventually had to pay the IRS $9.5 million to cover what he owed in 2020.

Between 1999 and 2004, actor Wesley Snipes made a stunning $40 million without paying any income taxes. As a result, Snipes was charged with three misdemeanor charges of failing to file his federal taxes.

18 Celebrity Interview Moments That Are Highly Awkward And Uncomfortable