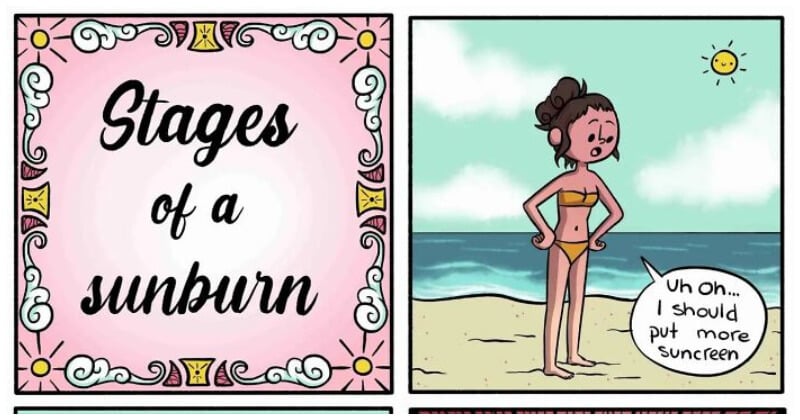 Blanche is a Canadian artist with an unquestionably unique sense of humor. She enjoys making comics that can make others chuckle since she enjoys laughing. 20 funny comics by comedian artist that will make your day.

The artist, who obtained a Bachelor’s degree in comic arts from the Université du Québec en Outaouais (UQO), makes humorous illustrations that depict odd events in life or a make-believe universe populated by mermaids and other creatures.

Making comics, according to Blanche, is a lot of fun. “It’s a really adaptable kind of art. They also touch on some of the other forms of art I enjoy, like cinema or animated films. Comics are essentially a movie you read, with frames and points of view, characters, plots, scenarios, dramas, comedies, horror, beauty, and a long list of other elements. I simply adore it.” We’re hoping you’ll feel the same way! Blanche revealed that she has been reading lots of comics ever since she was young. Around the age of 13, she decided to draw her own story and that’s how comic creation entered her life.

“I loved to draw ever since I was a child. In high school, I used to draw non-stop in class. I liked other types of art as well, like theater and improv. But comics and drawing, in general, were the only things I couldn’t live without.” Blanche gets inspired by many things, it doesn’t have to be something very special. It can be a situation the artist experienced or something really random that just came to her mind.

We noticed that a lot of Blanche’s recent comics feature mermaids, so we got curious whether it’s a new fetish of hers! The artist replied that she was participating in a challenge called Mermay. It took place in May and she had to draw a mermaid every day. “There’s a theme and lots of artists are doing it every year. I personally didn’t have time to make it for every day, but I challenged myself to do a mermaid-based comic every time I posted one for that month!” 20 Times Kids Made Their Parents Laugh All Day

24 Cursed Online Comments That Will Make You Question ‘WTH Did I Just Read?’

15 Times Expectations And Reality Are Day And Night Different

20 Funny Pics Unfolding Sweetness And Sourness Of Being A Parent

35 Random Life Hacks That Will Always Come In Handy

16 Heart-Touching Pictures That Can Melt The Coldest Hearts

Unbelievable Acts Of Kindness That Will Restore Your Faith In Humanity

People Are Mocking Elon Musk’s Viral Shirtless Pictures, And He “Deserves” To See The Memes